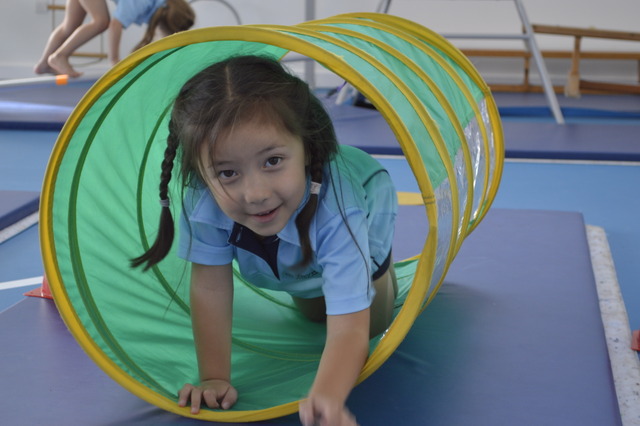 "The ethos here is to have fun and make mistakes, no spoon feeding – it feels a very happy school, with the children joking and teasing confidently with the adults and each other without overstepping the mark" Good Schools Guide 2016

In September 2015 we opened the doors to our brand new prep school, which provides a simply spectacular and inspiring teaching and learning environment. It is light, it is modern, it is fresh. We have a stunning space; our glass walls let the Hampshire countryside flood in. The children say that their school is ‘awesome’ and ‘epic’.

We understand that no school can rely on its facilities alone to deliver an excellent education and we complement our wonderful surroundings with an outstanding and engaging teaching staff, prepared to do whatever it takes to bring the best out of our pupils. We have high expectations of our children and believe that, with our support, they will be the best that they can be.

If you were to ask a St Swithun’s parent why they chose us for their child, I hope they would tell you that it is because of the values we embrace; fearlessness, resilience, self-confidence, intellectual curiosity, compassion, a sense of community and a sense of humour. We believe a child’s education should be about discovery, a sense of adventure and a spirit of excitement and fun; that good academic success and a great deal more is achieved as a result of this ethos.

We are a non-selective independent day school and, as such, our academic success is achieved through good teaching in small groups, excellent resources and facilities, supportive parents and motivated children who enjoy coming to school.

It is the children that we are most proud of and we spend a lot of time building their self-esteem. All children have different talents and skills and my teaching staff and I are committed to finding and developing these. Success in one area leads to a boost in confidence elsewhere and this helps our pupils feel secure enough to explore and take risks

When searching for a school, we believe parents look for a number of qualities – confident and engaging pupils; staff who are dedicated to ensuring that the pupils are successful and happy; an understanding that every child is different; exceptional facilities. You will find these at St Swithun’s.

We hope that our website will give you a sense of St Swithun’s. More importantly we hope that it will encourage you to come and see for yourself what we can offer your child. 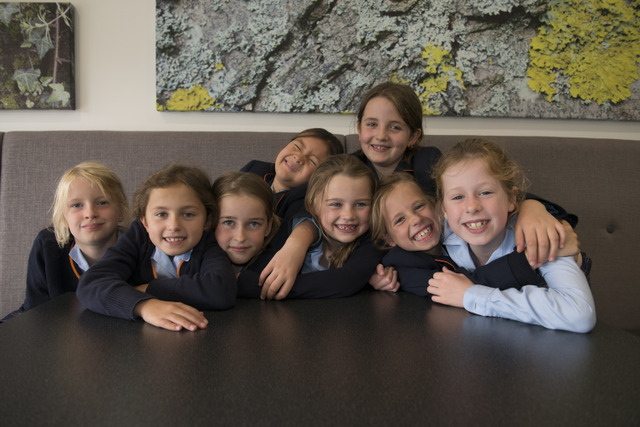 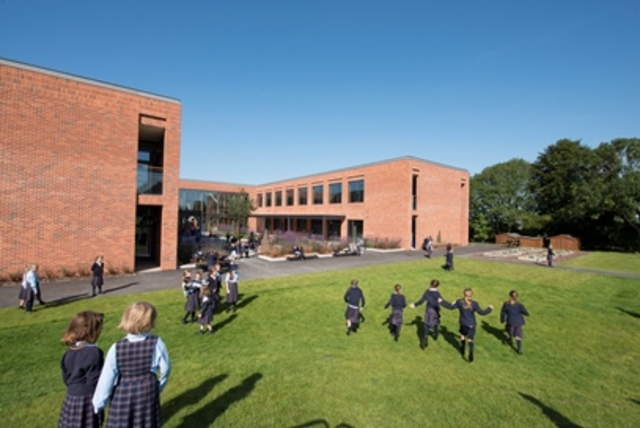 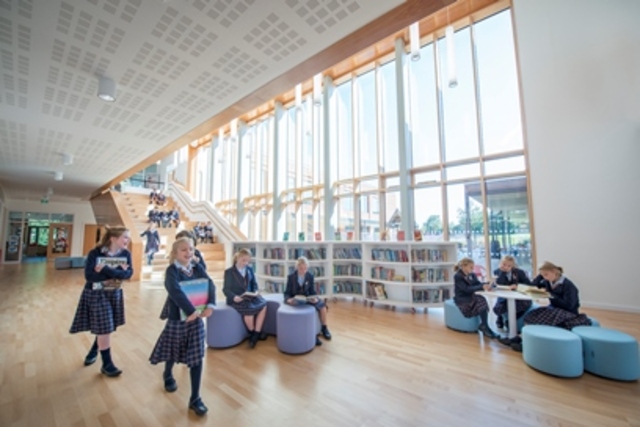 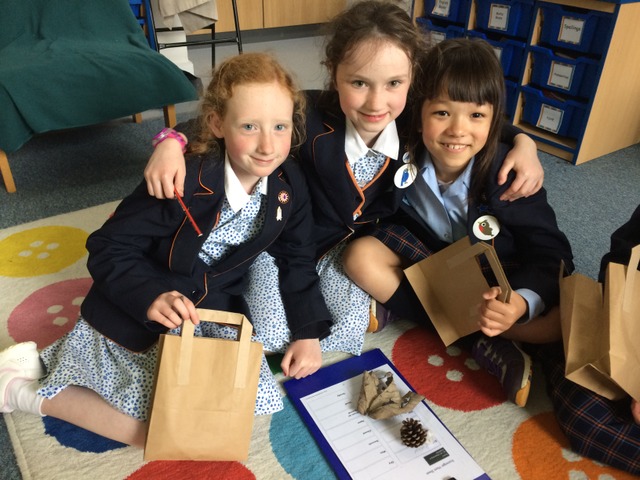 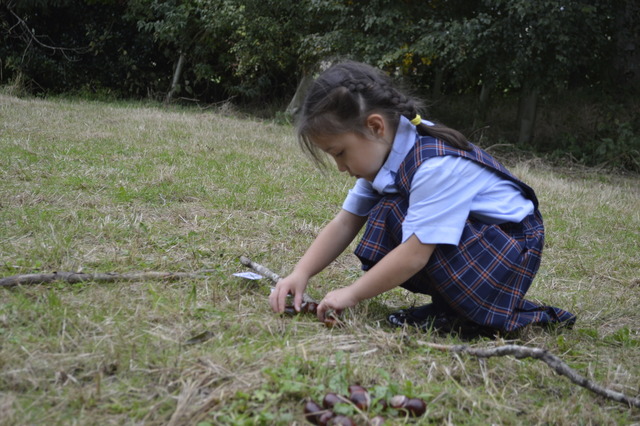 St Swithun’s Prep School, Winchester, has appointed Mark Heffernan as Head of Sport. Mr Heffernan took up his new post at the start of the summer term.

5th May 2020 — An accomplished cricketer and cricketing coach, Mr Heffernan currently plays for the Southern Premier Cricket League. He is also an endurance athlete with eight marathons and an ultra-marathon under his belt and lists cross-country running and athletics as his sporting passions.

Mr Heffernan joined St Swithun’s Prep from Ditcham Park School where he taught sport from nursery through to year 11. He was selected from a strong field of candidates and impressed the school with his vision to take sport forward with a strong commitment to both inclusive and competitive sport.

He said ‘I am excited to join such a well-renowned prep school and to be taking up the challenge to meet the high expectations of St Swithun’s. I look forward to using all my experience, both professionally and personally to further the development of sport at the school and to ensure each and every child has the opportunity to flourish within the sports programme.’

St Swithun’s, Winchester has appointed Jonathan Brough as head of the prep school with effect from the start of the autumn term 2020.

1st May 2020 — Mr Brough has been headmaster at Hurlingham School in London since 2010 with full responsibility for all aspects of educational life. Prior to this, he was head of prep at City of London School for girls for six years.

Mr Brough holds a first degree with Qualified Teacher Status specialising in English and cross-curricular primary and middle school teaching from the University of Cambridge. He earned a National Professional Qualification for Headship through the National College of School Leadership and has a Master of Arts in Children’s Literature.

Beyond the gates of his own school, Mr Brough is an Independent Schools Inspectorate inspector and a governor at a leading London day school.

Mr Brough, who was selected from a strong field of candidates said, “I am very privileged to have been asked to take on the headship of this leading school and ensure it remains at the cutting edge of excellent primary practice. Its purpose-built specialist classrooms and 48 acres of rolling fields combine to provide a best practice learning environment both inside and outside for the children. I am looking forward to returning to single-sex education with all the additional exciting possibilities that it presents, in a school for which I have a long-standing admiration”.

Jonathan Brough is moving to Winchester to take up his new post in September.

25th March 2019 — During his visit to St Swithun’s Mark worked with year 5 pupils, talking them through sprinting mechanics such as dynamic movement, and explaining how best to switch on short fibre muscles, how to achieve an explosive sprint start and the importance of using your arms. The students participated in a number of drills and fun races.

Mark later led a whole-school assembly where he talked about his fascinating journey from his early years to the Olympics and beyond. He highlighted to prep school children the importance of always giving their best and having grit and determination when pursuing goals.

St Swithun’s Prep headmistress Rebecca Lyons-Smith said “Mark’s message about failure being an important step on the road to success is very much one we subscribe to at St Swithun’s. It was great to hear him say that it was his failures which enabled him to become a gold medal-winning Olympian. Our girls have all been inspired by Mark’s visit, especially after having the chance to hold and wear the gold medal!”

Crew from the legendary yacht Maiden visited St Swithun’s Prep School in Winchester at the start of their two-year world tour to promote equality in global education.

9th November 2018 — Maiden made history in 1990 with the first all-female crew to sail in the Whitbread round the world yacht race. Original crew member Jo Gooding visited St Swithun’s together with new skipper Nikki Henderson who is the youngest skipper ever to complete the Clipper Round-the-World yacht race.

Maiden’s tour, in support of the charity The Maiden Factor, will cover over 54,000 miles and include 23 stopovers in 13 countries. Pupils from St Swithun’s added to what will become a rainbow spiral of children’s handprints on one of Maiden’s 260sqm spinnaker sails. They also wrote messages of hope that will be carried on board as part of a collection from children at each stopover on the journey.

The patron of The Maiden Factor, HRH Princess Haya Bint Al Hussein is the daughter of the King of Jordan, who funded Maiden’s original 1990 round-the-world challenge. The charity’s vision is to remove the barriers to girls’ education around the world.

Kate Grosscurth, deputy head of St Swithun’s Prep School said ‘We are so pleased and inspired to be working with this charity and to follow the incredible journey of these amazing women around the world. They demonstrate the grit, gratitude and generosity which are an important part of our school culture and it is very appropriate that they visited us on the United Nations International Day of the Girl’.

10 year olds Lois Macdonald and Freya Austin, both students at St Swithun’s Prep School in Winchester, have raised £1,500 for the Borne charity which carries out research into the causes of premature birth.

27th September 2018 — 10 year olds Lois Macdonald and Freya Austin, both students at St Swithun’s Prep School in Winchester, have raised £1,500 for the Borne charity which carries out research into the causes of premature birth. They raised the money through a sponsored triathlon involving a mile long swim, a 5km cycle ride and a 5km run.

Lois, whose family has been deeply affected by premature birth, and her best friend Freya set out to donate £600 to Borne. They used the swimming pool, playing fields and athletics track at St Swithun’s to complete the triathlon challenge in scorching late summer temperatures. Both were delighted to learn that they had more than doubled their pledge with a huge £1,510 for the charity.

St Swithun’s Prep School sports teacher Katy Iliffe said “40 minutes of tough swimming, a 5km cycle and 12 and a half laps of the track on tired legs was a huge challenge. Lois and Freya needed real grit and determination to achieve their goal. I am so proud of the way they just kept going”.

In recognition of their contribution, the girls have been invited to the Borne laboratories in London to see the charity’s work in action. They also received a letter of commendation and thanks from Borne’s founder.

The St Swithun’s team qualified to take part in the tournament via the Road to the Copperbox competition, hosted by netball super league team Surrey Storm.

After a tight victory in the opening game, and two comfortable wins in their remaining group matches, the team advanced to a semi-final against Hoe Bridge School, the National IAPS champions. Holding their nerve, the St Swithun’s team scored the winning goal with 15 seconds of play remaining. They played the final of the competition on the Copperbox show court during half time of the London Live Superleague match between Surrey Storm and Loughborough Lightning.

Team coach and head of games at St Swithun’s Roger Marshall said: ‘The final of the Copperbox tournament was the culmination of four years of school netball and their last match as a team. To overcome the national champions and play on the show court at the Copperbox in front of the huge crowd at London Live was a fitting end to their time together.’

Your first step is to request a prospectus which can either be done via the prep school website or by calling Mrs Sara Mathieson, the Prep School Registrar, on 01962 835792. Once you have received this, please contact us to make an appointment to see headmistress, Mrs Rebecca Lyons-Smith, and have a tour of the school.

You are very welcome to contact us at any time, if you have any questions or require further information.

We look forward to meeting you when you visit.