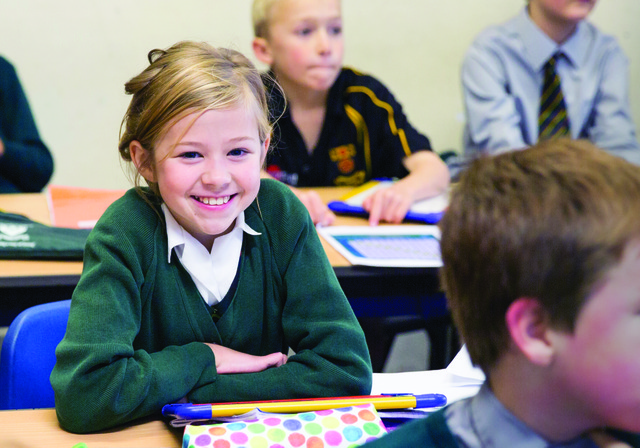 St Benedict’s is London’s leading independent Catholic co-educational school, in leafy Ealing. Within a caring, happy community, St Benedict’s has strong academic standards, with considerable ambition for future academic success. The Junior School and Nursery offers a holistic education for children aged 3 to 11, which continues through the Senior School and Sixth Form. St Benedict’s, which welcomes children of other Christian denominations and faiths, is committed to supporting all children to develop their full potential.

Inspirational teaching and exceptional pastoral care are at the heart of the education we offer.

The Junior School and Nursery provide a supportive, friendly and vibrant co-educational environment in which to learn. In the Nursery a carefully planned and child-centred programme enables and extends learning and development. The Junior School provides a broad and balanced curriculum based on a rigorous academic core.  Sharing excellent facilities with the Senior School, and participating in a programme of cross-curricular activities, helps ease the transition at 11+ to the Senior School, which is on the same site.

There are extensive opportunities in music, art, sport and drama. St Benedict’s has a proud sporting tradition, which promotes the highest sporting aspirations while encouraging everyone to enjoy sport, fitness and teamwork. Music is excellent, with several choirs (including the renowned Ealing Abbey Choir) and many instrumental ensembles. A wide range of co-curricular activities is offered, and an after-school club is available at the Junior School.

There has been huge investment in building and facilities at St Benedict’s. Having opened our new Sixth Form Centre and Art Department in 2015, a new Nursery and Pre-Prep Department will open in September 2017, providing our youngest pupils with a first-rate learning environment.

St Benedict’s School is unique. Come and visit and see what we have to offer. You can be sure of a warm Benedictine welcome. 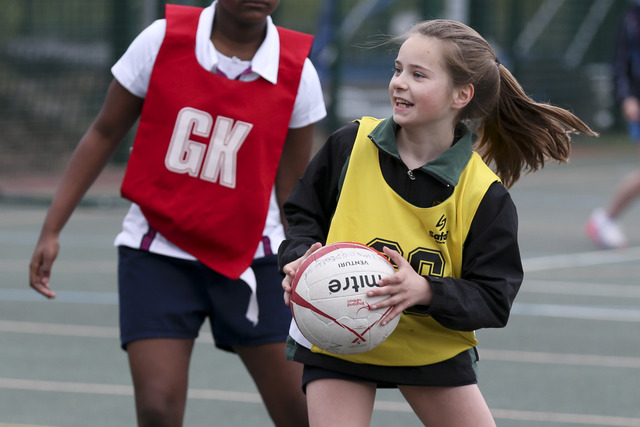 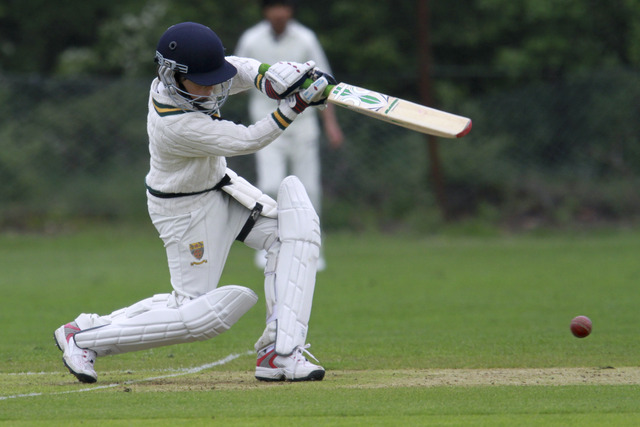 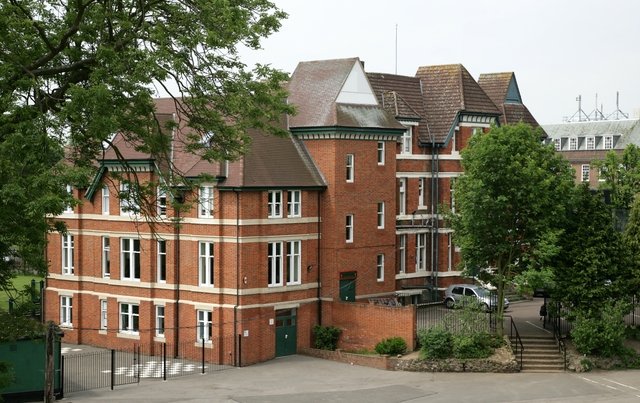 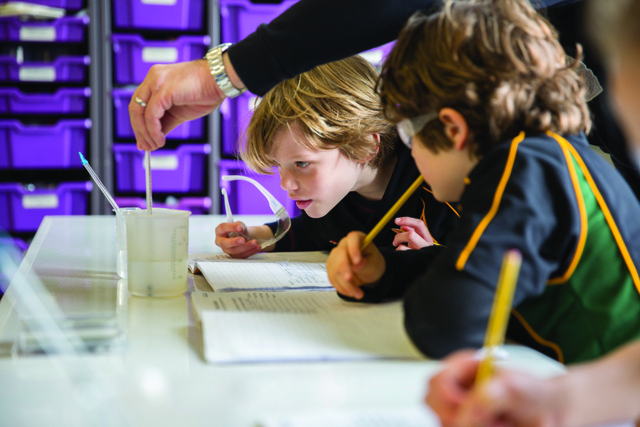 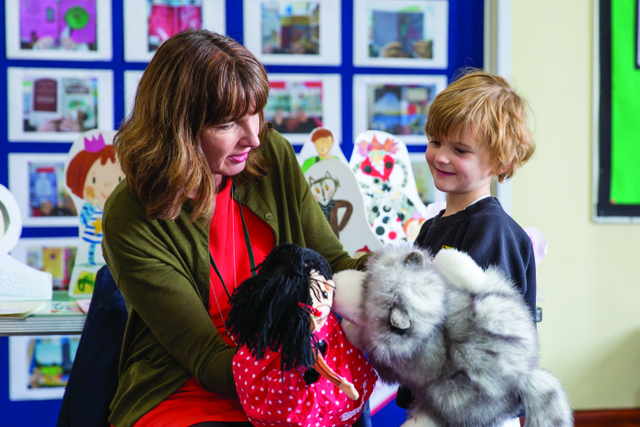 Please consult our website for information regarding scholarships and bursaries:

Back to Tudor England

Back to Tudor England

This term, children in years 5 and 6 at St Benedict's Junior School are learning about the Tudors and began their ‘Travel and Treason’ project with a trip to the Golden Hinde and the Globe Theatre.

From our coach we gazed out at London and saw the Houses of Parliament, River Thames, and The Tower of London. After this, we hopped off the coach ready to explore. Our first adventure was at the Globe Theatre. A nice lady called Rachel, who was an actress herself, showed us round and asked us what we knew about Shakespeare. Then she showed us the stage and we sat on the top layer of the tiered seating. The theatre had an open thatched roof and it was all made out of wood (even the bolts). We watched a short part of A Midsummer Night’s Dream. Rachel explained that the actual Globe Theatre, which was around during Shakespeare’s life, had burnt down after a showman had shot a canon too low and had hit the thatched roof.

After that we did a workshop about one of Shakespeare’s plays, Macbeth. We had to think, act, talk, and even walk like our character. We acted out the scene where Lady Macbeth tries to convince Macbeth to kill the king. It was a very interesting and I think it brought out all of our dramatic sides.

Our second adventure was on the Golden Hinde where an enthusiastic lady called Martha showed us round. She explained all features of the ships and covered the story of Sir Francis Drake. She took us to the front of the ship and asked what we noticed about it. I told her it was smaller than I expected……

While on board the ship we visited the top deck and saw where the steering wheel was and she explained that the ship we were on was unfortunately not the actual Golden Hinde but an exact remake of it. She told us how they steered the ship: they would have had only a candle and a compass to navigate. A few minutes later we went to the bottom deck where we were shown the knights’ wooden helmets which sailors touched for good luck. They also had slabs of wood they used to wrap ropes around to secure them, called pins.

On the next deck there were weapons the sailors would use to defend themselves with, along with canons. Martha told us that they had children on board the ship called powder monkeys. They were used to carry the gun powder because they were so small so could run through the decks quickly. This deck was also the deck the crew used to sleep on. The last deck was where they had their meals and would keep food and water. After that Martha showed us Sir Francis Drakes’ journey.

The tour was fascinating and we all got a feeling of what it would have been like to have sailed on the ship. It was a superlative, fun day for Form 2 and we thank all our teachers for organising it.

Children in Year 4 at St Benedict's visited the Verulamium Museum at St Albans, to enrich their learning about Roman life.

12th September 2019 — Verulamium Museum is filled with ancient treasures and some of the finest mosaics outside of the Mediterranean. The children had the opportunity to handle real Roman artefacts and explore what life was like in one of the largest Roman cities in Britain. They immersed themselves in Roman life, explored Roman rooms and admired intricate large-scale mosaics on display. They also viewed recent discoveries such as the Sandridge Hoard, a collection of 159 Roman gold coins.

Wasps rugby player Joe Simpson was Guest of Honour at St Benedict’s Junior School Prize Giving this week. Joe is a former pupil of St Benedict’s Ealing, which he represented at both rugby and cricket.

8th July 2019 — The 30-year-old once-capped England scrum-half has played for Wasps for over a decade and will join Premiership rivals Gloucester next season.

After presenting the prizes – including the Victor Ludorum Cup which he himself had won at St Benedict’s three times – Joe spoke about the need for empathy and kindness in his address to pupils, parents and staff. “Be a nice person – the world really needs them”, he said, adding that supporting each other can yield exceptional success for everyone: “What goes around comes around. If you are kind to others they will be kind to you. Resist saying unkind things, on social media or anywhere else.” Joe praised Fiji rugby coach Ben Ryan, who creates an ethos of encouragement and support, partly by banning negative ‘banter’.

The St Benedict’s Junior School Headmaster, Rob Simmons, talked about the pupils’ many achievements this year, including their recent production of Bugsy Malone. Highlighting the importance of finding talents and developing them to the full, he quoted the American poet, singer and civil rights activist Maya Angelou::“My mission in life is not merely to survive, but to thrive; and to do so with some passion, some compassion, some humour, and some style.”

10th December 2018 — The eldest sister, Helena, who is in Year 7, performed several piano solos and was awarded 'First Class' for each. She also accompanied her sister Lydia (in Year 6), who played the trumpet. Not to be left out, six year-old Rebecca played two solos and also gained top marks.

The West London Pianoforte Festival is now in its 15th year, and gives musicians of all ages the opportunity to showcase their talents. It takes place over several weekends in November and is held in the beautiful St Mary's Church, Perivale, and at St Benedict's. This year the festival was adjudicated by Eva Maria Dorszkowskava, a concert pianist and tutor at the Royal Academy of Music, and Anthony Williams, Head of Keyboard and Instrumental Studies at Radley College, Oxforshire.

Two brothers in Year 6 at St Benedict’s have been accepted into the National Youth Boys’ Choir. They auditioned with hundreds of young singers from all over the UK.

4th December 2018 — George and Mark are choristers in the Ealing Abbey Choir, and also sing in other choirs at St Benedict’s Junior School. They will attend two National Youth Choir residential courses later this year, joining up to 150 singers of the same age. The Director of Music at St Benedict's, Chris Eastwood, said: "I am delighted that Mark and George have been offered places in the National Youth Choir of Great Britain. I am sure they will enjoy being part of this world-renowned choir." St Benedict’s has a strong choral tradition and pupils of all ages sing in the school’s many choirs. The school has a long-standing and successful partnership with the highly acclaimed professional choir VOCES8, who regularly work with St Benedict's singers and give concerts with them. There are five NYCGB choirs: the National Youth Choir (for singers from Year 12 upwards), Chamber Choir, Training Choir, Boys’ and Girls’ choirs. All sing a broad range of challenging music, from traditional choral repertoire to brand-new music. Inspiring conductors and vocal tutors guide singers’ vocal progress and develop musicianship. NYCGB performs at venues around the UK, including the Royal Festival Hall, the Royal Albert Hall and Sage Gateshead.

Children learn about World War I at St Benedict’s

Children learn about World War I at St Benedict’s

30th November 2018 — The children learned about the causes, geography and strategies of WWI, and how it eventually came to an end a hundred years ago. They found out why so many young men were keen to enlist in 1916 – driven by a sense of adventure and the belief that it would “all be over by Christmas” - and designed recruitment posters, inspired by Lord Kitchener’s famous quote - ‘Your country needs you'. The children also devised their own strategies for the devastating Battle of the Somme. There was also a chance to dress up, as troopers, generals and field hospital nurses, and to practise some drill commands with St Benedict’s Combined Cadets Force instructor.