Bede's is a coeducational independent school for 13-19 year olds.

The School is set in 140 beautiful acres of the Sussex Downs and is situated in an area of Outstanding Natural Beauty and Special Scientific Interest.

Our current student roll is 750, with over 300 of our students boarding at one of our 5 stunning boarding houses which were recognised by the Institute of Chartered Surveyors in 2013 for their Outstanding Design and Innovation.

Bede's is a place where every pupil is truly treated as an individual and where we enrich young people in a holistic way - not only for success in the material sense but in ways which enable them to flourish meaningfully, as rounded human beings.

Bede's inspires young people to achieve in every facet of their educational experience.

To do this, we place the individual and their passions at the heart of what we do.

Our philosophy of breadth and excellence in the academic curriculum as well as our range of cultural, aesthetic, intellectual and sporting activities outside the classroom serves our pupils' uniqueness very well.

Most importantly, these enriching experiences are open to everyone and not just an elite few.

Pupils, teachers and parents all have roles to play in the Bede's community, and we encourage everyone to set their sights high.

Our aim is for each child to make an outstanding contribution in all aspects of their lives: in school, in the local community and the wider world.

We will do everything we can to make that happen. 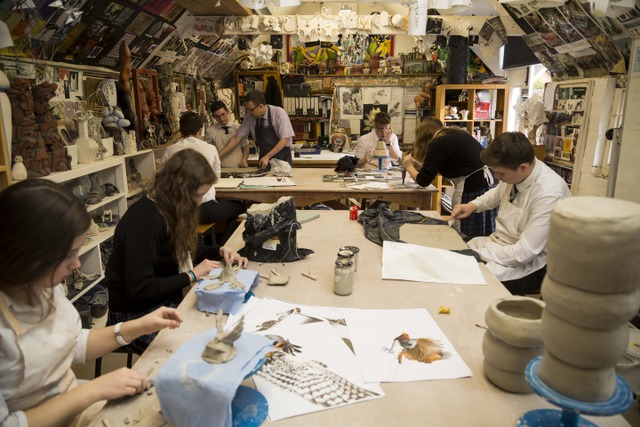 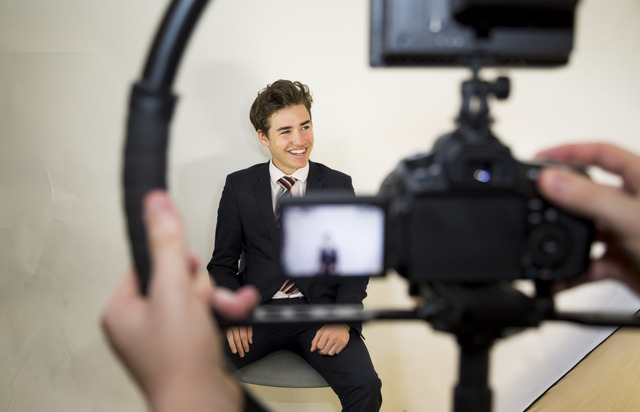 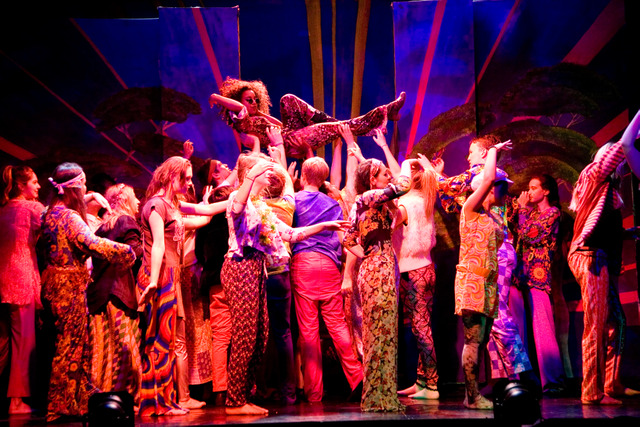 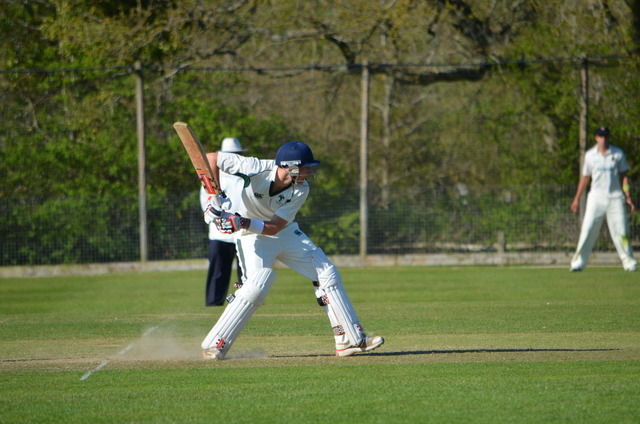 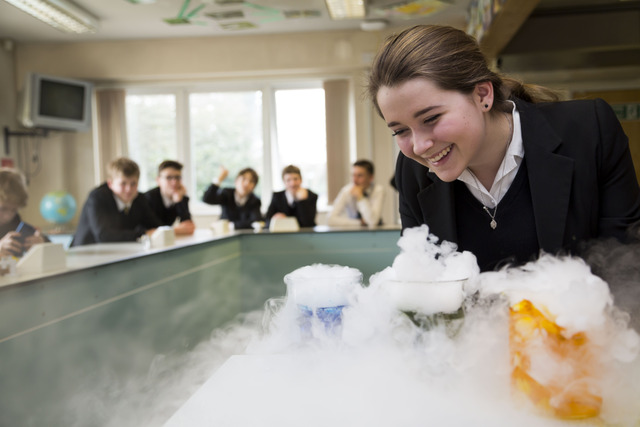 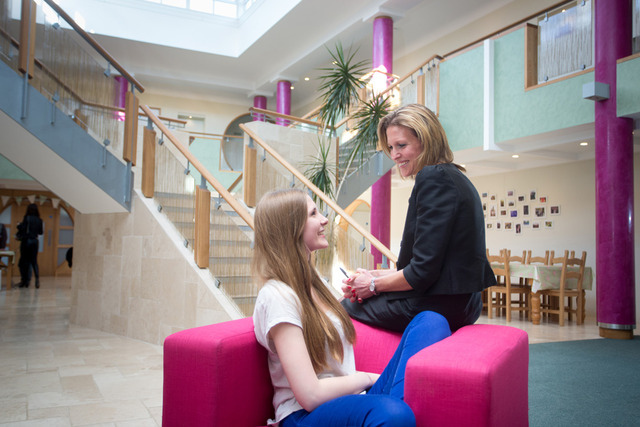 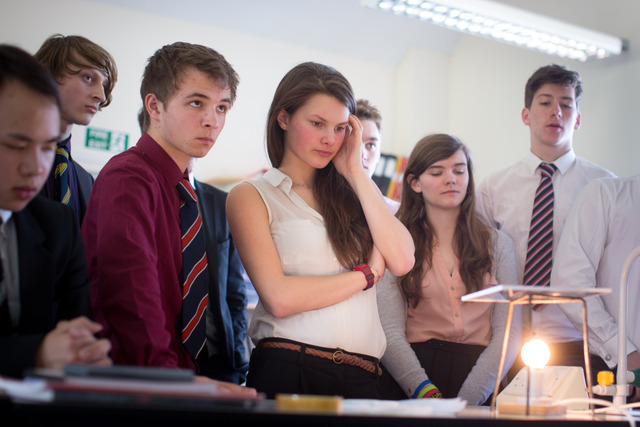 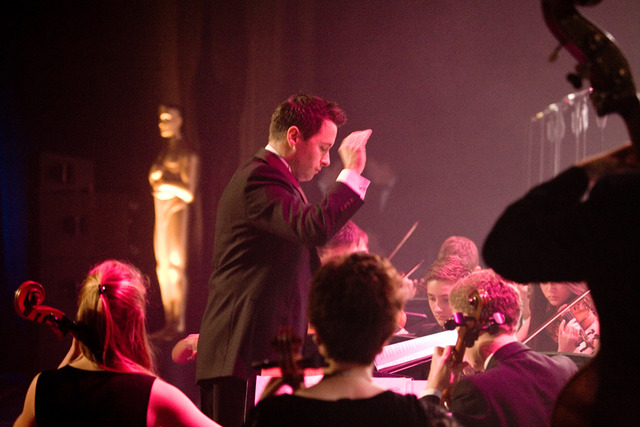 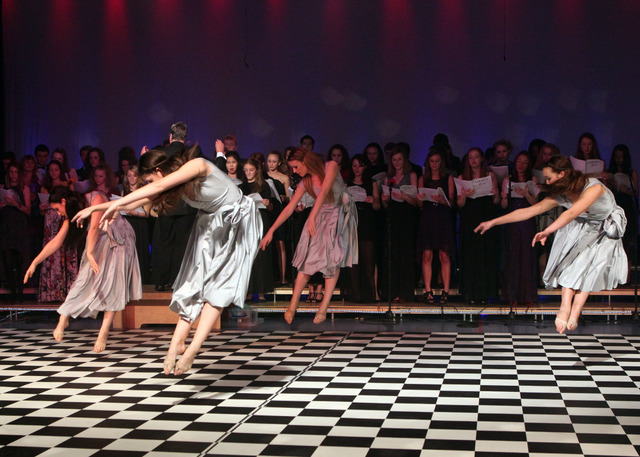 Following the government guidance for UK schools to close from Friday 20 March, Bede’s has implemented online remote learning for all of its pupils across the Trust.

20th March 2020 — The remote learning put in place will ensure that the School’s high standards of academic learning and pastoral care continue to be met throughout the Coronavirus crisis.

Mr Peter Goodyer, Headmaster and CEO at Bede’s, comments, “We realise this is a deeply worrying time for all our pupils, parents and staff, and have put procedures in place to ensure learning continues for all our pupils and that we continue to support their wellbeing. Of course school life will look very different over the coming weeks, but we will do all we can to try and keep things as ‘normal’ as possible.”

Mr John Tuson, Deputy Head at Bede’s, explains, “An enormous amount of work has been undertaken at the School over the past few weeks to plan for remote learning. Alongside our long-established learning platform, pupils and teachers have been learning how to use the new interactive technology that has been launched as part of the School’s long-term digital learning strategy.”

‘Remote’ lessons will be delivered with a similar structure to the school day, accounting for breaks and lunchtimes. Teachers will deliver interactive lessons for an hour – for which pupils are expected to ‘attend’ (albeit remotely) – as well as setting tasks, providing feedback and answering questions. For the Senior School’s 350 international boarders, who may be in different time zones, some lessons will be recorded to enable pupils to catch up.

Bede’s has also created a remote learning guide for parents, which will be shared on the School’s website and social media pages. Hints and tips include making space for learning in a quiet, comfortable room; keeping to a ‘normal’ school day routine, with task deadlines and regular breaks away from screens and devices; encouraging your child to interact with their friends via video chats to limit feelings of social isolation; and, if possible, communicating with your child throughout the day about their school work to help keep them on track and reinforce their learning.

Mr Goodyer continues, “We are here to help, and strongly encourage all parents and pupils to stay in touch with their tutor and teachers throughout this remote learning process. At Bede’s we pride ourselves on our strength as a community and our care for each other: never has this been more important than in the current crisis.”

On World Book Day, we are delighted to introduce some budding young authors and names to look out for in the future: the winners of the Bede's Writers' Competition 2020.

5th March 2020 — This year’s competition centred on the theme of ‘beauty’. The judges, Mr Oliver, Head of English at Bede’s, and Miss Evans, Librarian at Bede’s, comment on this year’s entries: “It was wonderful to see such a broad range of truly imaginative and accomplished work. As we hoped, pupils from all year groups interpreted this stimulus in unexpected and daring ways, so it was no mean feat for us to whittle down a shortlist of writers from over fifty well-crafted submissions.”

After much discussion, the judges awarded Jack White, Will Quibell and Milly Gibson in the junior category, while Sam Bickersteth, Maddy Goodman and Eliane Boyer were honoured in the senior category. Milly and Eliane were announced overall winners.

Mr Oliver says of the winning entries, “Milly impressed us with her mature and ambitious deconstruction of the myth of beauty, while Eliane’s imaginative daring, thoughtful characterisation and use of language also made her a deserving winner.”

Many of this year’s Writers’ Competition entries will be collated for the annual publication of ‘Small Island’, Bede’s creative writing and art journal, which will be published later this year.

17th February 2020 — Allistair is recognised as one of the world's leading figures in human performance, team culture and leadership. He has worked with numerous high-profile athletes (including Olympians and Grand Slam Champions) and organisations, written three bestselling books, and travelled the globe delivering keynote speeches.

During his visit to Bede’s, Allistair spoke with the School’s Sports Scholars and Sixth Formers about how best to optimise their potential – in sport and beyond. Key messages included the importance of exceeding expectations by doing more than asked, instilling discipline to reach your goals, and fostering a positive and motivational attitude for the benefit of yourself and your team.

Mr Peter Goodyer, Headmaster at Bede’s, comments, “It was a pleasure to welcome Allistair McCaw to our school; his talks were engaging, inspiring and truly motivational, and I am sure that our pupils will remember his wise words for a long time to come.”

13th February 2020 — A mother-and-daughter pair of black lemurs, Mary (15 years old) and Mogoi (6 years old), have arrived from Parc Animalier d’Auvergne in Southern France. Black lemurs are listed as vulnerable on the IUCN Red data list and their population is declining in the wild, with numbers decreasing due to habitat loss and being hunted for food.

Helen Poyser, Zoo Manager at Bede’s, says, “We are delighted to welcome Mary and Mogoi to the Bede’s Zoo family, and it is wonderful to see them settling in so well already. We are looking to eventually integrate the girls with our ring-tailed lemurs, but this will be a slow process while they get to know each other in adjoined separate enclosures.

“As a species, black lemurs originally hail from Madagascar and have sadly experienced a shocking decline in the wild. Our lemurs at Bede’s act as ambassadors for their species, allowing us to educate people and help raise awareness of conservation efforts. The long-term viability of the species can only be assured in Madagascar if the current situation changes radically.”

Bede’s is one of only a few schools in the UK with a zoo. Primarily used as an educational facility, Bede’s Zoo hosts over 70 species of mammals, birds, amphibians, reptiles, fish and invertebrates. The facility is the cornerstone of the Sixth Form BTEC Animal Management course which, since its launch in 2013, has seen over 60 students complete the qualification (the majority at Distinction level) and go on to further studies and careers in veterinary medicine and nursing, zoology, and conservation. Bede’s also offers a popular Zoological Society activity for all pupils interested in animal management and care.

4th February 2020 — On the Friday, Sarah Wildor, former principal dancer with the Royal Ballet Company, delivered a one-day repertoire masterclass focusing on George Balanchine’s ‘Symphony in C’, which works with basic motifs and patterns for the corps de ballet.

Emma Manes, Teacher of Dance at Bede’s, says, “The Bede’s Legat Dance Academy students were delighted to have the chance to work with such an experienced performer, with Phoebe Tucker, Lower Sixth, commenting, ‘Sarah’s workshop was fantastic! She taught in a very calm, gentle way but the exercises were fast paced and you had to pick them up quickly’.”

The next day, Alistair Postlethwaite, dancer with Matthew Bourne, K Ballet, Scottish Ballet and New English Contemporary Ballet, visited Bede's to deliver a morning ballet class with the Bede’s Legat Enrichment Dancers and Legat Associates. Alistair will continue to work with the students over the next three weeks, and will also put together an original piece of work for the Legat Dance Showcase this summer, which will be held at The Attenborough Centre, Falmer in June.

Emma Manes continues, “The Bede’s Legat students found working with Alistair incredibly enjoyable, as he demonstrated the exercises with passion and enthusiasm.”

School children look to the stars at Bede’s Galactic Challenge

School children look to the stars at Bede’s Galactic Challenge

On Saturday 18 January, over 120 Year 6, 7 and 8 budding engineers from across Sussex and Kent travelled to Bede’s Senior School in Upper Dicker for its annual Galactic Challenge event.

Each team was tasked with allocating a President and then Heads of Department to lead key areas of the design including Human Engineering, Structural Engineering, Operations Engineering and Management. The teams then collaborated to create a design proposal, which they then presented to assembled parents and a judging panel featuring prominent STEM ambassadors and experts from the UKSDC in the afternoon.

Following their presentations and Q&A’s, the judges announced Solaris Flight Systems as the winning team, with each pupil receiving a certificate and medal. Mr Richards, Galactic Challenge CEO and Teacher of Maths at Bede’s, says, “Choosing the winning proposal is never easy and this year was no exception. The presentation from the Columbus Aviation team was as professional as any we have seen over the years, but it was just pipped at the post by the proposal from Solaris Flight Systems who addressed more aspects of the brief and included some excellent drawings and well thought-out power and communications systems.”

Mr Richards continues, “We were truly impressed with everyone’s efforts and teamwork at this year’s Galactic Challenge; for children of such a young age, the ideas, imagination and cooperation shown throughout the day was astounding, and all involved should be very proud of what they achieved. This was our biggest year to date in terms of numbers, and it is fantastic to see the event getting more and more popular year on year. As well as encouraging children to pursue STEM in their studies – and potentially future careers – the Galactic Challenge offers an opportunity for them to build teamwork, communication and leadership skills. We very much look forward to next year’s event.”

Bede’s welcomed three new schools to the Galactic Challenge this year: Pennthorpe, St Andrews and Vinehall. The next Galactic Challenge at Bede’s will provisionally take place on Saturday 16 January; any interested schools should contact b.richards@uksdc.org.