Set in a beautiful, safe and idyllic island setting just off the South Coast of England, Ryde School with Upper Chine (known locally as Ryde School) is a thriving, prosperous school providing exceptional educational opportunities for boys and girls in a nurturing environment – helping them to grow as independent individuals with ambition and purpose. Co-Ed Senior school with a Junior department and pre-prep school.

Ryde School is a safe, supportive but most especially a beautiful place in which to work and grow with many of our parents being former pupils themselves. As the leading independent day and boarding school on the Isle of Wight we welcome not only a diverse community from across the Island; children aged 2 1/2  to 18, but many pupils who travel the short distance across the Solent to us from Portsmouth and surrounding areas and a growing number of international students and UK boarders from Scotland through to France, Russia and beyond.  With a full range of skills, needs and talents all our pupils come together in our ambitious, vibrant and supportive community.

Whilst justifiably proud of our academic results, both for those who go on each year to universities such as Oxford and Cambridge, or those who, with great effort and determination from teacher and pupil, secure GCSE results way above their national predictions, we are committed to educating the whole child. Our sport, music and drama all flourish, we have very active Duke of Edinburgh's Award and CCF groups and our award-winning Bembridge building hosts innovative and creative art and design technology departments.

We are an Island school but with a global vision and the ambition that our pupils will learn here the resilience, values and skills that will sustain them wherever they find themselves in the future. We are the first Independent School in the UK to introduce the International Baccalaureate Career-related Programme (IBCP) alongside the IB Diploma and A Levels for the Sixth Form. The IBCP offers professional qualifications alongside academic study and can result in either university entrance or employment offers or both. Other pupils will choose the academic courses of the IB Diploma or  A Levels. 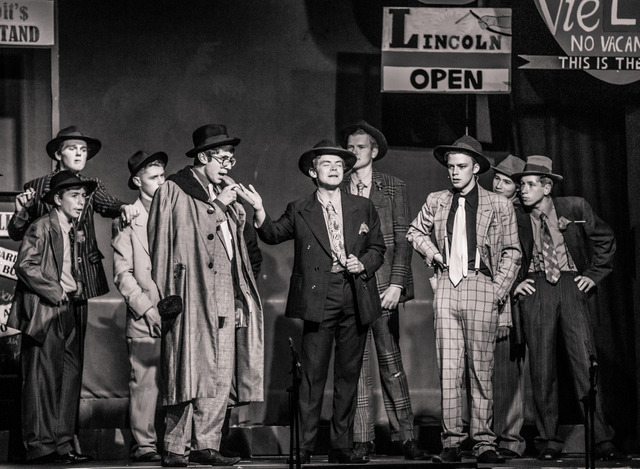 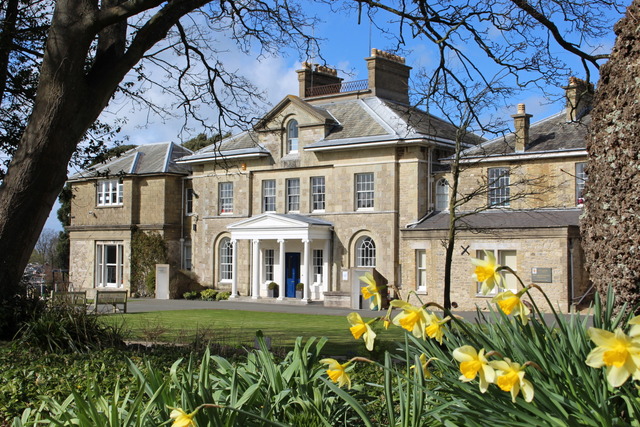 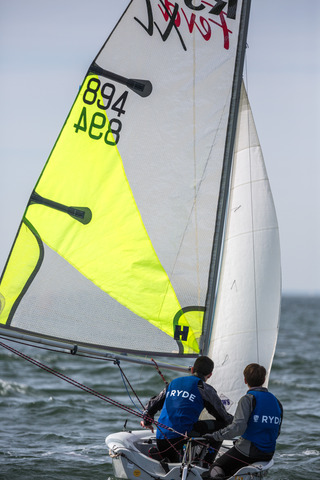 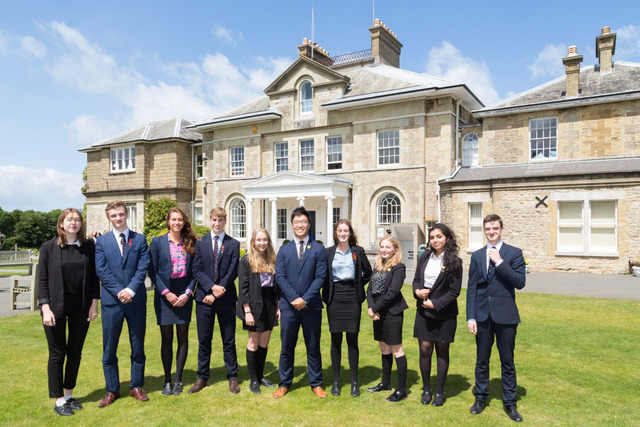 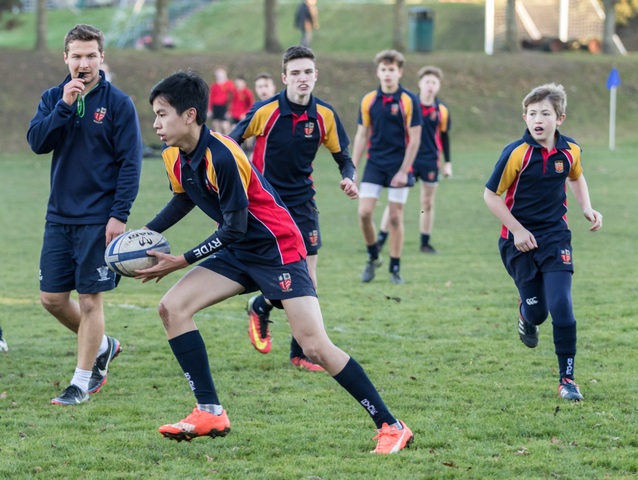 The School is able to provide a number of  Academic Scholarships into Year 5 and Academic, Sports and General scholarships into Years 7, 9 and 12.These places are awarded to high quality candidates and are competitive following specific assessments. Scholarships open opportunities to bursaries which provide fee assistance and are means-tested with parents required to submit a financial declaration before the examination date.

Places will be offered on a basis of performance in the assessments and at interview, the amount and number of the awards made being at the discretion of the Headmaster, operating within the guidelines set by the Board of Governors.

Academic scholarships are offered for entry into Years 5, 7,9 and the Lower Sixth Form(Year 12). External candidates for academic scholarships will sit examinations in November each year for Years 5,7 and 9 with exams in February for the Sixth Form. We examine English and Mathematics and set a non-verbal reasoning test, with subject specific assessment for Sixth Form entry.

For General Scholarships candidates will still need to demonstrate sound academic ability but the Headmaster will also take into account exceptional abilities in other areas of school life such as music, drama, art or design, as well as leadership potential. Sports scholars will demonstrate ability and potential in at least two sports, one of which must be a major Ryde School team sport.

Shortlisted applicants for entry to Years 7 and 9 in Senior School may be invited back for interviews with the Headmaster and Heads of English and Mathematics at a mutually convenient time.

Teams are payable termly, paid by the first day of term. A non-refundable Registration Fee of £230 becomes due when a pupil is registered for admission to the School.

Ryde School's 'Green People' environmental group, who work hard to raise awareness of environmental issues, recently teamed up with an Isle of Wight small business to collaborate on a project aimed at reducing what goes into landfill.

28th February 2019 — Ryde School Sixth Form students, Maddie and Ollie from the ‘Green People’, identified that the school has many banners created for various events each year and decided to get in touch with the local company that creates sustainable bags and accessories from unwanted materials such as former deck chairs, bouncy castles and inflatables, to see if they could turn the banners into bags.

Re-purposing of unwanted banners is just one of many environmental projects the ‘Green People’ have spearheaded. Led by Sixth Form students Pip and Matt, they have also been responsible for the school-wide reduction of single-use plastic, with reusable stainless steel water bottles replacing plastic bottles throughout the school.

Thanks to the efforts of the ‘Green People’ the school dining hall also now has meat-free Mondays and Maddie is a leading light in the school’s gardening club.

The group recently led a sustainability week – which included a talk on the Circular Economy from the Ellen MacArthur Foundation and pupils take part in Surfers Against Sewage beach cleans.

All of those involved in the ‘Green People’ project are certainly doing what they can to raise awareness for environmental issues and the steps they’re taking can only been seen as positive.

21st February 2019 — Richard, who plays as a back row forward, spent the day coaching pupils from a range of year groups and shared some of his experiences of the international game.

The Ryde players, both boys and girls, were inspired by what they learnt and took home new techniques and motivation for their next matches.

A group of Lower Sixth students from Ryde School recently visited the London School of Economics to compete at a three day Model United Nations conference, discussing key global issues with other schools from around the country and also Europe.

18th February 2019 — The delegates attended a UCAS Admissions Workshop and had a tour of the campus before entering into their first Committee sessions. The Committees met for two full days of exciting debate and wrote resolutions to help tackle various key global issues.

Four Ryde School delegates received awards for their excellent performances. Elen and Wyman both spoke on the UN Development Programme Committee discussing sustainable industrialisation in developing countries and the issue of global capital markets; Wyman received a Commendation and Elen was awarded Outstanding Delegate. Imogen spoke on the Security Council discussing the reform of the Security Council and the Kurdish question and was awarded Outstanding Delegate, and Lucy spoke on the UN Human Rights Committee discussing LGBT rights and the Rohingya crisis and received the highest award of the day as Best Delegate.

The other Ryde School delegates, Beatrix, Jordan, Jacob, Michael and Madeleine, all gave superb performances, and the whole team are looking forward to their next MUN.

Ryde School Year 10 pupil Thomas recently passed his ABRSM Diploma on the piano with Distinction. This is a great achievement for someone so young, and means that Thomas can now add DipABRSM after his name.

15th February 2019 — Thomas, who has perfect pitch, started playing the piano when he was four years old, and in 2016 he started in the Junior Academy at the Royal Academy of Music. He travels to London every weekend to participate in individual lessons, a variety of performance opportunities, and specialist classes including composition, conducting and chamber music. Thomas enjoys playing in a piano quintet, and has also played piano duos which give him the opportunity to learn a lot from other instrumentalists.

Thomas has a rigorous piano practice routine of five hours per day on school days, and as much time as he can spend at the weekends in addition to Junior Academy. He also plays the trombone which he plays in School orchestras and groups. On the piano he most enjoys playing deep romantic music that has a lot of passion and emotion such as Rachmaninoff and Chopin, and he loves playing virtuosic music like Liszt.

When asked about his greatest musical moment to date, Thomas answered that it was playing his own acoustic piano for the first time; he was able to purchase the instrument having won the Richard Toeman Memorial Award for Young Pianists. He is also proud to be able to raise money for Cancer Research UK with piano concerts.

Thomas's aspiration for the future is to become a concert pianist, and he hopes to be able to dispel the idea that classical music is serious or elitist

6th December 2018 — Fifty children aged between 11 and 16, who had been selected at summer camps, competed for two places to go to Madrid to represent the UK and train and play in the Bernabeu stadium. Charlie played outstandingly and was awarded one of the places.

4th December 2018 — After getting a bye in the first round, Amelie easily made her way to the semi-final where she really stepped up her form to win in straight games. Faced with a tough opponent in the final, Amelie produced quality squash at the right times and won 11-7, 11-1, 11-9. Amelie's coach, Adam Dominey said, "In six years, she's gone from beginner to winning the British Championships. If you're dedicated enough, you can achieve your dreams."

Parents seeking the admission of their sons or daughters are asked to complete and return a registration form, available to download in PDF format on our website : www.rydeschool.org.uk/joining-ryde and arrange payment of the non-returnable registration fee.  Admission and entry will be subject to the availability of a place and the pupil satisfying our admission requirements.

In due course applicants will be invited to sit the relevant entrance tests. Although we do not run competitive entrance exams, we do need to ensure that all pupils can access our academic curriculum.  In the case of girls and boys entering the Sixth Form from other British curriculum schools, admission is based on interview and GCSE results and we would expect students joining our Sixth Form to have as a minimum five GCSE A* to C grades with B grades in subjects to be studied at A Level/International Baccalaureate Diploma Higher Level. For the IB Career-related Programme the entrance criteria is a minimum of 5 A*-C grades at GCSE .

Pupils are considered for entry into any year group throughout the School where there are places available.  We would not normally consider entry half way through GCSE or A Level/ IB courses though we do offer a one year GCSE programme for pupils joining in Year 11 which is ideal for someone wanting to prepare for Sixth form entry or seeking a year in a British school with qualifications at the end.

It is assumed that a pupil will be able to continue between each stage of their education in the school unless the pupil has been unable to satisfy the entry requirements for the next stage.