Selective Co-educational Day School from 7-18 [all on the same site] close to the city centre with good road and rail links - metro station outside the main entrance. 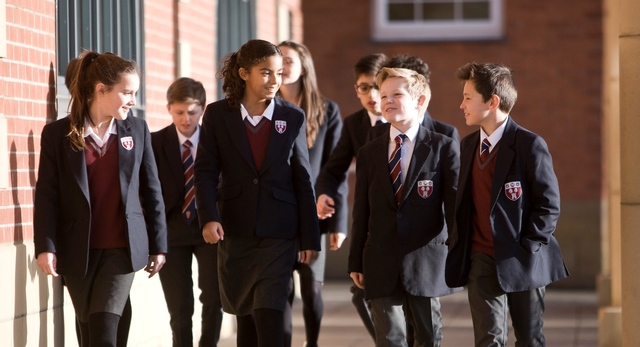 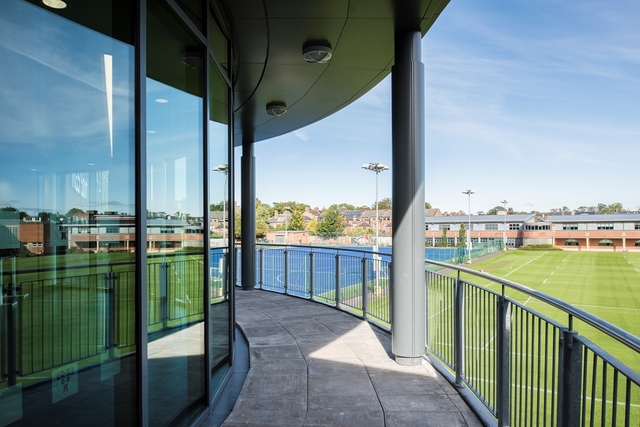 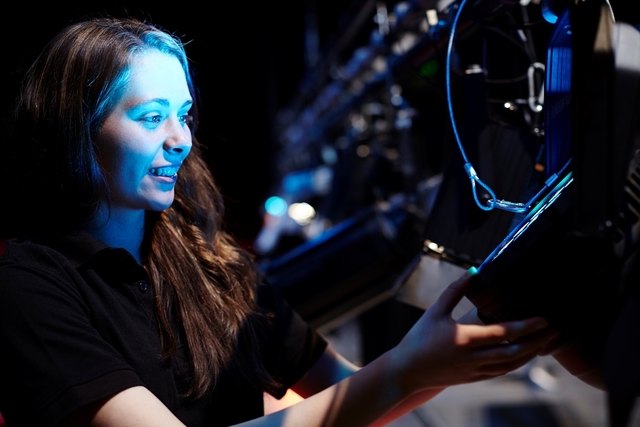 RGS Cricket team all smiles thanks to sponsorship deal

RGS Cricket team all smiles thanks to sponsorship deal

The RGS cricket team has been given a big reason to smile following news of a sponsorship deal with Queensway Dental.

3rd July 2019 — The RGS cricket team has been given a big reason to smile following news of a sponsorship deal with Queensway Dental.

Members of the 1st X1 are looking forward to another enjoyable and successful season sporting their new kit, thanks to the generous donation from the dental surgery which has practices in Jesmond and Billingham.

This exciting new partnership not only benefits the team but also allows additional funding to be put into the school’s bursary scheme, helping students to continue to thrive.

Speaking about the sponsorship, Director of Development, Susan Beck, said: “We are so pleased to have formed this new relationship with Queensway Dental and look forward to working with them over the coming year.

“This partnership is especially exciting as it strengthens our ties with our local community, something which is important to all of us at RGS.”

RGS’ first X1 contains the best cricketers from the senior year groups, aged 15 to 18, with all the students in the team having played county age group cricket. The team plays block and single fixtures against other schools, cricket academies, county age group sides, visiting teams such as MCC and overseas touring sides.

While the team often enjoys much success throughout the season, the highlight of this year was the win over Durham Academy following a stunning all round team performance, the best part of which was an unbeaten century from one of the players, Bobby Green.

Queensway Specialist Orthodontist and partner, Dr Guy Deeming, said: “We are delighted to support RGS and feel proud to see our name on the front of the kit of this successful team.

“Supporting our local community is something very important to us and we are really looking forward to working closely with RGS. We hope this relationship can continue to develop and grow in the future.”

The prestigious sevens’ competition saw 144 teams from across the country compete in the Vase competition. RGS made it through their initial group of four as winners and headed into an elimination match against Rugby School (eventual runners-up), which saw the midlands side take a convincing 29-0 victory.

The loss put RGS into the Bowl competition, and they would face an up-hill battle to progress through the tough group stages.

RGS were up for the task, beating two very good sides in Berkhamsted and Mount St Mary’s in their quarter final pool before facing an even tougher semi-final pool alongside St. Peter’s York and Campion.

The group was very tightly contested and eventually went down to point’s difference. RGS beat St Peter’s, but lost to Campion, who had in turn lost to St Peter’s. With all three teams being tied, RGS progressed to the final thanks to a +5 points difference.

The final was full of swings in momentum with both RGS and Felsted giving everything to score. Felsted held the lead for a while at 17-14, but could not keep RGS at bay, with the boys digging deep to take the lead 19-17 before making a poignant stop in front of their try-line, winning the ball back and making their way convincingly down the field and scoring the penultimate try to take a brilliant victory. Nathan Byatt grabbed two try in the final as well as a match winning tap-tackle in the last minute of the game to secure the victory.

Speaking of the victory, Director of Sport Angela Ponton said,

“Becoming Rosslyn Park National Sevens’ Tournament Bowl winners is a fantastic achievement for this squad, for it is a physically and mentally tiring tournament.

“It caps off a superb final year for many of the squad who will leave RGS as winners of two national titles.”

It has been an excellent season for the first team who also won the St Joe’s Festival in the autumn. It also marks a fitting end to a fantastic career for first team coach, Jim Pollock, who retires from the school at the end of the year. He said,

“It has been an honour to coach this team, and an absolute pleasure to watch them win the bowl competition at the biggest rugby festival in the world.

“The boys are a credit to the school and rugby in the North East, both on and off the field, and I couldn’t be prouder of their achievements.”

To celebrate World Book Day 2019, students, their parents and staff at the school were asked to donate any unwanted books, from much-loved children’s books to adult’s books, fiction and non-fiction, to create a giant book tree within the school reception. With so many books donated, the book tree multiplied to become a book forest.

Following the completion of the book collection, RGS will donate all the books collected to local state primary schools and charity, Borderline Books.

The local state primary schools that will benefit from the children’s books are those that RGS Sixth Form students regularly visit as part of their voluntary service. Students visit these schools every week, volunteering 5000 hours per year to deliver reading sessions to some of their youngest students.

Borderline Books is a Gateshead-based charity who will take all the adults’ books and distribute these to a number of local community groups that they work with, including women’s refuges and old people’s homes.

“I am incredibly proud of the efforts our students, their families and staff have made by donating such a large amount of books. I’m sure those that will benefit from these donations will be very thankful for our support. ”

Students at top Newcastle school, Royal Grammar School (RGS), have achieved a record-breaking set of GCSE results with 62.8% achieving the top grade of A* or 8/9.

23rd August 2018 — Students at top Newcastle school, Royal Grammar School (RGS), have achieved a record-breaking set of GCSE results with 62.8% achieving the top grade of A* or 8/9.

Despite all the concerns surrounding the new and more rigorous GCSE exams and the 9-1 grading system, this year’s results for RGS students has seen the highest level of A* or 8/9 passes achieved in the school’s history.

This is the first year that students have taken some of the 9-1 style exams and they have truly excelled. An incredible 54.2% of all new grades were at the top level 9 and in Maths, an astounding 63% scored grade 9.


Headmaster John Fern was delighted with the results, commenting:

“These really are fabulous results and the students and staff thoroughly deserve credit for all of their hard work. To achieve such excellent results at the very top of the new grading system shows just how well they have done, especially when there has been such concern about how the new system will work.

“This should give them real confidence going into their A Level courses knowing that they are continuing to achieve results that rank well with the best in the country.”

Students at Newcastle’s Royal Grammar School (RGS) have hit top marks once again in their A levels with 87.2% achieving grades A*-B.

16th August 2018 — Students at Newcastle’s Royal Grammar School (RGS) have hit top marks once again in their A levels with 87.2% achieving grades A*-B.

With the introduction of linear A levels over the past two years, and an increasing level of difficulty, this year’s results for RGS students remain impressive and are consistent with previous years in continuing to significantly exceed national averages.

12 students achieved all A*

43 students achieved all A* or A grades

“I am delighted for the students who have achieved such good results this summer. There has been much speculation again this year about the impact of the more challenging content of courses and the effect of linear A levels on results.

It is therefore very rewarding for everyone concerned that such good results have once again been achieved. I congratulate all of the students on their hard work and wish them well as they head off to an impressive array of courses and top universities.”

One of the students achieving all A* was Isobel Howe, who said:

“I’m really pleased with my results. I got A*s in Chemistry, Maths and Physics. My place at York University has been confirmed and I’m off to study Natural Sciences.”

A high number of students have already achieved their first or second choice at university, with more expected to be confirmed as universities confirm their places.

Our process of selection and admissions is designed to confirm that children have the potential to cope with our fast-paced, challenging academic curriculum.

Any process of assessment can seem daunting, therefore every attempt is made to ensure that both parents and children are relaxed and put at ease from the moment an application is made. We have a dedicated Head of Admissions, Ali Perry, who is there to offer all the advice, information and guidance you may need along the way.

We are well aware that there can be significant differences in the educational experiences of children and we take that into account during our assessment process. We are not looking for ready-made geniuses! We want you to find the right school for your child, therefore we look for evidence of what applicants may achieve given the exciting opportunities we offer them here.