Packwood Haugh has an international reputation for excellence and it provides an exciting all-round education in a supportive and positive environment. Set in the heart of the Shropshire countryside, Packwood Haugh offers the perfect combination of traditional values and modern resources. 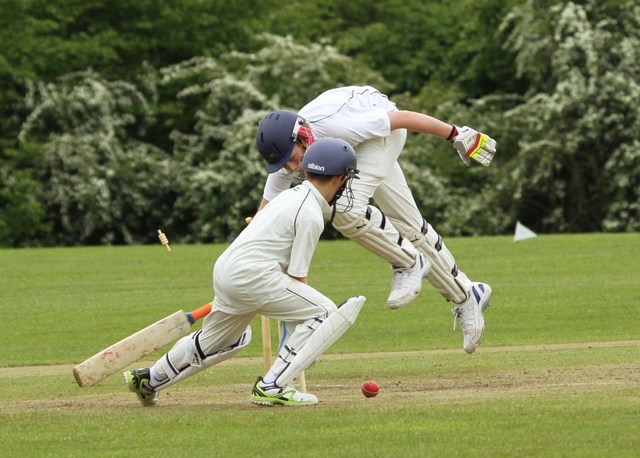 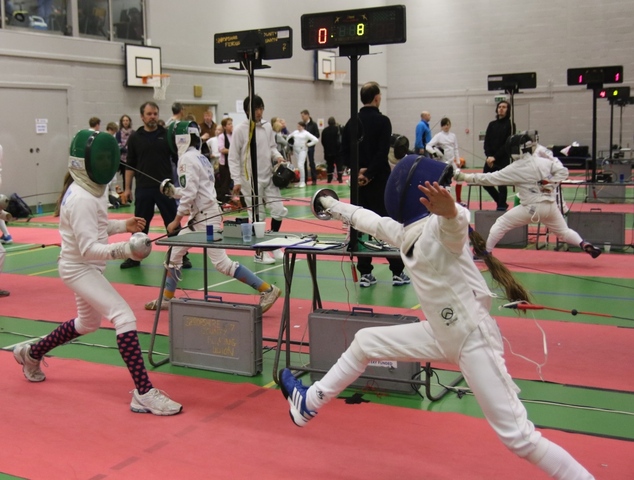 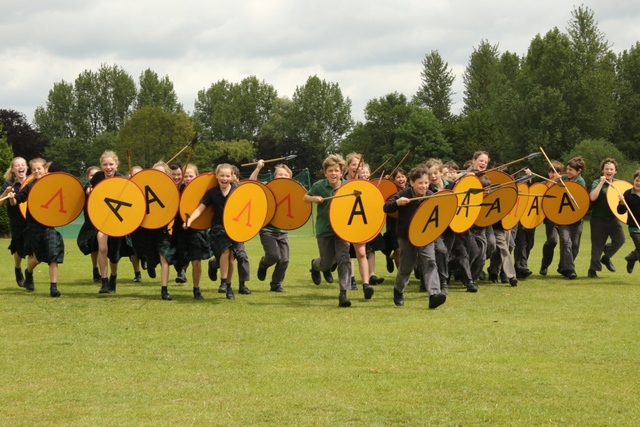 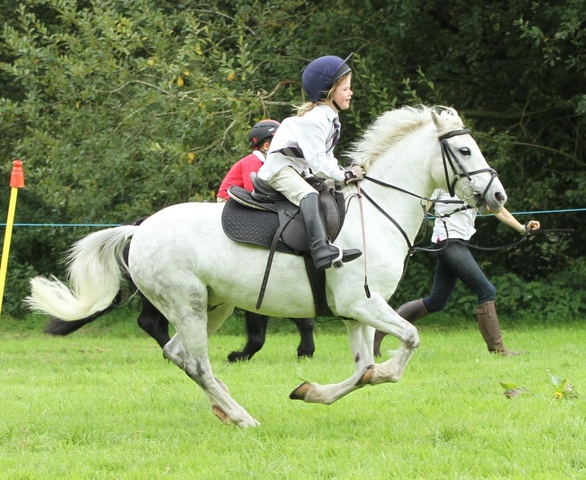 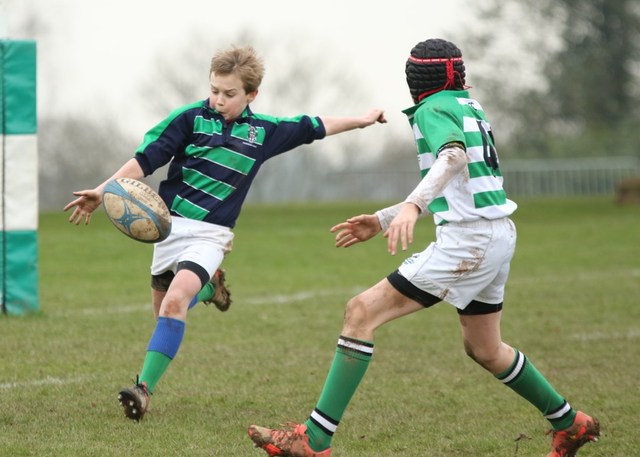 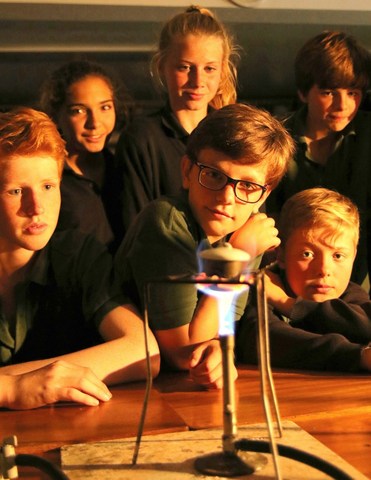 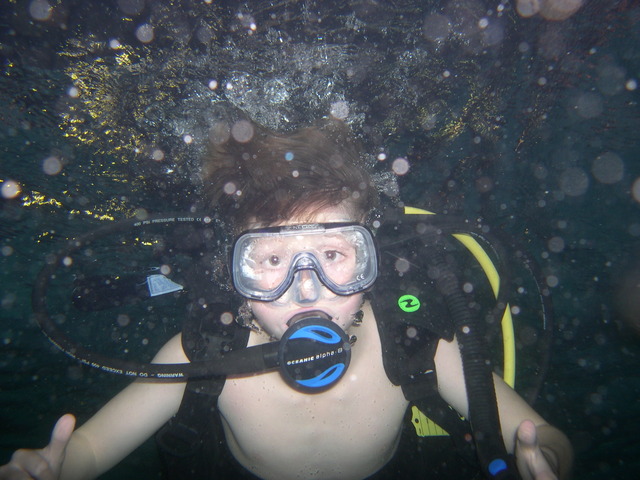 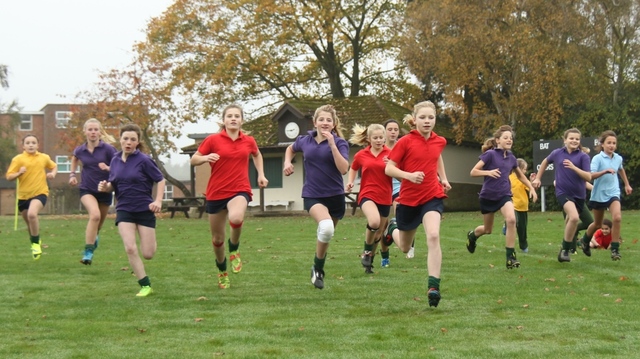 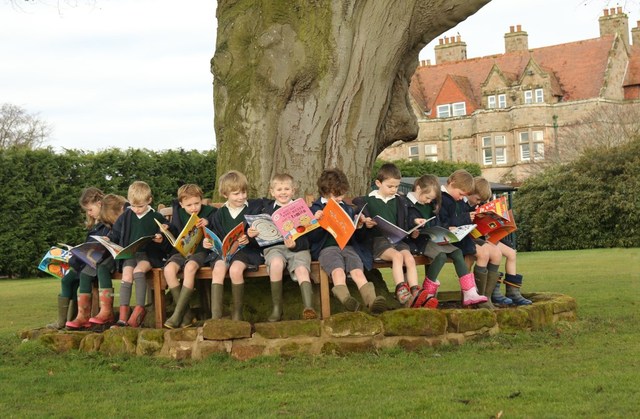 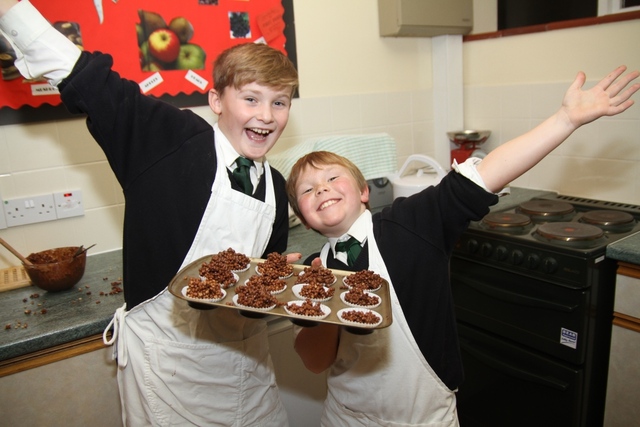 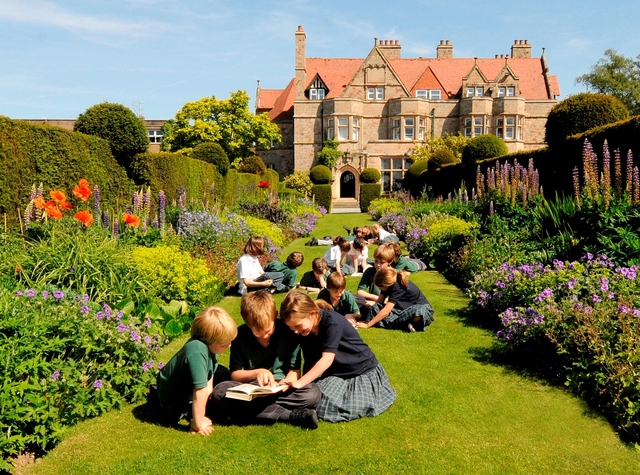 Packwood rang to the sound of myriad different languages today as the normal daily curriculum was suspended and the Sixes (houses) took part in a fantastic, fun Languages Day.

26th June 2018 — Coordinated with perfect precision by Head of Modern Foreign Languages, Mr Nogues the day offered the chance to sample no fewer than 10 languages – a variety from around Europe (German, Italian, Dutch, Romanian, Spanish and the fiendishly difficult Hungarian), some more familiar to our east Asian pupils (Chinese and Japanese) and some completely new to most of the Packwood community (Maori and Swahili).

Sessions were led by the many linguists on the school’s multi-talented staff body and by several former and current Packwood parents who kindly gave up their time to join us today.

The children enjoyed a variety of fun activities designed to introduce them to some basics of the different languages. There was singing, dancing and music-making, videos and slideshows, a QR code treasure hunt, flag designing and more.

Throughout the day, the different Sixes groups were awarded marks for teamwork, for the success they achieved and for creativity. When the points were tallied up at the end of the day, it emerged that Harcourt Clarkes was the winning Six. Congratulations to them for their wholehearted efforts throughout the day.

As Mr Nogues explained to the children in assembly this morning, learning a foreign language can open up many opportunities and greatly enhance the experience of visiting other countries. Hopefully today will have whetted the appetites of the children and inspired them to have a go at learning more.

Robin and the Sherwood Hoodies

Robin and the Sherwood Hoodies

A truly fantastic - and hilarious - junior production raised the roof of Packwood's theatre at the weekend.

12th June 2018 — Last weekend saw audiences in the school theatre marvel at yet another magical production from the cauldron of creativity that is the Packwood Drama Department.

Shot through with fantastically lame puns and silly jokes, ‘Robin and the Sherwood Hoodies’ was the funniest ever Packwood junior play.

The performance began with a terrific, up-tempo opening number, ‘Sherwood Forest’ that set the scene for what was to come. The main cast members, drawn from the Year 6 forms, were supported here, and throughout the play, by the villagers (played by the Year 5s) who brought vitality to the crowd scenes and by the Year 3 and 4 chorus who all added to the volume, joy and colour of the performance.

Based on the traditional tale, there were some unfamiliar twists to this old story… Evil King John has usurped his absent brother’s throne and tasked the ruthless Sheriff of Nottingham with raising ever more taxes from the people. Finn Bowdler was very convincing as a peevish, spoilt King John and Oscar Connor played the Sheriff superbly, making the most of his share of the terrible jokes!

Maid Marion recruits Robin Hood and his band to help in the fight against the tax collectors but does so without realising they are in fact, “…England’s finest troupe of travelling entertainers…”, not the fearless outlaws she was looking for. Led by the outstanding Charlie Weston as Robin, the troupe introduced themselves with the exuberant song, ‘Men in Tights’. Freddie Barry (Dancing Dave) was magnificent in his gold sequinned knee breeches and threw himself enthusiastically into his performance. The merry men are soon joined by Will Scarlett, played by Meghan Sheppard whose confidence on stage helped her deliver an excellent comic performance.

Eventually, the mix-up comes to light, but Robin and his men bravely offer to help where they can. In the ensuing scenes, we meet more wonderful characters, including Sam Lewis and Freddie Shute as hapless robbers, Grabbit and Bolt, who both showed their dramatic and comedic talents to great effect. Robin and his men are eventually captured and taken to King John’s castle for punishment and torture. Ultimately, they are saved from a terrible fate by the timely return of the true monarch, Good King Richard. Evil John and the Sheriff are flattened by The Squisher in the torture chamber, and the prisoners are released.

A reprise of ‘Men in Tights’ brought the action to a close before a final surprise as the cast took to the stage and danced the floss to Katy Perry’s hit song, ‘Swish, Swish’ - a wonderfully uplifting finale and the perfect end to a truly fantastic junior play.

Huge credit is due to all who made it possible – stage crew, lighting and sound, costumes and props, make-up, set design, dressers, musical direction – but most of all to peerless Director and Choreographer, Mrs Mainwaring, and her assistant, Mr Cowley. Congratulations all.

18th May 2018 — Last Wednesday (16th May) saw every child from Year 3 to Year 8, most members of staff, a good collection of parents and innumerable dogs embark on a 12.5km sponsored walk. There was even a small group of doughty runners led by the indefatigable Mr Nogues and super-fit Packwood mum, Mrs Bayliss.

The circular route took us over the school grounds, through the village and around the local countryside. We followed footpaths, bridleways and ancient drovers’ tracks taking in The Cliffe, Hopton Hill and Nescliffe Hill on our way.

Dry, clear weather and a moderate temperature made for perfect walking conditions and with the help of very welcome refreshments at two checkpoints on the route, everyone made it round safely and enjoyed being out in the wonderful Shropshire countryside in all its late-Spring glory.

Over an ice cream back at school, the children happily shared tales of their exploits and many have already asked to do the walk again next week!

Sponsorship money is rolling in steadily and we look forward to presenting half the proceeds to Hope House Children’s Hospice at an assembly later this term. The other half will go towards our 125 Appeal for funds to develop the school’s science facilities that will be the legacy of this anniversary year.

Packwood's sailing team had a great day on the water earlier this week, claiming victory for the third time in four years in the Shropshire Schools Sailing Regatta

17th May 2018 — Packwood’s sailors continued an impressive run of success in the Shropshire Schools Sailing Regatta yesterday when the team claimed overall victory for the third time in four years.

Conditions were warm, sunny and very calm on the lake at Whitemere, just outside Ellesmere, but the Packwood pairs made the most of what little wind was available. Tom M teamed up with John L who, despite being a novice, put his new skills into practice effectively and showed good tactical awareness. The boys were the top pair of the day, winning three out of the six races. Not to be outdone, Ella C and Millie J were the highest placed all-girl pair, finishing fourth overall.

Competition was certainly close and in the end, Packwood edged out local rivals Oswestry School by just a single point.

Fun, Fundraising and a Donkey Derby

Fun, Fundraising and a Donkey Derby

Packwood's 125th anniversary celebrations continued last Friday with a Plant Sale and Fun Afternoon. The sun shone and spirits were high as all enjoyed the traditional sideshows and entertainments - and best of all, the magnificent donkey races.

9th May 2018 — The sun shone for a fabulous afternoon of fun and frivolity last Friday as pupils, parents, friends and staff came along to enjoy the Plant Sale and Fun Afternoon, the latest in a series of celebratory events to commemorate the school’s 125th anniversary.

There were plenty of traditional attractions – Tombola, Lucky Dip, Coconut Shy, Splat-the-Rat, Welly Throwing and Hook-a-Duck to name just a few, but the highlight of the afternoon was undoubtedly the Donkey Derby. A series of highly competitive races ran throughout the afternoon with children of all ages urging their mighty steeds on down the short sprint to the line. One donkey in particular had a completely different idea of what constituted a ‘fun afternoon’ and dumped every single one of its riders on the ground to the amusement of spectators and jockeys alike.

Headmaster, Clive Smith-Langridge, commented, “The event was a great success with the fine, sunny weather adding to the happy atmosphere. It was wonderful to bring the Packwood community together for such an enjoyable occasion. And all the fun was in a good cause with proceeds from the afternoon going towards the 125 Appeal fund for the development of Packwood’s science facilities – a worthy and long-lasting legacy of this anniversary year’s celebrations.”

A Year 6 pupil, still only 10 years old, has achieved an outstanding result in his Grade 7 piano exam

2nd May 2018 — Instrumental and singing lessons are popular at Packwood and we have many enthusiastic and talented musicians of all ages. However, it is not often that children of prep school age reach the heights of Grade 7, let alone before their 11th birthday.

Everyone was highly impressed in assembly on Monday when Year 6 pupil, Daniel Garrett, our star pianist and cellist, was presented with his Grade 7 piano certificate – awarded with Distinction!

Head of Music, Mrs Boutwood, remarked, “Daniel is also working on Grade 6 cello and is a Grade 5 singer. He manages to practise for at least an hour each day after school and studies at the Junior RNCM on Saturdays. He is an outstanding musician in all areas.”

In order to get a real sense of Packwood we would be delighted to welcome to you to visit the school either on an Open day or by individual appointment. You will have the chance to see the school in action, to meet staff and pupils and to gain an insight into everything – academic, pastoral, sporting and extracurricular – that Packwood has to offer.

Prospective pupils are also welcome to join us for a taster day during which they will experience the full routine of a typical Packwood day.

Please visit our website where further details can be found under the Admissions tab on the main menu, including information about:

To arrange a visit please contact the Headmaster’s secretary on 01939 260217 or via email secretary@packwood.salop.sch.uk