Monkton Combe School, just a mile from the World Heritage City of Bath, is an independent, co-educational boarding and day school for pupils aged 2-18. We pride ourselves on our lively Christian ethos, excellent exam results and our strong pastoral care. At Monkton, we are setting standards for life; giving young people the qualities of character they need.

Monkton is a very special and unusual place, as you will see if you come to visit. Our pupils are grounded, real and kind but equally they are thoughtful, diligent and ambitious in their goals.

So what’s different about Monkton? Aside from the stunning views, outstanding academic exam results and passionate teachers which many schools boast, Monkton focuses on the journey of each individual in a way that is tangibly different.

As pioneers in pastoral tracking, Monkton holds true to the belief that self-discovery is the key to success; not only do happy children learn but they also explore their strengths and weaknesses, develop resilience and face challenges with greater strength. We believe in the power of failure of taking on challenges, accepting this will mean you get some things wrong and become better people because of that. Yes, many of our pupils achieve excellent grades at both GCSE and A-level, but we are just as concerned to create a genuine appetite for learning, in helping pupils develop minds that are open and questioning and in equipping them with the independent study skills that will enable them to follow through private passions and enthusiasms long after they have left school.

Boarding is at the very heart of Monkton, and the unique atmosphere of the School is enjoyed by boarders and day pupils alike. All the Houses reflect the spirit and ethos of the School, but each exudes its own personality generated by its pupils, houseparents and staff as well as by its size, individual geography and location within the School.

Monkton was founded on Christian values which still underpin the vision, mission and values of our School today. Our ethos promotes an environment of tolerance, where everyone in the Monkton community learns to develop respect for others and forge caring relationships, sympathetic to the needs of other people.

We are a school which recognises that each student is a unique creation with individual characteristics and needs, living within a community of other unique individuals. We have pupils practising a variety of faiths and some who do not practice any, and we welcome families from all of these backgrounds. 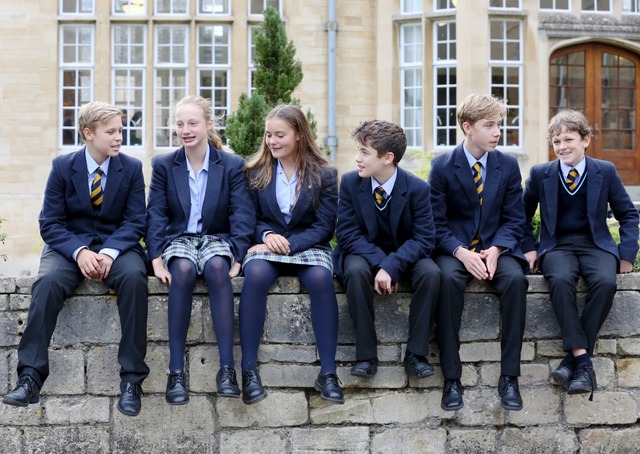 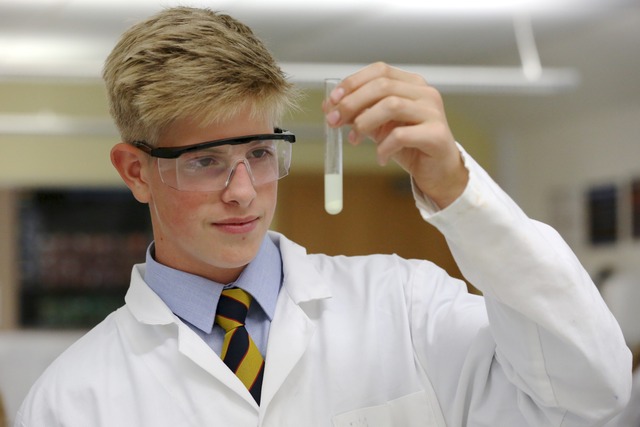 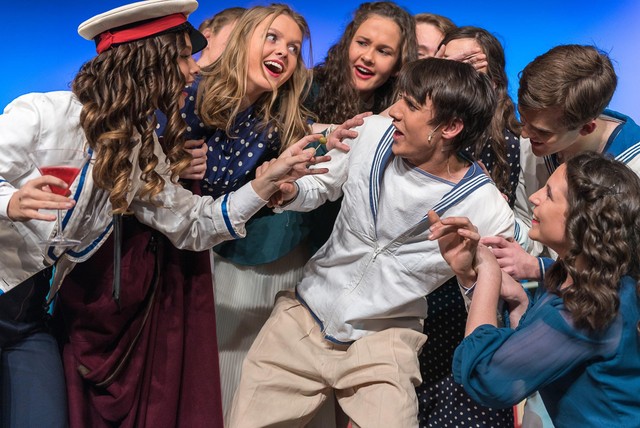 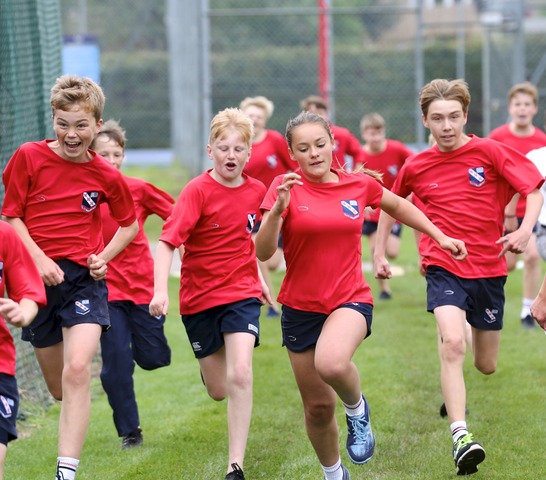 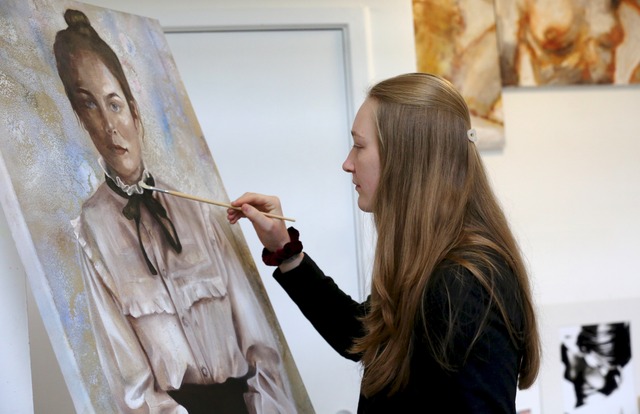 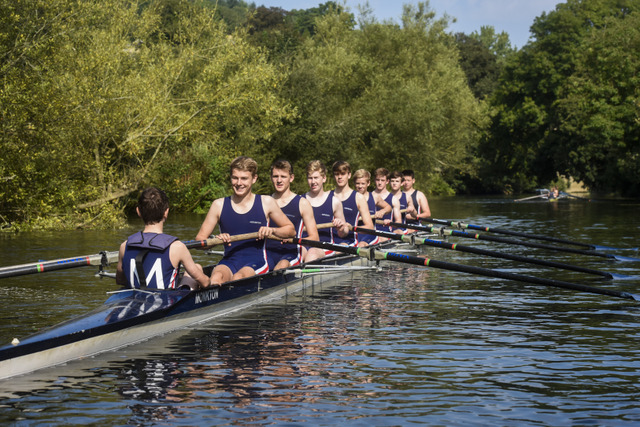 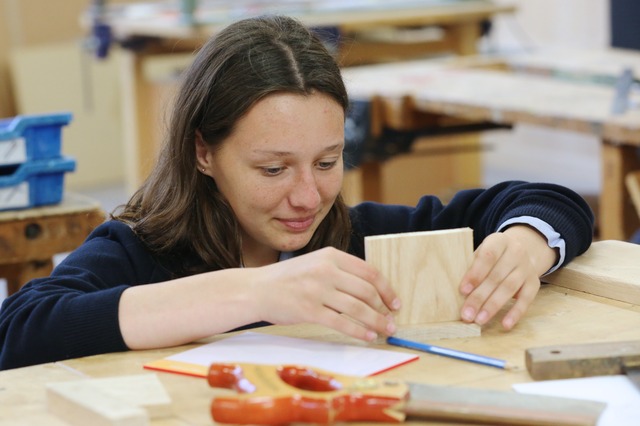 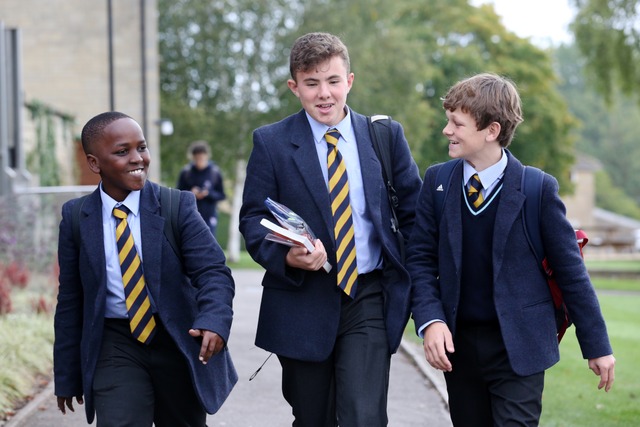 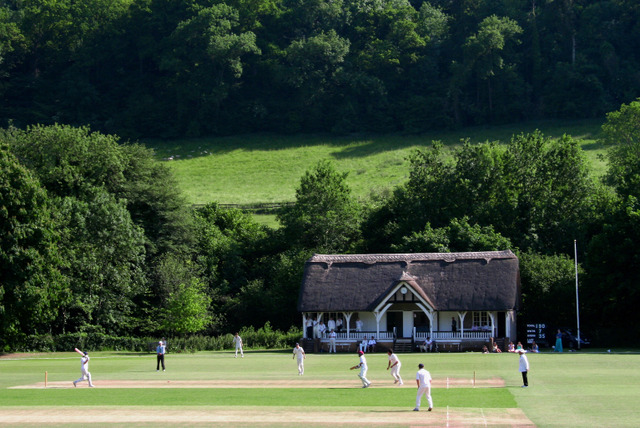 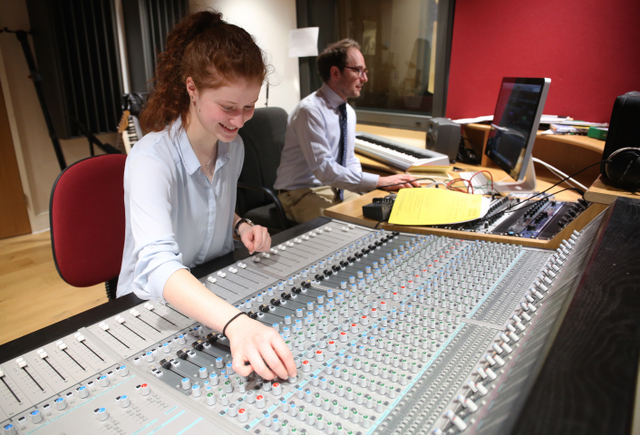 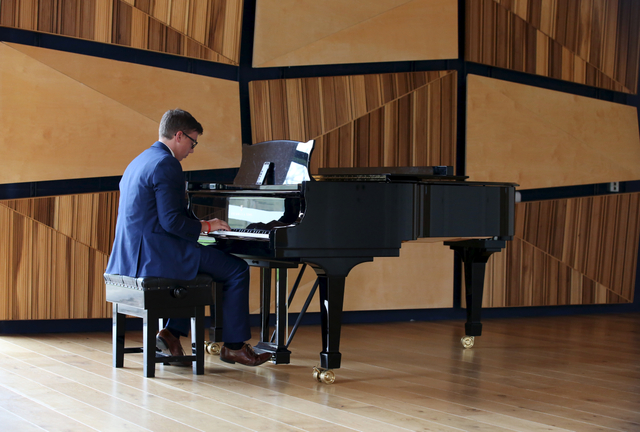 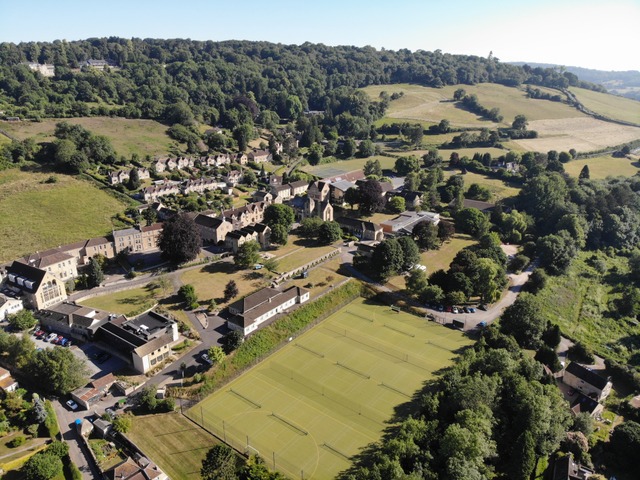 Angela Findley, an acclaimed speaker and artist who gave a sensitive, balanced and compassionate insight into 'Being German after World War 2'

At Monkton we believe that learning is about so much more than just passing exams. Through our Monkton Lecture series, we regularly host visitors and speakers from all walks of life who we hope will enrich our pupils' understanding of life beyond the school environment. This term, we have welcome an artist, a Paralympian and an international sportsman, with more to come next term. The Lectures opened with Angela Findley, an acclaimed speaker and artist who gave a sensitive, balanced and compassionate insight into 'Being German after World War 2' through the eyes of three generations of her Anglo-German family. It was a profound and deeply honest look at the nature of collective guilt and the need for healing in today's world. Angela was followed by Lee Mears, ex-international rugby player and a widely celebrated local and international sportsman. Lee shared his experience of how he remained positive after a heart condition ended his rugby career. Finally, we welcomed Paralympian Karen Darke, who was paralysed from the chest down after falling off a cliff. With the support of friends and a huge amount of perseverance, Karen still leads an extraordinary life and is currently a full-time athlete with the British Para-Cycling team. Karen's message to pupils about the nature of positive thinking was incredibly powerful in its simplicity and many pupils were struck by her ability to refuse to dwell on what was initially deemed a limitation.

Monkton's Governors are delighted to announce the appointment of Christopher Wheeler as Principal of Monkton Combe School from January 2016.

29th July 2015 — Mr Wheeler was educated at Winchester College and has a BA (Hons) in English Literature and Philosophy from Durham and a PGCE from Bristol University.  He began his career teaching English at St.John's, Leatherhead, where he became a Head of Department; then he moved to Peponi School, Kenya, as Deputy Head (Registrar), Boarding Housemaster and Head of English and Drama.  Returning to the UK he became a Housemaster at Brighton College and then Head of St Christopher's, Hove, part of the Brighton College family of schools.  He is currently Principal and CEO of Hillcrest International School, Nairobi, Kenya.

On his appointment to Monkton, he said "It is very exciting to be taking on the mantle of leadership at Monkton and working with the governors, senior team, staff, parents and pupils and other stakeholders, I look forward to being part of the continuing story of Monkton, ensuring the schools’ continued improvement, growth and success."

Chair of Governors, Stephen Baldock commented “Monkton attracted an outstanding field of highly qualified candidates, among whom Chris Wheeler was our unanimous choice. He has the skills and experience to build on the School’s excellence and to develop it further.

Mr Wheeler is married and has three children; the family will move to Monkton in December this year.