Kingham Hill is an idyllic, small co-educational boarding and day school nestled in the heart of the Cotswold countryside, where children receive a high quality education, have a safe space to roam whilst still being within just over an hour by train from London.

Unique location and environment: our pupils have a stunning 100 acre estate in an Area of Outstanding National Beauty to explore, enjoy and make their home.  We are 3 miles away from Kingham station which has a direct line to London Paddington in just 80 minutes.

Vibrant family community: with just over 300 pupils, Kingham Hill can deliver a truly caring, home-from-home community where every child is nurtured, challenged and inspired.

High quality education with a commitment to excellence: we offer a high quality education within top class learning facilities, where every pupil has endless opportunities to learn, excel and realise their potential.  We prioritise development beyond the classroom to ensure pupils leave us as rounded young adults who will become happy and successful in their future lives. 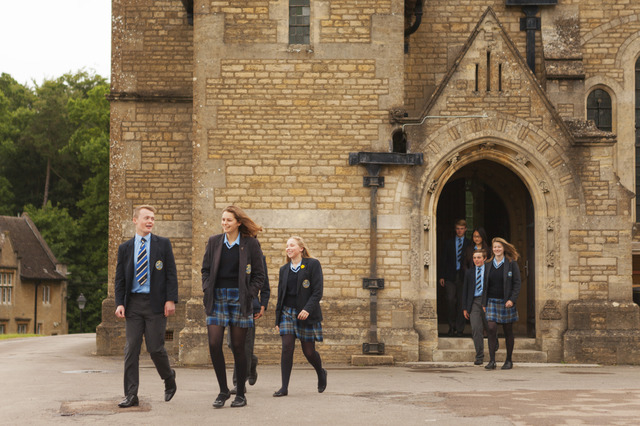 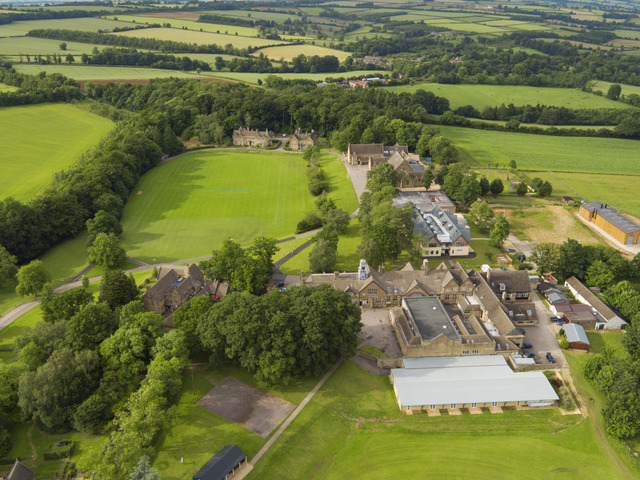 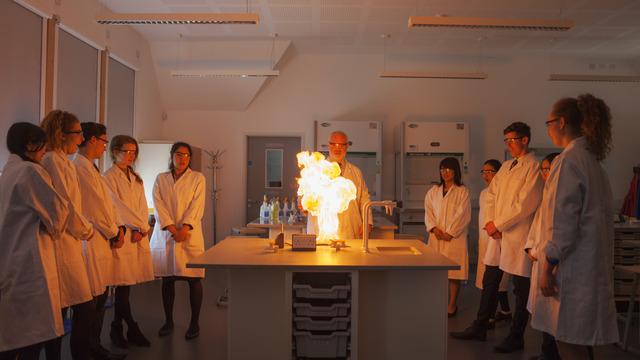 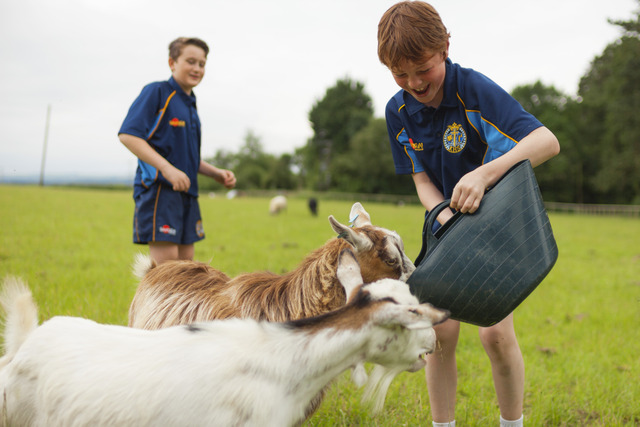 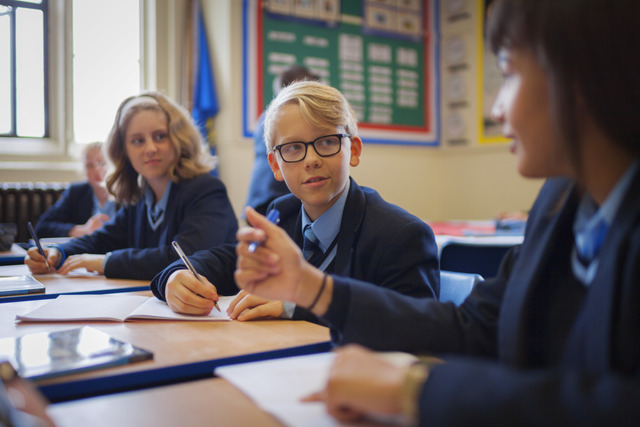 At Kingham Hill School, a lovely boarding school in the Cotswolds, we decided to hold a mock general election to give the pupils a chance of sharing in the democratic process.

12th December 2019 — At Kingham Hill School, a lovely boarding school in the Cotswolds, we decided to hold a mock general election to give the pupils a chance of sharing in the democratic process. Five Sixth Form politics pupils put themselves forward to represent the following parties: Liberal Democrats, Brexit Party, Plaid Cymru, Labour and the Conservatives. We held hustings attended by the whole school where the five candidates laid out their policies for government. All pupils and staff were invited to vote in our Old Sports Hall, set up to work as a traditional polling station. The Polling Station was open at breaktime and lunchtime. By the time polls closed at 1300,

65% of the pupils had voted. The results will be announced in Chapel tomorrow morning, but we thought you might be interested in hearing the outcome should you have time you need to fill at the start of your Election Night coverage.

Of course, we are incredibly surprised by the outcome. The Plaid Cymru candidate ran a very unassuming campaign and stated his policies calmly at the hustings. It appears, however, that his message was popular among the pupils, who really got behind him on polling day with posters and advertising slogans. Maybe they were keen to vote for something different. The pupils have been highly engaged by the democratic process: the election has been a hotly discussed issue in boarding houses and common rooms across the School. We look forward to seeing the real results come in this evening.

9th April 2019 — At the end of March, Kingham Hill School was proud to host its annual dinner of the Octagon Academic Society, welcoming military historian Taff Gillingham as guest speaker.

Around 150 guests were treated to an impressive evening of food and academic discussion. Octagon pupils were joined by family members and teachers who have inspired them.

The occasion is modelled on a traditional Oxbridge college dinner with gowns, toasts and speeches. It is set in the beautiful, oak-panelled Hall, surrounded by the portraits of former Headmasters and the names of previous Heads of School. The Dinner is an opportunity to showcase the Society, which exists to encourage and foster intellectual curiosity in our pupils.

This year we were very pleased to be joined by the well-respected military historian, Taff Gillingham, who enthused and challenged us to search for historical fact rather than settling for the established narrative. He spoke in particular about the First World War, explaining how settling for the “Lions led by donkeys” interpretation of the Western Front was lazy historiography. For example, his particular experience with soldiers’ kit was able to debunk a popular misconception on why soldiers were told to walk while making a frontal attack across no man’s land. Given that the average soldier would have up to 80lbs of kit on their backs, running across an overgrown stretch of land with dangers hidden by the tall grass would not have been a realistic expectation if the man was going to be able to fight to take possession of a trench system at the other end. Rather than make the interpretations for us, he left such pearls of wisdom hanging in the air for the members of Octagon to draw their own critical conclusions. He was an excellent Guest of Honour, and we look forward to meeting him again when he opens his Great War Huts visitors’ centre in Suffolk in the near future.

Alongside Mr Gillingham, the outgoing President of the Society, Imogen, gave an excellent vote of thanks in which she reminisced about her seven years in Octagon and paid tribute to many teachers who had helped her to become the impressive young woman we had the pleasure of listening to on that evening.

According to tradition, Mr Williams, the Head of the Society named the new President in his speech. In September, Year 12 Thomas will take on the responsibilities of the position.

On Tuesday, Kingham Hill School hosted a day full of Science for a group of 38 local primary school children. The children had the opportunity to experience and get a taste of what is taught at Key Stage 3 in the School's fully equipped Veritas laboratories.

8th March 2019 — Tuesday 5th March saw Kingham Hill School host a day full of Science for a group of 38 local primary school children. The children had the opportunity to experience and get a taste of what is taught at Key Stage 3 in the School's fully equipped Veritas laboratories.

Chemistry teacher, Mr Petra started the day with a number of experiments illustrating the properties of solid carbon dioxide (dry ice) when it reacts with water and acids and alkaline. The results were some impressive colour changes, plumes of gas and bubbles.

Next pupils, in their oxygen, hydrogen and helium teams, gathered in the Veritas laboratories and conducted experiments of their own. They had the chance to learn from our science teachers and Sixth Form pupils, who shared their passion for the subject and were on hand for demonstrations and helping out where needed.

Some of the experiments the children got to try for the first time included measuring breathing rates and oxygen levels, using lit splints to test for gases and measuring the flight of handmade helicopters.

The last experiment of the day involved pupils designing their own parachute and protection for an egg to be dropped from the Veritas balcony to see if it could survive the fall. Pupils set to work making their egg as air resistant as possible and prepared a presentation about what they did and why they thought it would stop the egg from breaking.

The day concluded with some science themed treats from our catering department, which included edible petri dishes and test tubes with chocolate for the children from Bledington and Holy Trinity primary schools to take away with them as a reminder of their day discovering and learning more about gases.

Following School record GCSE and A level results in 2018 Kingha extremely pleased to announce that Kingham Hill School has been placed second in the county for pupil progress at A level.

Recently released Department for Education figures show that Kingham Hill pupils on average achieve a progress score of 0.47 (well above average) from GCSE to A level, a result that also places us in the top schools in the UK.

The progress score measure looks at our GCSE results for pupils and compares their Sixth Form exam performance with others nationwide who performed similarly at GCSE.

Headmaster, Nick Seward reflected on the results: "These reflect the 'no ceilings' culture we engender at KHS. Whatever their starting point, pupils can expect to achieve far higher grades at KHS than they might elsewhere. They are served by an outstanding body of professionals, in intimate and state-of-the-art facilities."

The event was held on Tuesday 24th April; pupils from Kingham Hill’s Octagon Society were joined for the drinks reception and three course meal by their parents, staff and head teachers from local schools.

Following coffee and petits fours, Mr Gareth Williams, Head of the Octagon Society, kicked off the evening’s speeches recounting his own experiences of being inspired by learning through being in an academic society. The achievement of those in the society was reflected on, with particular reference to Kingham Hill’s own version of Mastermind, which was held last term.

The highly respected political journalist, Peter Snowdon, author of Cameron at 10 and Blair Unbound, and BBC Radio 4’s Today producer, took centre stage to inspire the pupils with his stories of education and the workplace.

Reflecting on his time in secondary education, Peter spoke avidly about young people using their time at school to follow subjects that they are passionate about, as he did with politics, leading to his successful career in journalism and in the media.

Current pupils listened intently as Peter talked about his daily routines working for the Today Programme and on Nick Robinson’s podcast. Hearing someone talk about their career with such enthusiasm had a big impact on pupils, especially our Head of Octagon, Danika, who used her Vote of Thanks to talk about how it encouraged her to continue to explore her own interest in politics.

Gareth Williams, Head of Languages and Octagon at Kingham Hill School, said of the evening: “What a splendid occasion to celebrate our academic society!  Having Peter Snowdon as our Guest of Honour was an absolute treat: he inspired our pupils to take risks and follow the argument where it leads. We’re already looking forward to next year’s dinner”.

Following School record GCSE and A level results in 2017 Kingham Hill School has been placed in the top 5 per cent nationally for pupil progress at A level.

27th February 2018 — Recently released Department for Education figures show that Kingham Hill School pupils on average achieve a progress score of 0.36 (well above average) from GCSE to A level, a result that also places the school in the top three for Oxfordshire.

The progress score measure looks at the school's GCSE results for pupils and compares their Sixth Form exam performance with others nationwide who performed similarly at GCSE.

Headmaster, Nick Seward  commented: "These results reflect the 'no ceilings' culture we engender at KHS. Whatever their starting point, pupils can expect to achieve far higher grades at KHS than they might elsewhere. Of course they need to buy in to the ethos of personal responsibility, but they are served by an outstanding body of professionals, in intimate and state-of-the-art facilities. I am proud of both my staff and the girls and boys they work with."