Hoe Bridge School is an independent co-educational Pre-Prep and Prep school for children 3 to 13 years old. Our foremost aim is to provide our pupils with the best preparation for senior school and beyond, with an excellent all-round education and strong ethos of respect, enthusiasm and determination to be the best they can in everything they do.

Within a stunning, safe setting combining historic buildings and new leading-edge facilities, our school is nestled in 22 acres of beautiful countryside just outside Woking, Surrey.

Hoe Bridge School is a thriving co-educational prep school for girls and boys aged between 3 & 13. It is set in a perfect location just on the outskirts of Woking surrounded by 22 acres of beautiful grounds and is only 25 minutes from central London.

Our ethos of high expectations, individual determination, enthusiasm, respect, warmth and care lead to happy, confident and successful children. The community of parents, children, staff and governors thrive on the mutual respect and support embodied in the ethos. Expectations are high and pupils’ achievements are measured against these expectations but equally importantly against their own individual potential. Individual efforts are rewarded and recognised, no matter what the level or the subject and as a community everyone celebrates these successes. Throughout the years, inspiration, care and leadership come from both staff and children alike and ensure the community is vibrant and dynamic.

Our school was awarded a grade of ‘excellent’ during our last inspection, something that both the girls and boys, staff and parents are extremely proud of.

The atmosphere of every school is unique and the strength and attraction of Hoe Bridge lies in the atmosphere generated by the staff and pupils. Standards and targets are realistic, though set as high as possible, the bright are challenged and the less able supported; the staff endeavour to instil confidence in all the children and visitors are amazed to see just how happy the children are, how determined they are to succeed and how much they care about each other. "A busy and fun action packed adventure" is one way life at Hoe Bridge has been described.... what a great and accurate description! There is never a dull moment nor is there time to be bored and the children are proud to call Hoe Bridge their school.

The provision of cutting-edge pastoral care is at the heart of Hoe Bridge. There is a genuine commitment to and care for each member of the community and the happiness of every child is central to this. The School provides children with a safe and happy learning environment in which they can enjoy building friendships for life and developing their innate creativity, curiosity and confidence within the framework of our fortnightly pastoral values.

The School assesses all of its pupils upon entry. Most of our pupils are above the national average in their academic ability and will achieve success in academically selective 11+ and 13+ examinations to Senior Schools. Some receive specific assistance from the Learning Support Department, including those who are gifted and talented.

The School has an extremely good reputation not just in the local area but county wide as well. There is a real energy throughout to preserve the family atmosphere, to constantly strive to improve results and explore all the possibilities available to enrich both the School and the lives of the children. 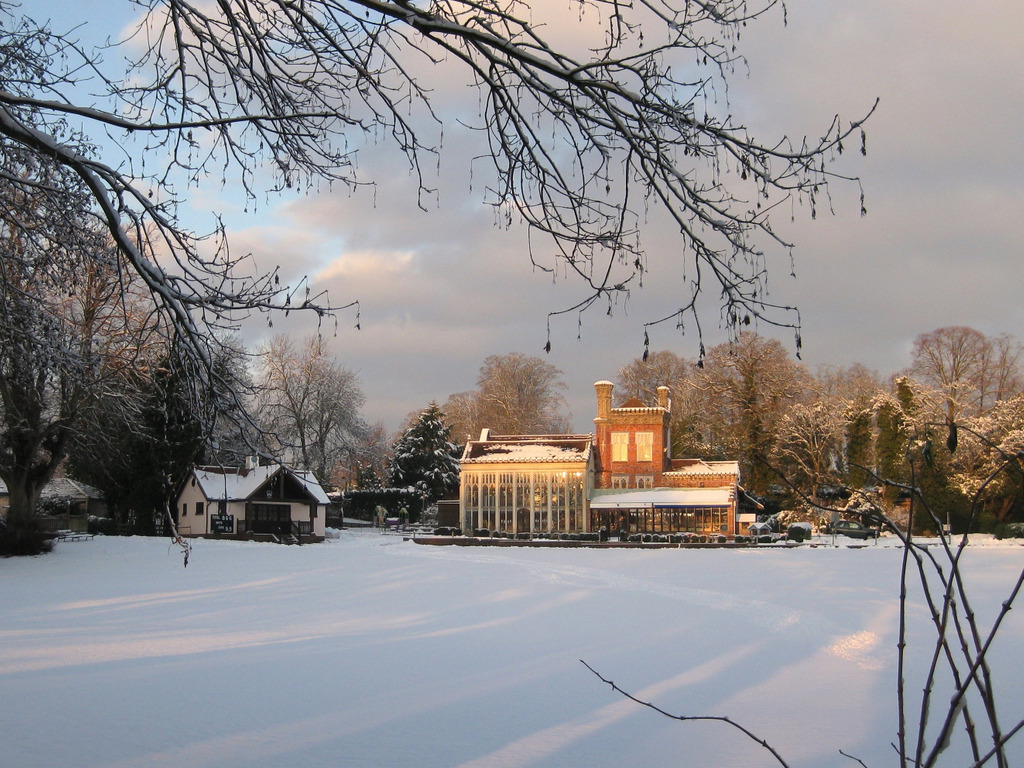 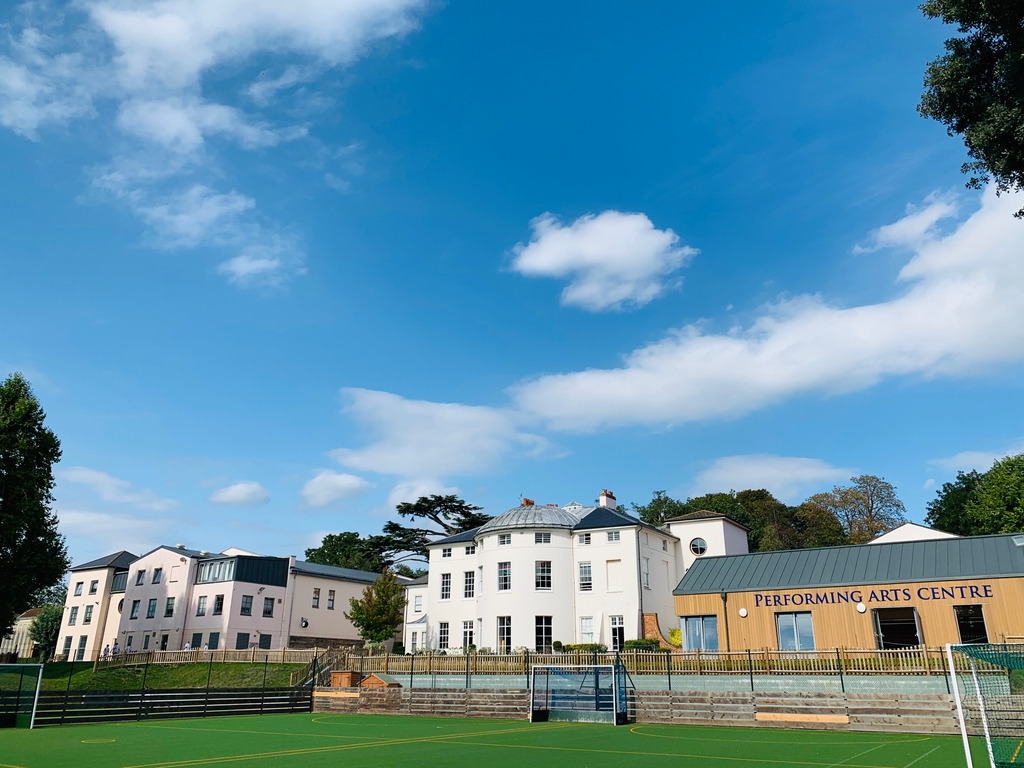 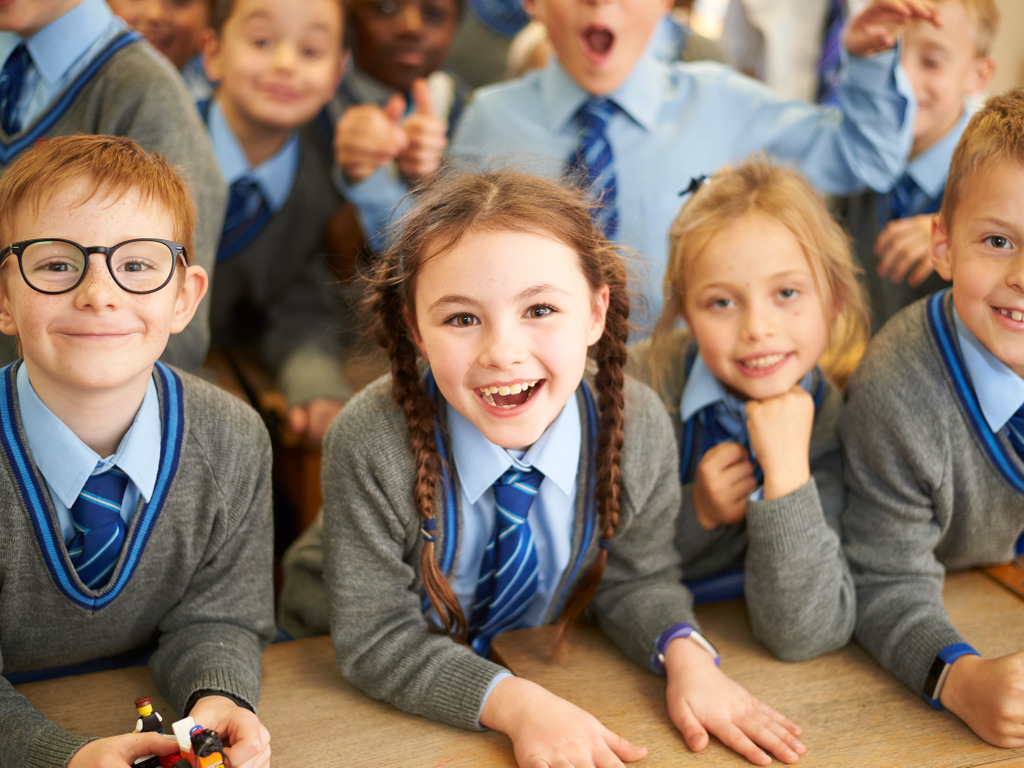 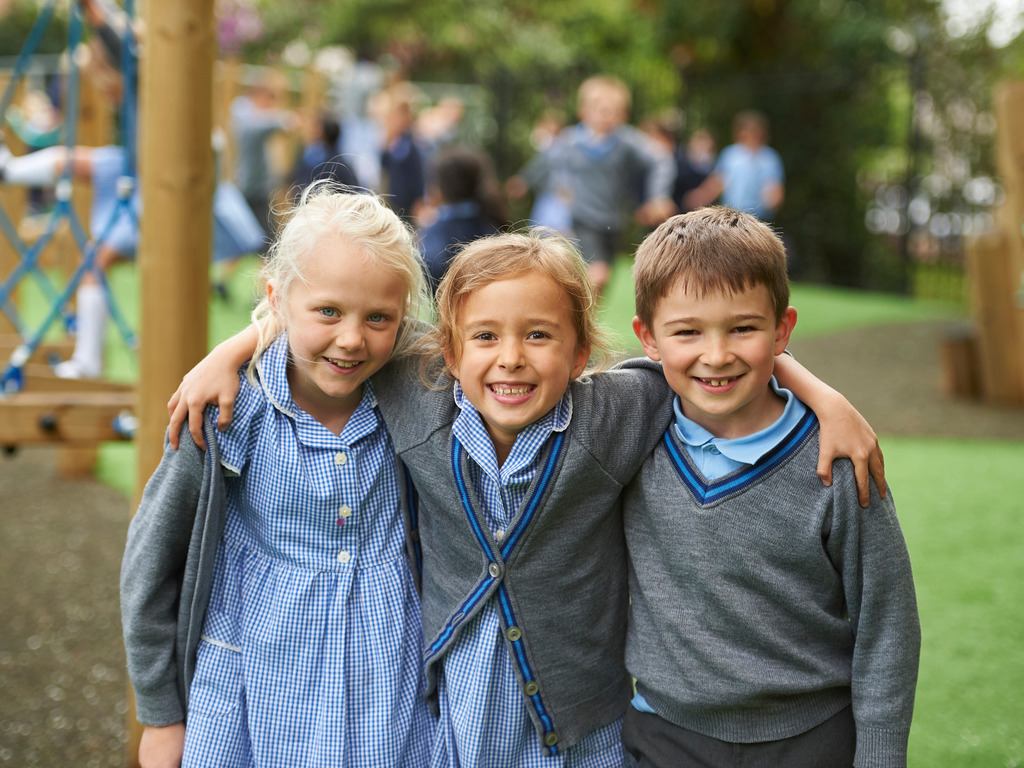 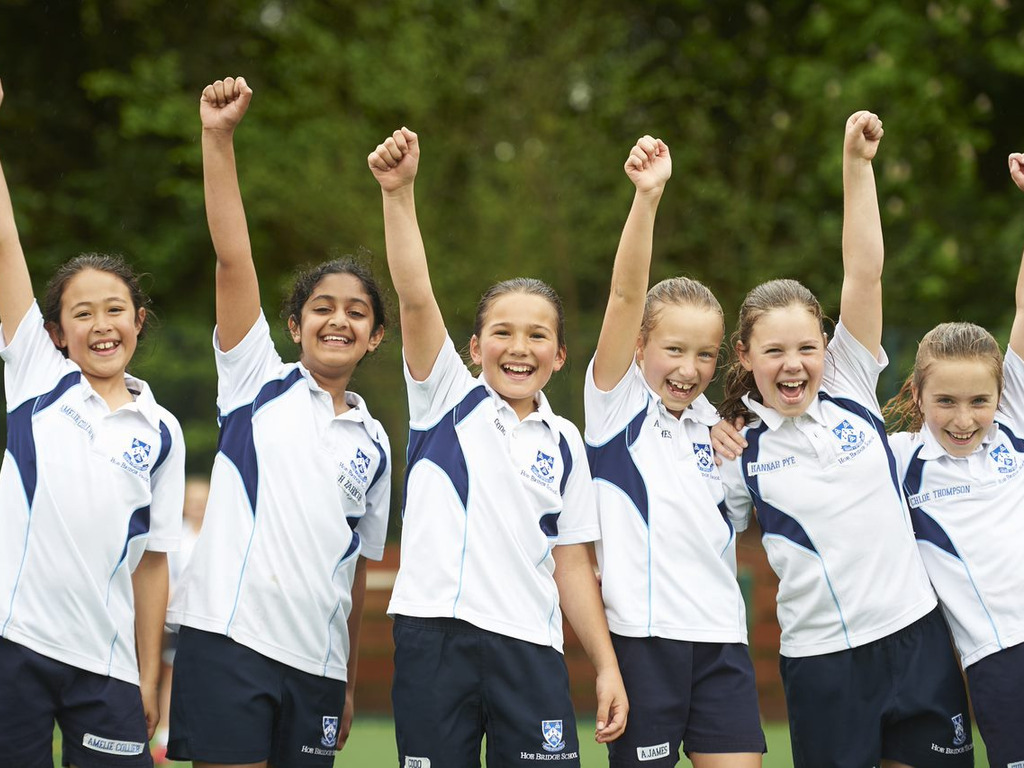 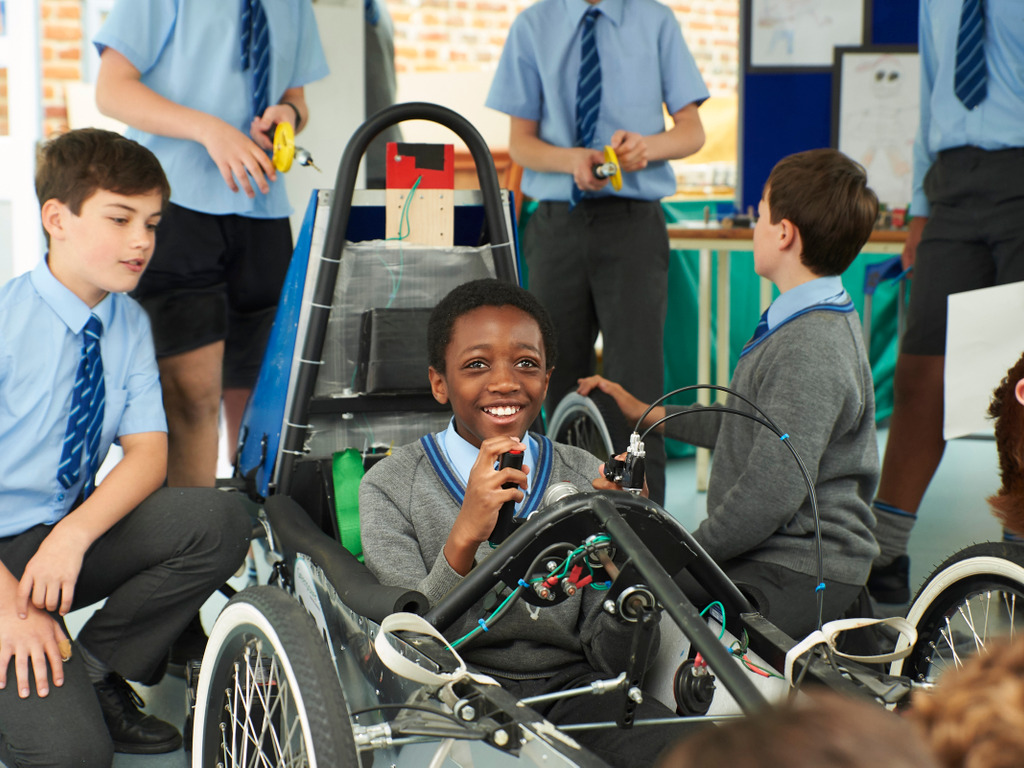 Please find full details of our fees at https://www.hoebridgeschool.co.uk/joining-us/our-fees.html

The pupils at Hoe Bridge Pre-Prep celebrated the 260th birthday of the Scottish Bard Robert Burns.

29th January 2019 — The children in the Pre-Prep Department at Hoe Bridge School were treated to their annual ‘bill o’ fare’ of haggis, neeps and tatties as they celebrated the 260th birthday of the Scottish Bard Robert Burns. Piper Ewan piped them into lunch and then with ‘his knife see rustic labour dight’ he cut the haggis open ‘wi’ ready slight’ and they all tucked in! Ewan then lead the country dancing outside in the playground.

After a year of fund raising, pupils, staff and parents from Hoe Bridge School were very proud to present cheques to the two charities they have been supporting over the past 12 months.

20th November 2018 — Both The Elizabeth Foundation and Water Aid found themselves on the receiving end of the generosity for the pupils, staff & parents from Hoe Bridge School. Each year the boys and girls vote for two charities that they would like to support and raise money for and this year those two lucky recipients received £9,000 each.

The Elizabeth Foundation is a national charity supporting infants and pre-school children with hearing loss and WaterAid works to provide everyone everywhere with clean water, decent toilets and good hygiene. Both charities were absolutely delighted to receive their cheques from the children during a special assembly and thanked them on behalf of all those it will go towards helping.

The brother & sister team from Hoe Bridge School have once again clinched gold at the 2018 U13 IAPS Sailing Championships.

24th May 2018 — Congratulations to Robert & Gemma who have once again became IAPS National Sailing Champions this time in the Under 13 age group. They competed in the Zest class at the The Andrew Simpson Sailing Centre based at the Weymouth and Portland National Sailing Academy and after a tough day of competition finished in first place and clinched the title. Last year they sailed in the Under 11 Quba class and won gold after some fantastic sailing and so to win this year in a different class is a superb achievement. The win is even more outstanding as they are still Under 12 & Under 10 respectively. A thoroughly deserved win!

The Under 11 netball team at Hoe Bridge School have achieved a superb and almost impossible feat by being crowned triple champions with the Under 11 boys and the Under 10 girls also getting in on the act as County Champions !

Last week saw the culmination of the Under 11 girls hard work and determination when they made the journey to Basildon Sports Village to compete in the National Finals where the top 40 teams in the country fought for the National title. The tournament was run in four sections of ten teams, meaning each school had nine sectional matches.  The girls played with passion, determination and most importantly good team spirit and finished top of their section after winning all of these matches. As sectional winners, they then went on to play St Piran’s School in the quarter final winning 10 - 5 and then followed by Orchard House School in the semi final which they won 9 - 6.

The Final against The Manor School would be a replay of a match that had taken place earlier in the day and with both teams determined to perform to their best it promised to be an exciting end to the competition. The Final proved to be just that and with the full time score at 7 - 7, the match would be decided with extra time. The atmosphere was tense and the Hoe Bridge girls returned to the court with 'the team' attitude.  The ball travelled quickly from end to end with some great interceptions from both teams, goals were scored and missed, but Hoe Bridge held their nerve and at the final whistle celebrated a 3 - 2 win. They were later presented with their medals and the National trophy which they are now displaying with pride at the school. This was a superb achievement for which they should be incredibly proud.

Not to be out done by the girls, the Under 11 boys have also been working hard out on the hockey pitch. They too are now Surrey Champions after winning the county tournament and as winners of the county they then moved on to the tough South East Region Championships. After a long day of hockey against the best in the region, they made it through to the semi finals and finished with a ranking of fourth in the South East overall.

If that wasn't enough success, the girls from Year 5 decided that they too wanted a piece of the action. After a thrilling Surrey tournament at Reigate Grammar School they made it through to the final where they were the eventual winners taking the total to three County Champion teams from the school.

8th February 2018 — Recently, schools from across Surrey competed in the annual Surrey Schools netball tournament which was hosted by Guildford High School.

In what is always a hotly contested tournament, the Under 11 Hoe Bridge team played outstandingly well throughout their section matches and ran away with the group after not lost a single match. They moved from the group stage into the quarter final where once again they showed their dominance by beating Holy Cross School by five goals and having played some outstanding netball the girls then faced St. George’s College in the semi final which they won comfortably 10 goals to 3.

A final beckoned against Caterham Prep School. The Hoe Bridge girls quickly took control of the match playing with skill, determination and a fantastic team spirit which proved too much for their opposition and claimed the county title with an 8 goals to 2 win.  Overall, they scored 59 goals and conceded only 10 throughout the entire  tournament - a statistic worthy of the champions!

Sarah Thornton-Pickering, Head of Girls Games at Hoe Bridge said, "We were so impressed by the standard the girls set themselves and when a team has this much determination and skill they are always difficult to beat. We are really proud of them!"

The girls were then lucky enough to be presented with their medals and trophy by two of the Surrey Storm Netball players.

The boys and girls from Hoe Bridge School have given two charities an early Christmas present by donating £20,000 to their causes after twelve months of frantic fundraising.

4th December 2017 — Both The Queen Elizabeth’s Foundation for Disabled People and Salt of the Earth found themselves on the receiving end of the generosity for the pupils, staff & parents from Hoe Bridge School in Woking. Each year the boys and girls vote for two charities that they would like to support and raise money for and this year these two lucky recipients received £10,000 each.

The Queen Elizabeth’s Foundation for Disabled People provide Bugzis which are small powered wheelchairs to young disabled children so they can experience mobility and explore their environment. Salt of the Earth support rural development projects in India and run a multitude of programmes focusing on women’s empowerment, income generation, health, education and environmental preservation.

Both charities were absolutely delighted to receive their cheques from the children and thanked them on behalf of all those it will go towards helping.

Headmaster Nick Arkell said, “We are so pleased to be able to hand over such large donations and we know how much this will help those that really need it. The children have once again surpassed my expectations and been so generous with their time and money. I am truly humbled by their enthusiasm and kindness.”

Since 2012, the School has raised nearly £105,000 for various charities and for 2017 - 2018 the children have voted to support WaterAid and The Elizabeth Foundation.

To enquire about the availability of places, or more information we would love to talk to you. Call our Head of Admissions, Kate Adams on 01483 227909 or complete our enquiry form at https://www.hoebridgeschool.co.uk/joining-us/online-enquiry.html to start your admissions process.