Highfield and Brookham offers an exceptional all-round education for children aged 2-13. Set within 175 acres of stunning grounds, the school is located an hour from London, in the South Downs National Park, on the borders of Hampshire, Surrey and West Sussex. Our small class sizes and individual approach delivers outstanding academic success and we feed the top Senior Schools in the country. Our enviable facilities in Drama, Music, Art and DT enable enormous breadth in curriculum and extra-curricular activities. Alongside our extensive playing fields, we have an indoor swimming pool and a brand-new all-weather Astro. Pupils at Highfield and Brookham are happy and fulfilled, with time and freedom to play and to explore our fields and woodlands. Whatever future academic path you choose for your child, Highfield and Brookham provides a wonderful education for your child. We will ensure that they leave us as happy and well-rounded individuals, full of enthusiasm and readiness to tackle the next stage of their learning journeys. 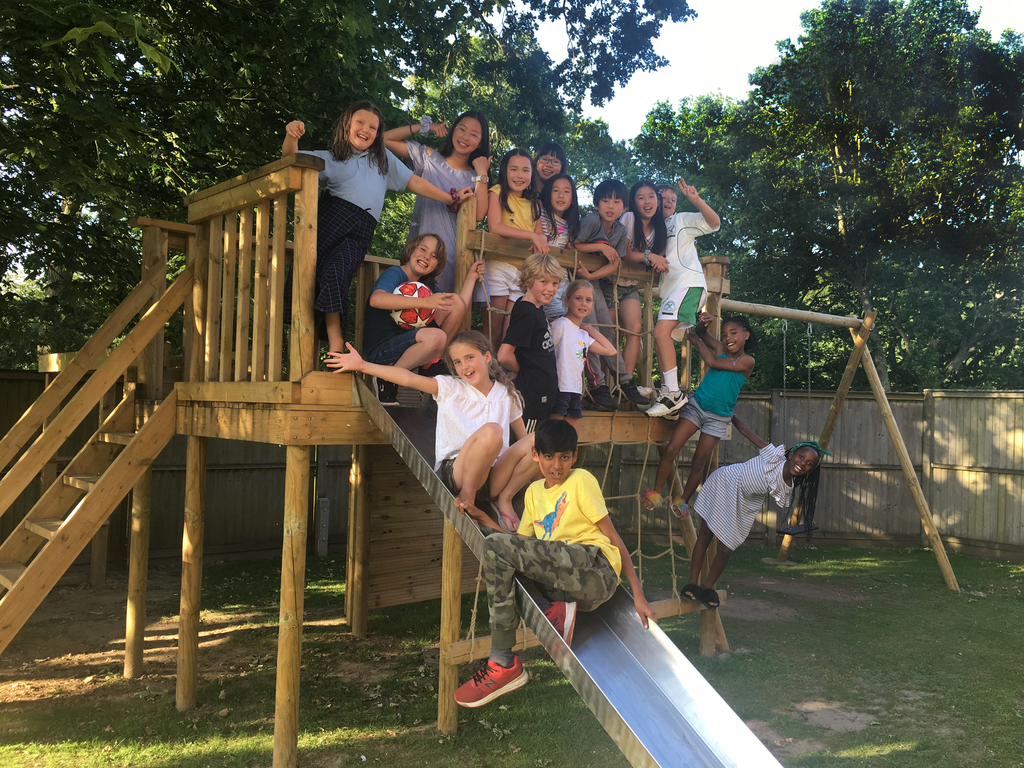 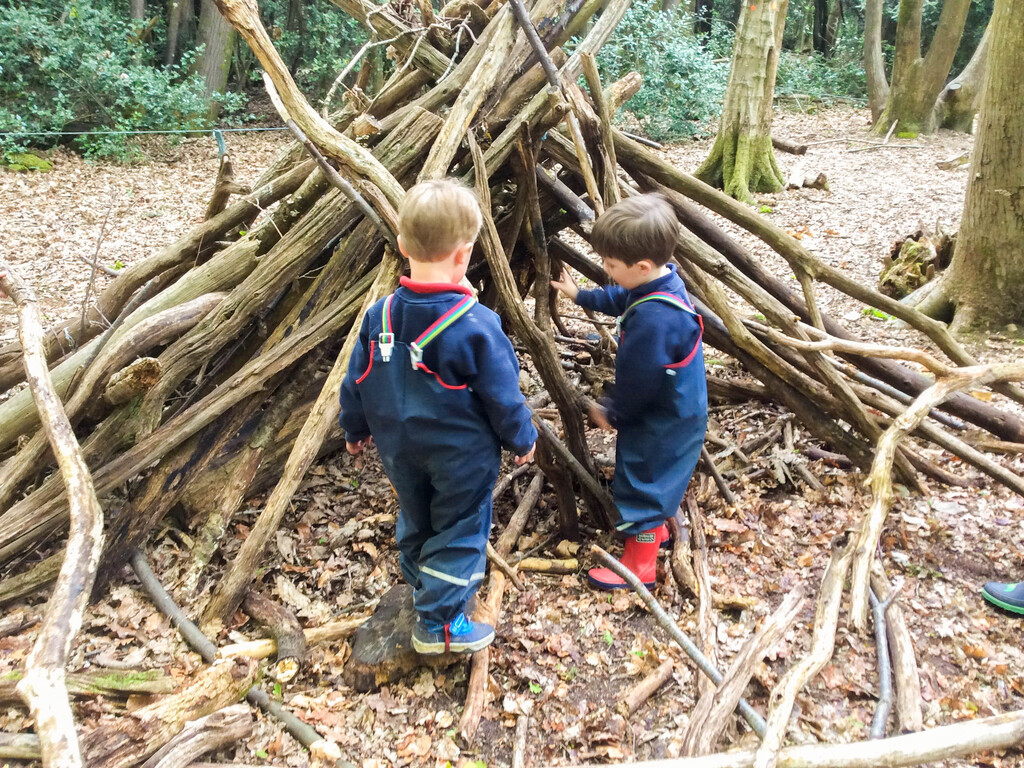 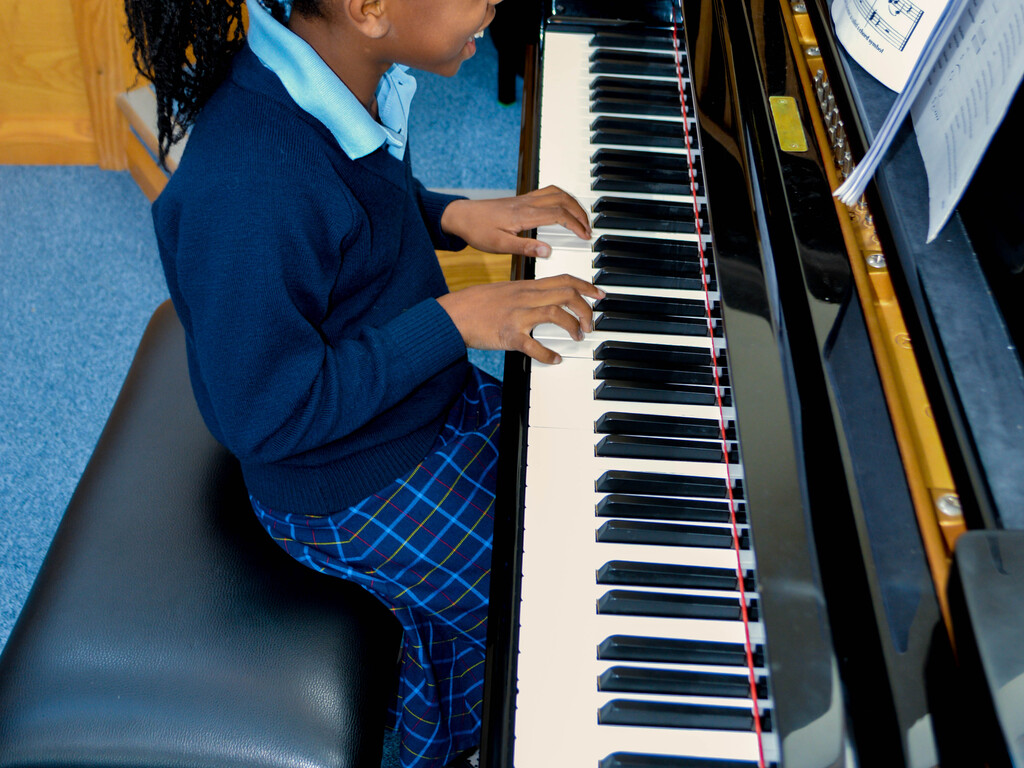 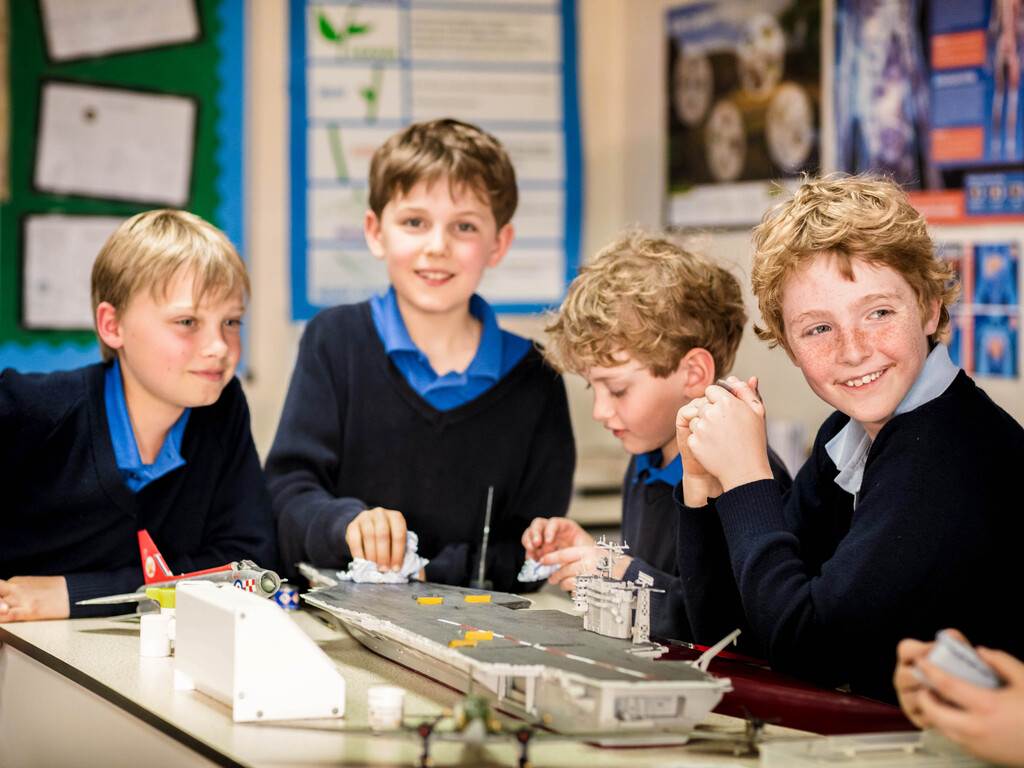 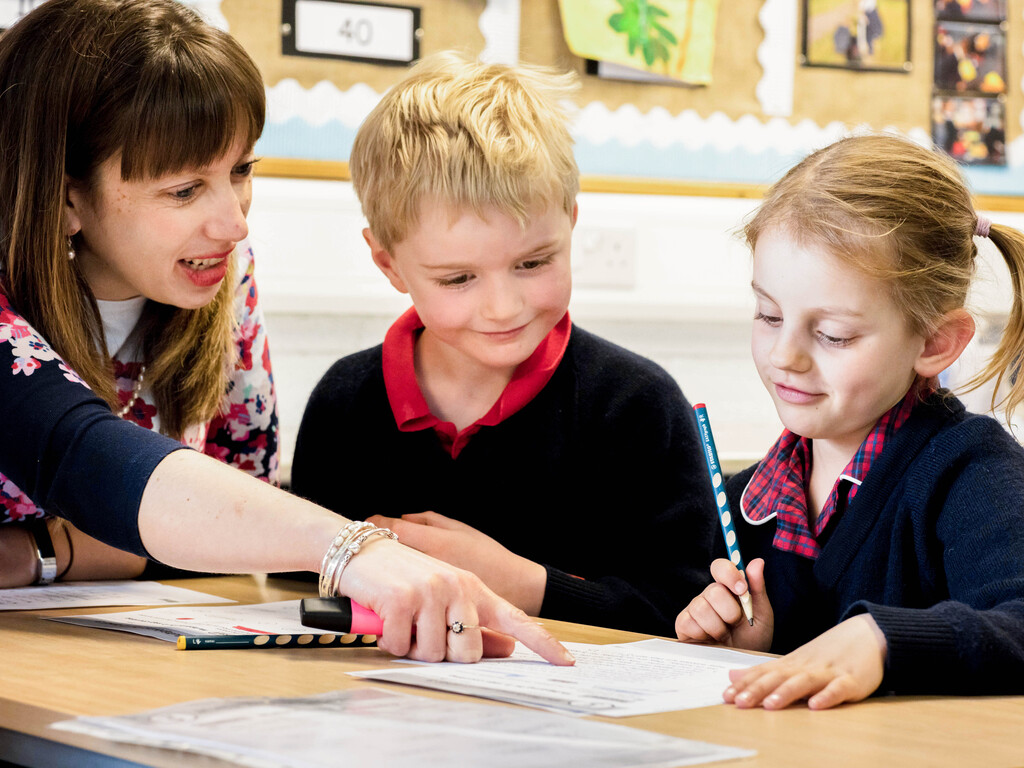 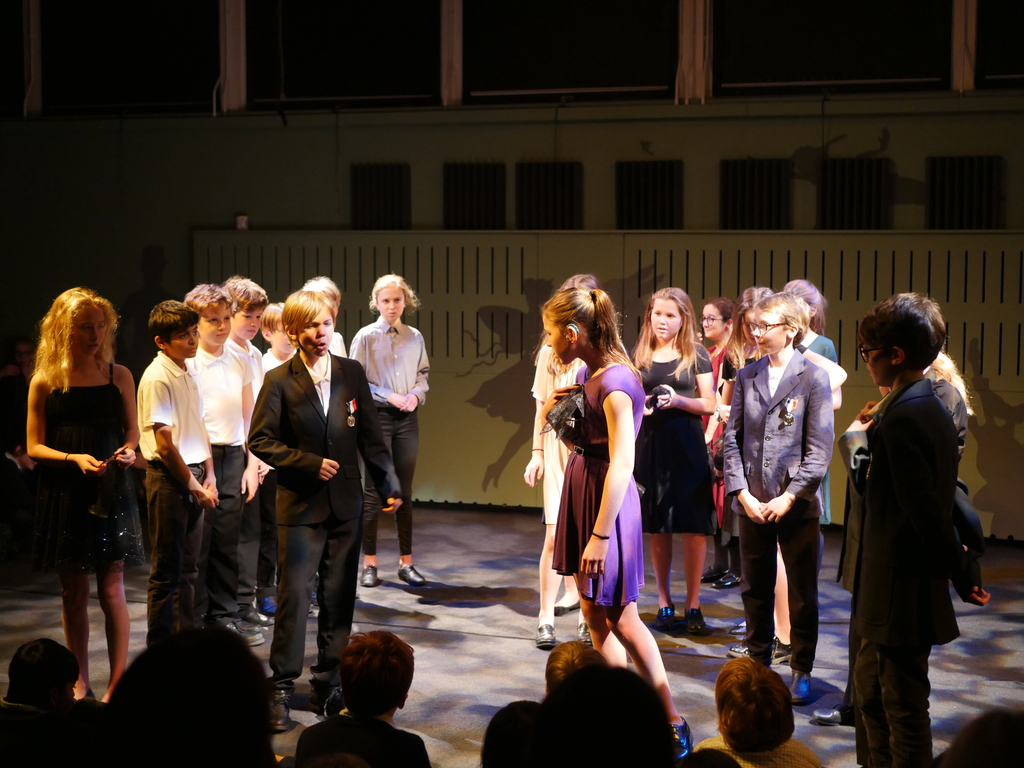 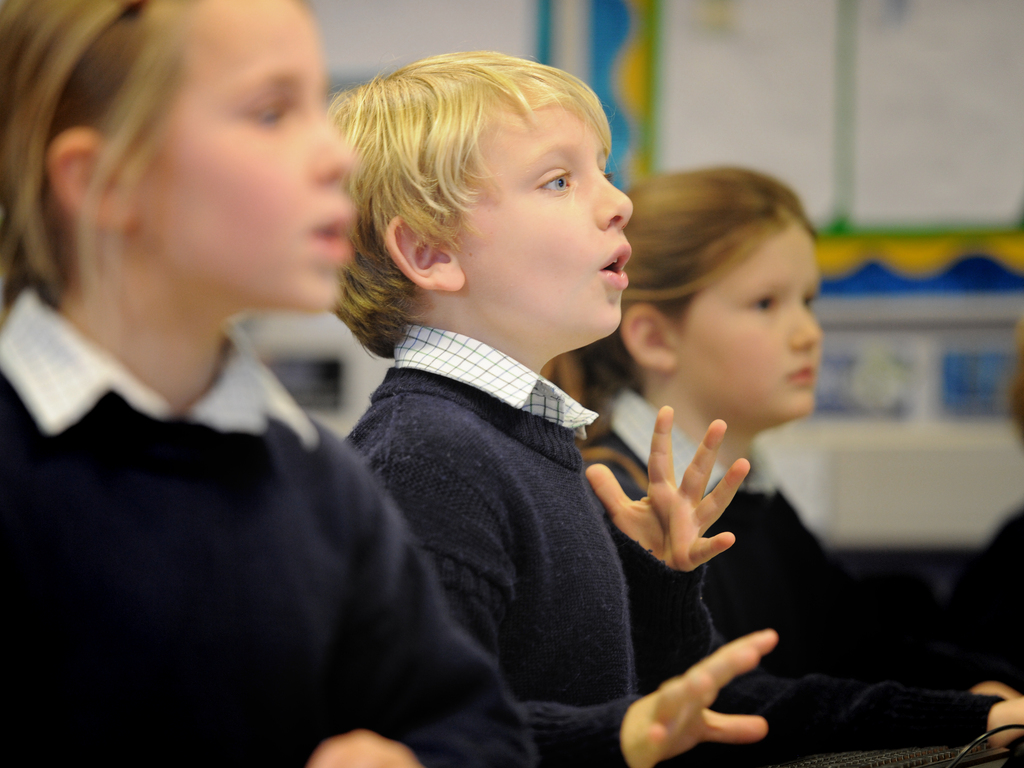 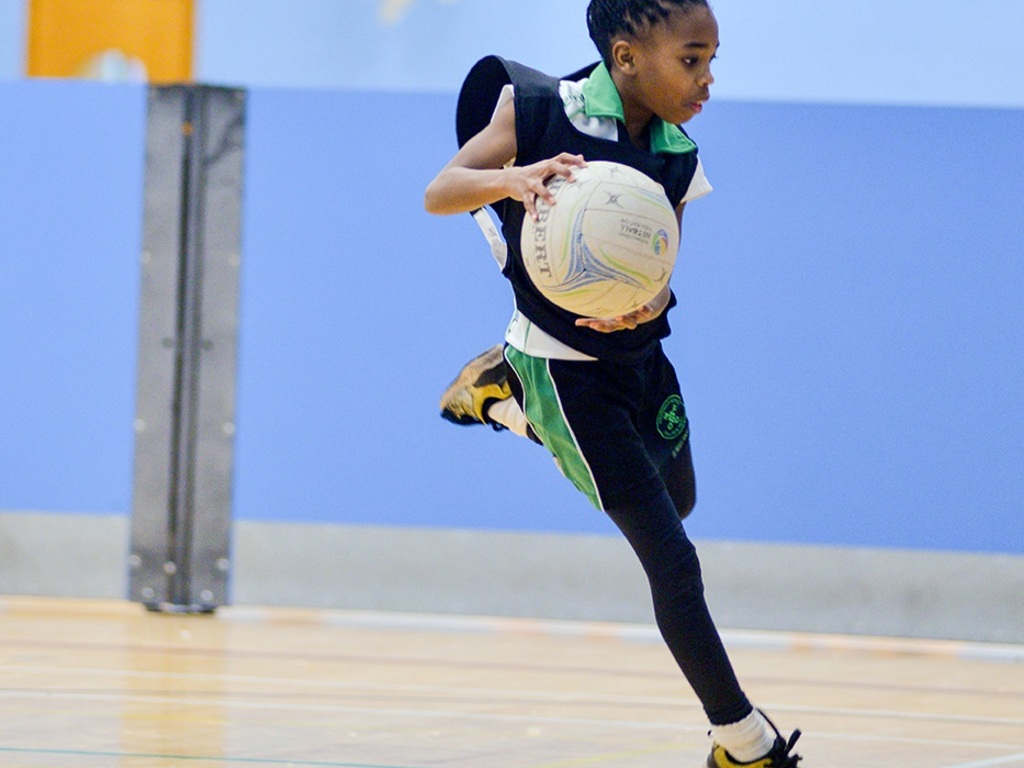 The scholarship programme, which has a fantastic record of success, is one of the reasons parents choose Highfield and Brookham Schools for their children. We ensure every child receives individual attention and our unique Scholarship Programme seeks to get the very best from each individual. Our dedicated Heads of Department, runs their own programme of support designed to help children reach their potential in their specialist subject. Scholarships help our pupils to recognise their extraordinary potential and enable them to understand that by working hard and setting high standards for themselves, they can not only reach but exceed their own expectations.

Highfield and Brookham Schools is now registered to provide education for pupils aged 2 to 13. A brand-new nursery space will be designed especially for 2-year-olds and will be open in September 2020. Registration for September onwards is open.

21st May 2020 — Highfield and Brookham Schools are delighted to announce they have received approval from the Department of Education to admit 2-year-olds to their Nursery. Previously, children were welcome to join to the Nursery the term they turned 3-years-of-age but the new registration now means children can join the moment they turn 2. This is a welcome change for many families with younger children who are keen for them to join Brookham Nursery earlier than 3 years.

In order to adapt their provision for the youngest members of the school, Highfield and Brookham Schools will design a brand-new Nursery space just for them. This specialised room for 2-year-olds will enable the children to receive the care they need separate from the older Nursery children, allowing them to develop independence, imagination and communication at a pace that is unique to them. When they are 3-years-old, or when it is developmentally right for them, children will graduate up into the main Nursery space which is a gentle step up and geared towards getting the children ready for Reception.

All children at Brookham Nursery benefit from small class sizes and high staff to children ratios which means teachers have time to develop each individual child helping them to build the foundations to becoming a courageous and independent life-long learner. They also have 175 acres of private outdoor learning space to explore as well as specialist teaching in P.E., Music and Forest School.

Mrs Sophie Baber, Headteacher at Brookham School says: “Nursery is the beginning. It is all about building strong foundations for children’s future learning. We strongly believe in child-led learning which gives the children to freedom to express themselves, develop and pursue their own interests, underpinned by the Early Years Curriculum and our experienced teachers. We simply cannot wait to welcome 2-year-olds to benefit from an education at Highfield and Brookham.”

Highfield and Brookham’s Astro Is Complete

Highfield and Brookham’s Astro Is Complete

20th May 2020 — Molly Fairbairn, England U18 Hockey player visited her old school, Highfield and Brookham, to christen their new all-weather Astro. Highfield and Brookham Schools, in Liphook Hampshire, were delighted to receive full planning permission at the end of 2018 for the pitch. The new Astro is a full-sized sand-dressed hockey pitch, built to FIH (Federation International Hockey) standards, allowing for two smaller cross field Hockey pitches as well as the full-sized pitch. The floodlights allow the schools to train and play in the evenings all year round.

The construction was completed by Smith Construction, based in Lincolnshire, and was project managed by Traction Sport, based in Dorset. The school have been impressed by the project team throughout, tackling some challenging hurdles along the way including months of wet weather and numerous planning requirements. The work started at the beginning of August 2019 and was scheduled to take around 14 weeks to complete. However, after weeks of wet weather the work had to be put on hold as the carpet became too saturated to be in-filled with sand.

Phillip Evitt, Headmaster at Highfield School said, “This is something that has been in the making for many years and it has certainly been worth the wait - a legacy for future generations. However, the irony of the project has not escaped us – the fact that the completion of an all-weather pitch had to be delayed because of the weather! And now it is finally complete we have no children in the school to use it.”

As well as children of the schools’ parents who are Key Workers, one person has been able to make use of it, Molly Fairburn, current England U18 Hockey player. Molly left Highfield and Brookham Schools in July 2016 and went on to Canford School in Wimborne. She starts playing for England next month. Highfield and Brookham is where her love for sport first started. During lockdown, following all social distancing guidelines, she has been using the Astro with her father to keep up her practise.

Molly Fairbairn, England U18 Hockey said, “Sport, particularly hockey, was a big part of my life at Highfield and Brookham and I have so many happy memories of being part of a team there. The Astro is a fantastic addition.”

The all-weather pitch can be used, not only for hockey, but for hosting a full range of sports including lacrosse, cricket, football, PE, fitness sessions and after-school clubs. The pitch will be available for local sports clubs, schools and the wider community to use. Highfield and Brookham Schools have already had interest from Haslemere Hockey Club and Liphook Football Club.

To find out more about Highfield and Brookham Nursery, Pre-prep and Prep and their specialist sports provision visit highfieldandbrookham.co.uk.

Parents are invited to register their children at any stage, but as availability of places in all year groups is very limited, we strongly recommend registration at the earliest opportunity. All registered children are invited for an Assessment Morning in the November prior to entry, this takes the form of age appropriate standardised NFER Assessments in Reading, Spelling and Mathematics. Highfield and Brookham are non-selective and take pupils with a broad range of ability which we believe is an essential element of the School’s strength and gives it its great character and atmosphere.