We think that our school is a very special place, offering a broad curriculum, a vast range of extra curricular activities and outstanding pastoral support.

Gresham’s Prep School is a very special place. We cater for around 200 pupils, about a quarter of whom are boarders. We offer a broad, forward-looking curriculum, a vast range of extra-curricular activities and outstanding pastoral care and support. Above all, we offer the space and care for your child to develop; their happiness and progress is an absolute priority. We want every child to feel encouraged, confident and at home. That way they can develop strong roots that will help them grow into happy, well balanced and responsible adults. We also value the individual and want all our pupils to be proud of themselves, their abilities and their individuality. In addition, we make sure that children have plenty of time to be children and that play, fun and laughter feature strongly. Above all this is a happy, kind, busy and inclusive school; please come and visit us and experience it for yourself. 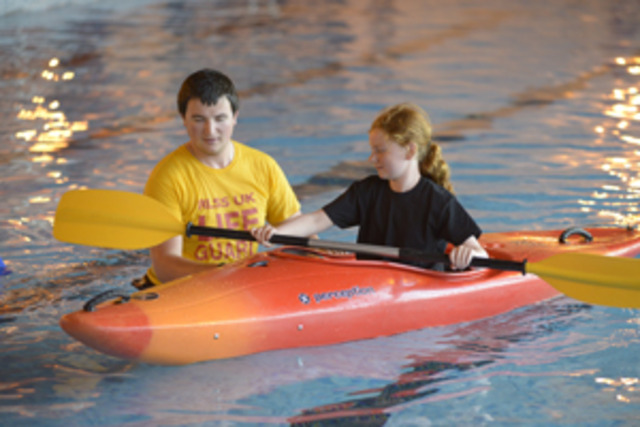 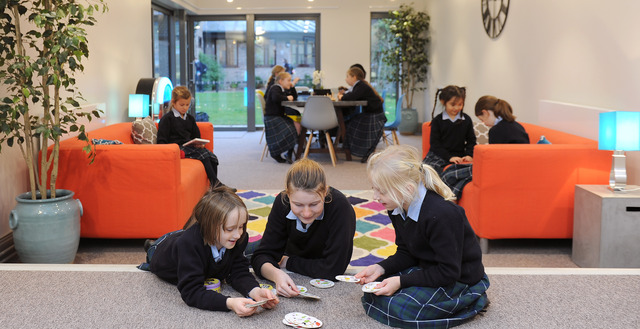 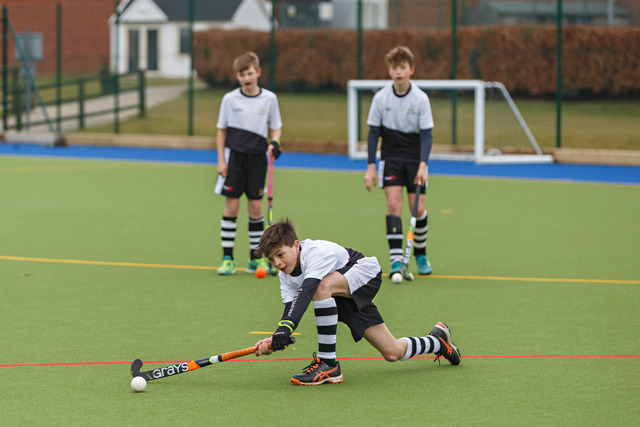 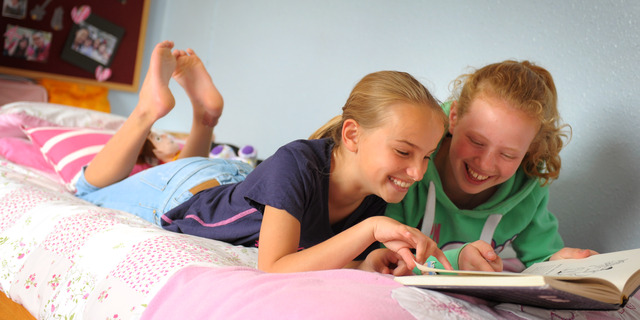 Masterclasses with a Maestro and Olympic Gold Medal Winner

Masterclasses with a Maestro and Olympic Gold Medal Winner

Pupils at the Holt based school, Gresham’s, have this week had their Piano and Hockey skills boosted with the help of two world-class instructors.

19th September 2019 — Pupils at the Holt based school, Gresham’s, have this week had their Piano and Hockey skills boosted with the help of two world-class instructors.

Pianists have spent time observing, discussing and working with Adam Johnson. A world-renowned prize-winning pianist who was a scholar and junior fellow at the Royal Northern College of Music.

Adam worked with pupils from the Senior and Prep schools on individual pieces to develop their piano playing, technique, and expression.

Playing the school’s Steinway pianos, the young maestros received notes on the pieces they performed and encouragement to keep practicing and evolving their performance style and posture.

Hockey players have had a boost to the start of their season with a visit from Kate Richardson-Walsh, former GB Hockey Captain, who put them through their paces and offered valuable advice for both on and off the pitch.

The Olympic gold medal winner met with both senior and junior teams, holding a Q&A session over lunch where pupils discovered what makes a top athlete. She also trained with the 1st XI and offered tips and advice to the budding hockey stars.

Kate was captain of GB and England for 13 years, winning a gold and bronze medal at the 2012 and 2016 Olympics. She was capped by her country a record 375 times. She was also the first English player to be included in the European Hall of Fame.

Headmaster Douglas Robb said: “Inspiration is a great motivator and these masterclasses have demonstrated what hard work and dedication can bring. Having two individuals who are outstanding in their fields visit Gresham’s is a great honor for both the school and the pupils involved.”

Gresham’s offers scholarships to exceptional children who show outstanding potential academically and/or in the fields of both Music and Sport as well as Art and Drama. Scholarships are available to children wishing to apply for a place in Year 7, Year 9 or Year 12 and the Senior School Open Morning is on Saturday 28th September.

• Gresham’s is an independent, co-educational day and boarding school for pupils aged 2 to 18. The school is set in 200 acres of beautiful countryside, just four miles from the North Norfolk coast, most of which is designated an Area of Outstanding Natural Beauty.

• In March 2016, the Nursery and Pre-Prep, Prep and Senior School were awarded 'excellent' in all nine categories following an inspection by The Independent Schools Inspectorate. ‘Excellent’ is the ISI descriptor for the Ofsted term ‘outstanding’.

• The school was founded in 1555 by Sir John Gresham who went on to become Lord Mayor of London and forged close ties with the Worshipful Company of Fishmongers. Strong links with the City of London remain today.

More than 900 children from 37 schools took part in this year’s Cross-Country Championships at Gresham’s School, Holt.

The annual event, which is in its thirteenth year, saw record numbers of children compete again at the school on Friday 5 October.  Four races were held for boys and girls in U9 and U11 events.

The U9 course was 1200 metres with a longer course of 1500 metres for U11 competitors. The first U9 race took place at 11.5am and saw the children follow a course through Gresham’s school fields and woods.

Acting Head, Mrs Cathy Braithwaite said, “The cross-country event has become one of the highlights of our sporting calendar and it was wonderful to see so many children and their families supporting this event. I hope everyone enjoyed taking part and we look forward to welcoming many of the schools back for next year’s event.”

During a presentation ceremony, prizes were awarded to all the winners by former Deputy Head of Gresham’s Prep, Mr Richard Brearley.

Pupil’s work is recognised in an international writing competition

Pupil’s work is recognised in an international writing competition

“The leaves of the oak,
From green to orange to bare,
The colours of change.”

Haiku is the shortest form of poetry in the world and this competition, which was open to children aged 15 years and under, attracted entries from 44 countries including 734 UK entries.

The works produced by children were composed of drawings and Haiku, which had to portray scenes that children see in their daily lives or maintain in their memory, and reflect the characteristic features, social conditions, and perspectives of their country.

When asked about how it felt to have his work recognised on a global stage, this young, talented writer replied with another composition:

The exercise of the mind,

The JAL Foundation was founded in 1990 and the Haiku Contest is just one of the initiatives it has developed to provide educational projects and cultural exchanges aimed at fostering globally minded people.

A team of four Year 8 scientists attended the annual Salters’ Institute Festival of Chemistry at the University of East Anglia (UEA) on Thursday 24 May.

11th June 2018 — A team of four Year 8 scientists attended the annual Salters’ Institute Festival of Chemistry at the University of East Anglia (UEA) on Thursday 24 May. Dr Louise Betts, Head of Science at the Prep School, selected Phoebe Williams, Georgia Clarke, Alfie Kydd, and Josh Howland to attend the event, which sees teams from 15 other local schools compete in two challenges and hear a number of lectures about Chemistry in practice.
The Salters’ Chemistry festivals are valuable experiences for young scientists. They offer an opportunity for pupils to see first-hand the laboratories used by undergraduate and PhD students; to hear from university lecturers about exciting discoveries; to see experiments demonstrated; and to learn more about the importance of teamwork, by working together in the challenges without any assistance from Dr Betts.

The premise of the first challenge was to conduct a forensic science investigation. The pupils needed to successfully decipher code (Greek), conduct chemical reactions, and use chromatography in order to file a forensic report. In the second challenge, titled University Challenge, the participants competed to make the best foam for a fire extinguisher, being judged both on speed of production and the volume of foam produced.
One of the highlights of the event was the Kitchen Chemistry lecture, in which a UEA lecturer gave an exhilarating demonstration using liquid nitrogen.

We are grateful to the Salters’ Institute for running these enrichment opportunities for pupils, and with thanks to Dr Betts for taking our team once again.

Triumph for Gresham’s at the 8 Schools Athletics Meeting

Triumph for Gresham’s at the 8 Schools Athletics Meeting

On Friday 18 May Gresham’s once again hosted the annual 8 Schools Athletics Meeting for U10 to U14 athletes from eight local schools and, for the first time in recent years, won the meeting.

On Friday 18 May Gresham’s once again hosted the annual 8 Schools Athletics Meeting for U10 to U14 athletes from eight local schools and, for the first time in recent years, won the meeting with a final points score of 1,076, narrowly beating St Faith’s School, who finished in second place with 1,072 points.

Congratulations to all pupils who achieved a personal best or performed particularly well on the day, especially Year 8 pupil Hattie Reynolds, who won the 1500m mixed race and finished only one second off breaking our school record; Year 8 pupil Oliver Randell was just two seconds off breaking the school’s 300m record; and Year 7 pupil Trent Stoltz achieved a 145cm high jump, which is an impressive accomplishment for someone of his age.

Gresham’s has been running the meeting for over 20 years and Prep School Deputy Head, Mr Richard Brearley, who has been instrumental in running the event since its inception, played the role of starter in his last 8 Schools Athletics Meeting before he retires at the end of this term. Thank you to Mr Brearley for his dedication to the event over the years, and thanks also to the Prep School Parents’ Association for providing refreshments.

On the afternoon of Thursday 26 April over 100 pupils between the ages of seven and 13 convened at Gresham’s Prep School for the annual Up Beat music workshop.

15th May 2018 — On the afternoon of Thursday 26 April over 100 pupils between the ages of seven and 13 convened at Gresham’s Prep School for the annual Up Beat music workshop. Organised every year by Director of Music, Prep School, Mrs Lynne Roberts, the event is run for musicians from local primary and prep schools for the purpose of getting together with like-minded young people to enjoy practising and performing music together.

For the first few hours of the afternoon the musicians, who may have started learning their instrument as recently as September or may have achieved up to a grade 7, learnt to play three pieces: the Blue Danube waltz; extracts from Beethoven’s fifth symphony; and Abba’s Dancing Queen. Pupils brought their own instruments and, for the less experienced musicians, Mrs Roberts had written simpler sheet music so that everyone could be fully involved in each piece.

Mrs Roberts said: “The format works really well so that everyone can join in throughout. Our own Prep orchestra members – 30 of the pupils in attendance – enjoy having the opportunity to perform in ensembles at school but, for many state primaries, offering such an opportunity is not always feasible. So being able to invite pupils from across Norfolk to join us for an afternoon to experience the thrill of practising together and performing with their peers in our Prep School hall, is fantastic – we love organising the Up Beat workshop every year and long may it continue!”

Pupils played a broad range of instruments with plenty of violins, flutes, clarinets and trumpets in action; we even had two French horn players in attendance!

Entrants to the Prep School sit English and Maths assessments. These Assessment Days are held every January but it is possible to sit the assessments at other times if required. For children who live overseas assessment papers can be sent to their current schools.