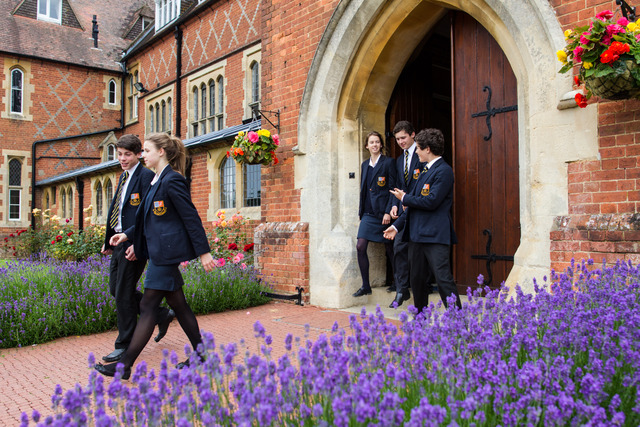 Cranleigh is a leading co-educational weekly boarding and day school set in a stunning rural location in more than 240 acres on the edge of the Surrey Hills.

Cranleigh is a leading co-educational weekly boarding and day school set in a stunning rural location in more than 280 acres on the edge of the Surrey Hills. In 2015 the School celebrated its 150th anniversary; it has come a long way since its establishment as a school to support the local farming community in 1865.

There are strong links between the School and nearby Cranleigh Preparatory School and pupils also join from a wide variety of other prep schools across London and the home counties, creating a lively, House-based community of young people who are drawn together by their inherent love of life and getting involved in everything Cranleigh has to offer.

In 2015 the newest addition to the Cranleigh family also celebrated a birthday. Cranleigh Abu Dhabi, situated at the heart of Saadiyat Island, the Emirates’ island of culture, opened its doors to the first pupils at the Junior School in 2014. Like the other Schools in the Cranleigh family, Cranleigh Abu Dhabi shares the motto Ex Cultu Robur (from Culture comes Strength), an ethos which celebrates co-curricular success alongside academic excellence with remarkable results for every pupil, year on year. 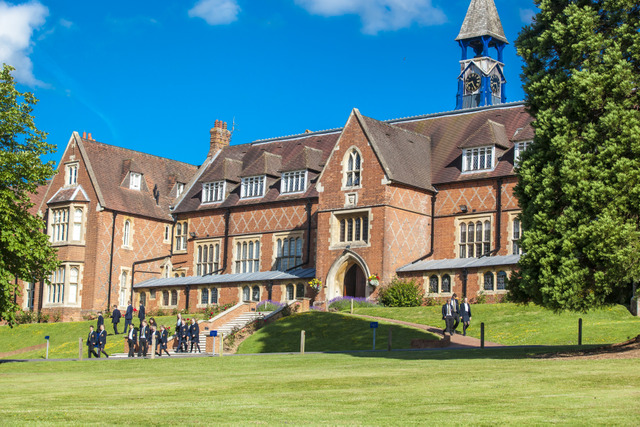 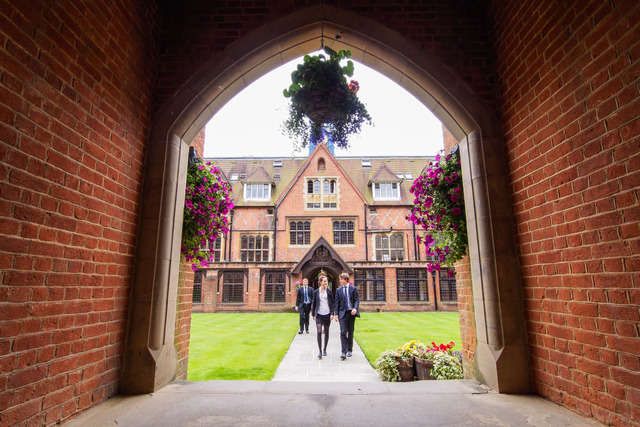 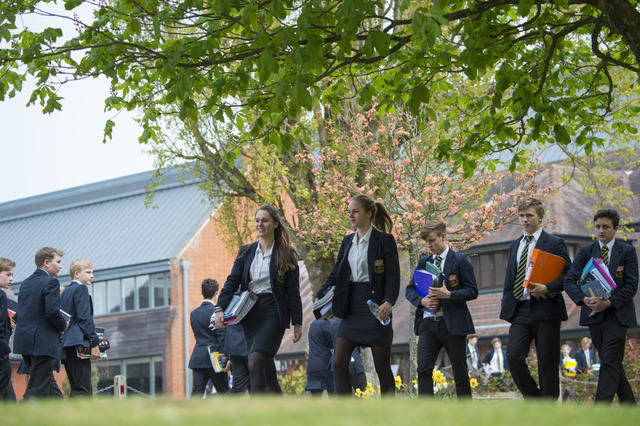 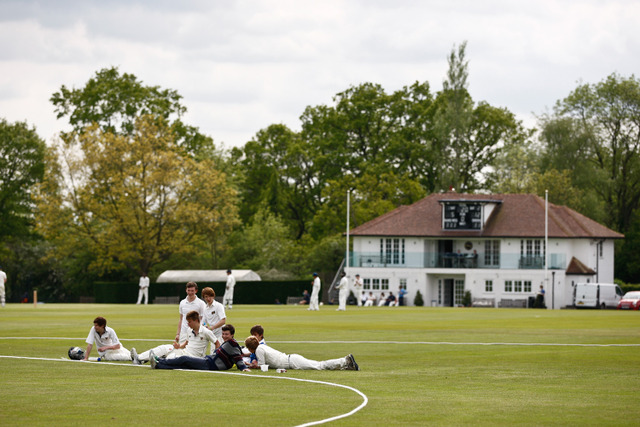 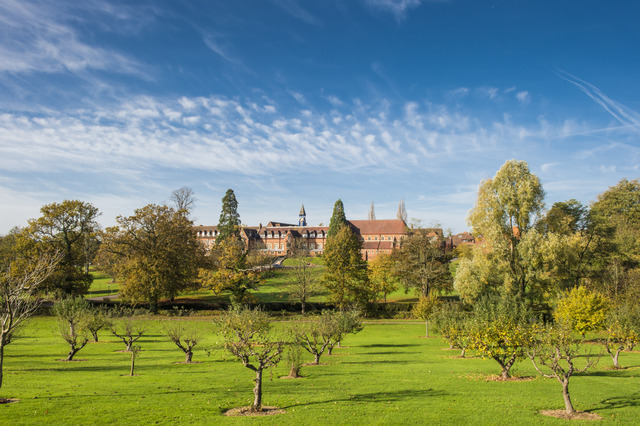 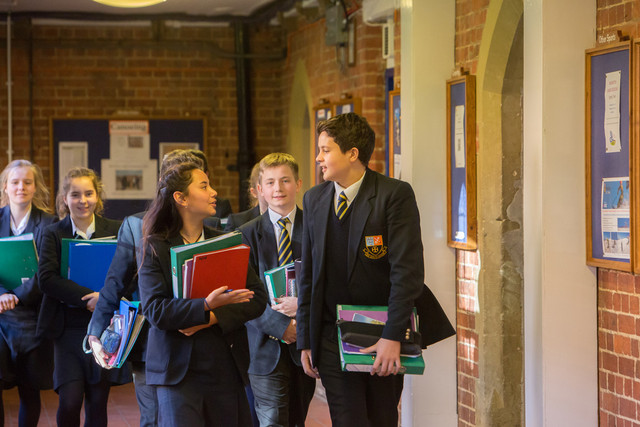 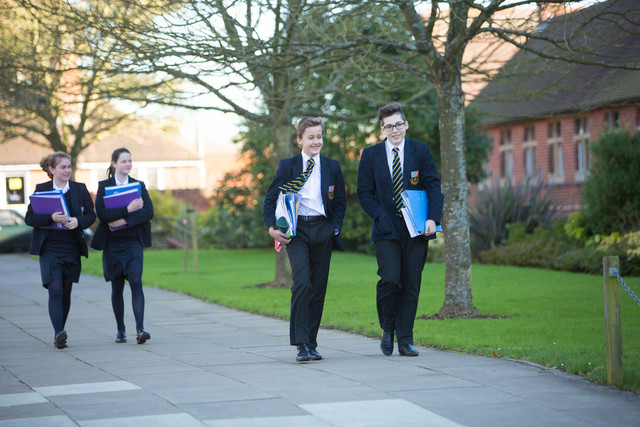 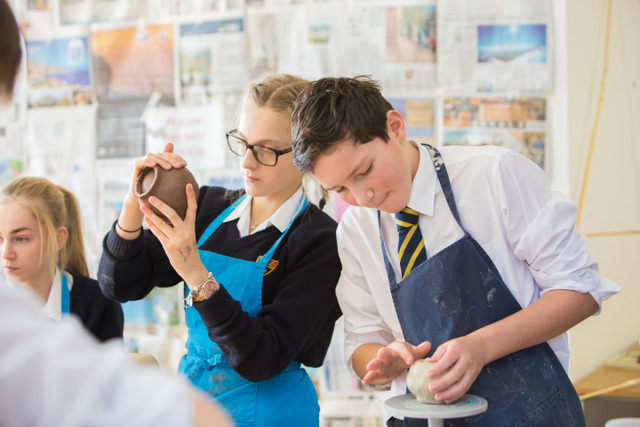 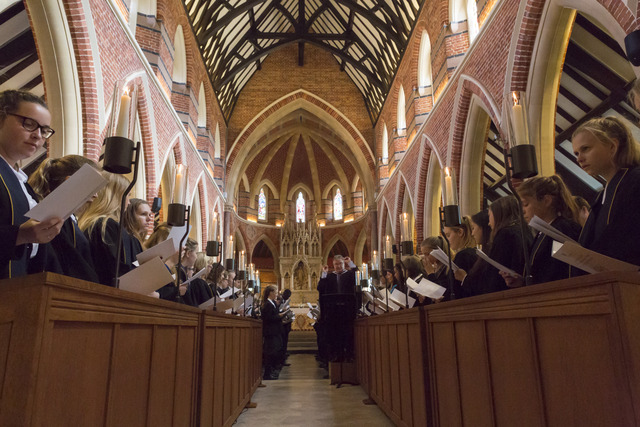 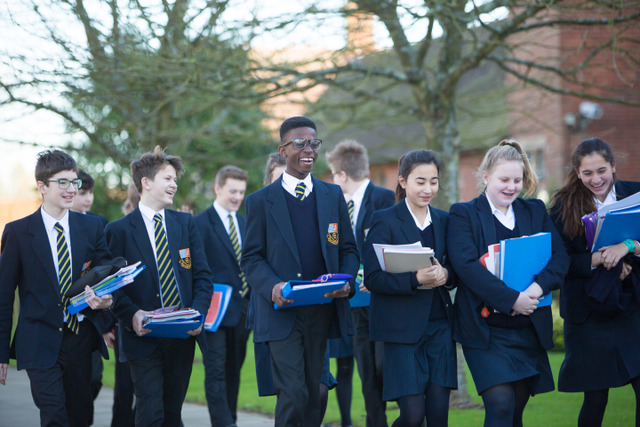 Please visit this page of our website for detailed information regarding applications for Scholarships at Cranleigh School:

Please visit this page of our website for detailed information regarding applications for Bursaries at Cranleigh School:

Sixth Form EPQ students celebrated their best ever set of results in recent years, with 60% gaining A or A* and 89% gaining A* to B.

12th March 2021 — These results would be impressive in any year but coming after a period of unprecedented challenge, the achievements of the EPQ students are particularly noteworthy. They have shown creativity, resilience and resourcefulness in adapting their aims to enable them to achieve successful outcomes in unique circumstances.

The EPQ is increasingly recognised as a valuable addition alongside A levels, providing students with an opportunity to develop their ideas and skills across a variety of outcome types.

This year, Cranleigh students have produced high quality written dissertations as well as working on creative projects ranging from dress design and bike renovation to AI programming, film-making and composition.

Seizing an opportunity to create a cross-year Symphonic Wind Orchestra for the first time this academic year, thirty seven young wind, brass and percussion players came together to produce and record an arrangement of Morton Steven’s original theme tune to Hawaii Five-O.

10th March 2021 — Working remotely under the expert guidance of Mr Dave Eaglestone (Head of Brass & Woodwind), our young musicians entered into the sun-drenched spirit of the TV show; rehearsing, producing and filming audio, video and ultimately creating a full performance from the confines of their own homes.

They have learned valuable new skills, and proved that, with clever use of technology, even the joy of large-scale ensemble music making is possible under lockdown.

We hope you enjoy their performance, even if the sight of a certain member of the 1st XV front row in full hula dress is a bit much!

Congratulations to Sixth Form music scholar Reuben A., who has been awarded a scholarship to study the trumpet at the Royal Academy of Music in London, following highly competitive auditions.

14th January 2021 — Widely regarded as one of the most prestigious musical institutions in the world, and accepting just a handful of talented brass players each year, this represents a major achievement.

Richard Saxel (Director of Music) said ‘Reuben has worked extremely hard to achieve this accolade; he has immersed himself in music whilst at Cranleigh, and practises relentlessly. As a RAM alumnus, I know from personal experience that he will enjoy access to the finest possible musical training; with lessons, masterclasses and coaching from world-class musicians, and he will have opportunities to develop his playing in orchestras and ensembles featuring the best young players in the country. We are thrilled for Reuben, and look forward to seeing how he develops as a musician in the next few years.’

Cranleighans will have the opportunity to hear Reuben perform the Arutunian Trumpet Concerto with the Merriman Orchestra at the end of the Summer term.

Over Long Leave the junior England hockey teams all played a series of Tests against Ireland, with the School being represented in each of the age groups.

25th February 2020 — Over Long Leave the junior England hockey teams all played a series of Tests against Ireland, with the School being represented in each of the age groups.

Ben G and Will P made their debuts for the England Under 16 Boys’ who had three victories: 4 – 1, 3 – 0 and 2 – 1. Ben kept a clean sheet whilst he was on, with Will netting a couple of goals. Siena K represented the Under 16 Girls’ for the second year running, and was an integral part of the defence that didn’t concede a goal in the first two encounters, with England winning 5 – 0 and 2 – 0.

The next set of matches take place over Easter. We look forward to seeing the players develop their international experience.

Cranleigh's 1st XV  were presented with the prestigious Daily Mail trophy on Friday evening. Parents and pupils gathered in the Reading Room to watch the presentation take place.

27th January 2020 — They were unbeaten all season, only the fifth time for Cranleigh since rugby started in 1916. They finished first in the Daily Mail Schools Merit Table for the first time, finishing ahead of 103 top rugby schools in the country.

Andy Houston, Director of Rugby, praised the hard work and humble attitude of the whole team: "We did it the right way, with the boys loving playing their games and always with a smile on their faces. Some of them have been playing together since prep school and they have always been hard workers who push each other as a team. What makes Cranleigh special is that we pass it down, our boys are good role models and they're inspiring the younger years."

Their success comes as a result of an unbeaten season where the team only conceded six tries all year and scored 339 points in their nine matches.

Cranleigh Ski Team has quickly become a force to be reckoned with on the school ski circuit with a huge haul of medals and trophies at the ISSC (Independent Schools Ski Championships). This was the third time the team have competed at the event, and for the first time gained podium finishes in all competitions. The event was held in Les Deux Alpes, France during the first week of the Christmas holiday. 48 pupils, 32 from Cranleigh Senior and 16 from Cranleigh Prep, competed in Giant Slalom, Slalom and Team Duel slalom against 20 other schools.

7th January 2020 — On the first day the wind hindered progress as 70mph winds caused all of the chair lifts to close. Some braved the wind and got a few runs on the lower button lifts but no one could train for the events. There were similar conditions on the second morning until lunch when the wind died down, a single lift was opened to enable the boys slalom to take place. Ben A-B put in a blisteringly quick time and led the pack from a low bib number. A great start to the championship. The next day saw a break in the weather and the girls GS competitions, Rose and Lottie skied very well both gaining podium places. The team then pulled together and all members started to ski out of their skin, most putting in personal bests and some gaining top ten places.

On the final day of the trip the blue ribbon event took place, the team dual slalom. Schools pick their best six skiers to race head to head in a knock out competition. Cranleigh team was picked by the team captains, with a huge diversity of ages ranging from Ed F from the Prep School to Hugo N in the Upper Sixth. They were faultless in their technique and never panicked when under pressure, as they progressed through the knockout phases their confidence grew and by the semi final they were looking hot favourites to win the title. Only the Sixth Form team from Whitgift looked anywhere near as quick, and as there best skier fell on the last leg of the semi final, it looked like Cranleigh were into the final against a very strong Albyn team. The team pulled out an absolutely faultless performance and won by a comfortable margin in the final!

Choosing the right senior school is one of the most important decisions a family will make together. Our admissions team is on hand all year round to help children and their families make an informed choice.

We welcome visits from prospective parents and pupils. Our small group meetings take place on Saturdays throughout the year, providing the opportunity to meet the Headmaster and House staff and enjoy a tour of the school. Individual visits and tours may be arranged in addition.

If you do not already know Cranleigh, we strongly recommend an initial visit during one of our small group visits or open mornings, dependent on age of entry. These will enable you and your child to have a tour of the school, ground and facilities and meet a few key members of staff to answer any initial questions. Our visits and open mornings are very popular and so advance booking via the Admissions office is essential to avoid disappointment.

To arrange a personal appointment or to request to join a Saturday morning Small Group Appointment, please call the Admissions Office on 01483 276377.