The Preparatory School is for girls and boys aged 8 to 13. Here, your child's interests and talents will be teased out, coaxed into the open, nurtured, developed and celebrated. The message is that everyone's potential is important and the Prep School aims to provide each child with the right environment in which to succeed; the right mix of opportunity, challenge and support allows the children to flourish.

We pride ourselves on the wide-range of co-curricular, musical, dramatic and sporting activities on offer; our breadth, depth and range of pursuits on offer is extremely impressive. Strong pastoral care within the House system is a great asset in securing your child’s happiness. Whilst, of course, problems and issues do arise, a strong sense of community and belonging quickly develops and the girls and boys gain an enormous amount from the House system. There is no ‘one size fits all’ approach at The Prep School – each child is considered and treated as an individual with a unique profile of skills, passions, talents and undiscovered potential. There is no single Clifton type to distinguish – and limit – our pupils. Who knows where your child’s interests, talents and passions will lie: initially, the child, the parent, the teacher, the school may all be unaware of latent talents and the tinderbox of opportunity that will ignite the spark of a long-lasting, perhaps lifelong, love affair between your child and, for example, an academic subject, music, art, the theatrical arts, sports, Sewing club, Magic club, cookery, social leadership opportunities or ‘community’ involvement. And if your child comes up to us with an already identified talent or interest, who knows to what level that will be encouraged to soar? This remains the beauty, the excitement and the true value of a Clifton education. 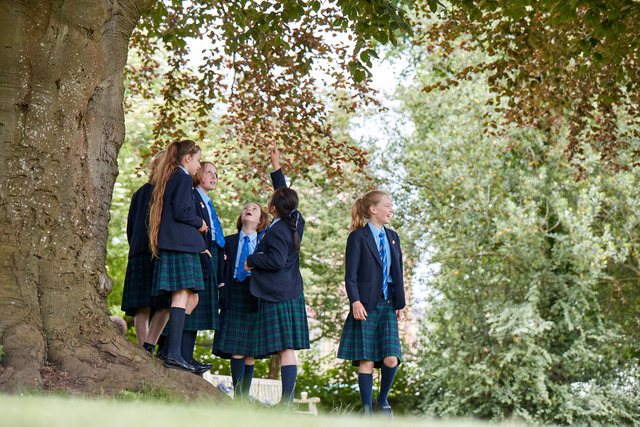 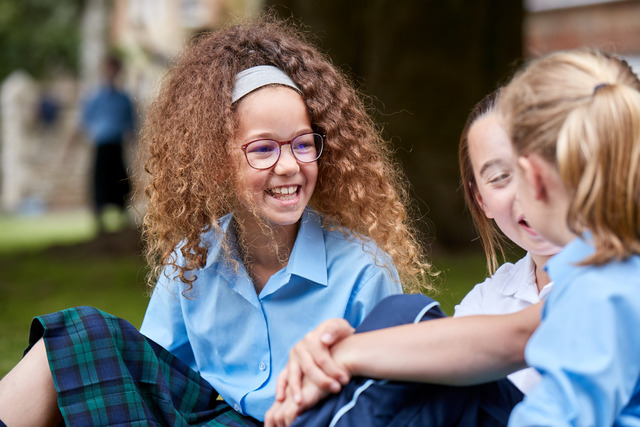 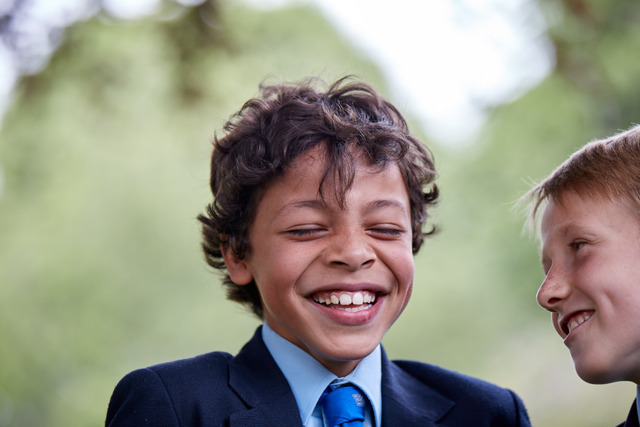 Joshua Schrijver, Year 8, broke the discus record at the National Prep Schools Athletics Championships when he threw an incredible 42.02m.

Joshua is now the best U14 discus thrower from a Prep School in the UK and due to his throw, the officials voted it the Most Outstanding Performance at the Championships by a male athlete and awarded him The Corden Cup.

Joshua is also heading to the National English Schools this summer to compete for Avon in the Discus as an U15.

Meika Byas, athletics coach, said: “I am so proud of the hard work Joshua has put in this term. He is so talented in many other areas of athletics and it wouldn’t surprise me if we had a future decathlete in our midst.

“Well done to all our national athletes that performed so well this year. We are very proud of our team and look forward to next year’s season.”

Last week Clifton Preparatory School pupils were treated to a fantastic talk by author Mark Walden who shared his tips on how to write an interesting and gripping story.

6th February 2018 — Last week Clifton Preparatory School pupils were treated to a fantastic talk by author Mark Walden who shared his tips on how to write an interesting and gripping story.

Pupils learnt that the most interesting characters are always the villains.

“Without a villain, there is no story”, said Mark, who also told the children that one of his favourite villainous characters is Willy Wonka; not your typical villain, but a cunning one who gives the story a dark twist.

His first book, H.I.V.E, won the Richard and Judy Book Club 'Best Kids' Book Ever' 9+ category, it was also chosen as one of ten titles for Booktrust’s first ‘Booked Up’ scheme.

H.I.V.E (Higher Institute of Villainous Education) is a top-secret school of applied villainy where children with a precocious gift for wrongdoing are sent to develop their best lines and try-out the best costumes. One small catch is that the children cannot leave until training is complete, six years later.

There are now eight books in the H.I.V.E series, and Mark is currently working on the final one. The children were very excited to learn that H.I.V.E might even make it onto the big screen as Paramount has optioned the film rights!

Mark ended his visit by giving the children an opportunity to ask him questions about writing, villains, video games and more before signing their books.

The Redgrave Theatre was transformed into the exciting and colourful jungle for the Year 5 production, Madagascar.

6th February 2018 — The Redgrave Theatre was transformed into the exciting and colourful jungle for the Year 5 production, Madagascar. The family-favourite story followed Alex, Marty, Melman and Gloria from their comfortable home in New York Zoo into the unknown, noisy delights of the wild.

The compelling dynamic of the four furry friends captivated the audience as they watched the friendship between Alex the Lion and Marty the Zebra struggle as their differing opinions divided them.

With the help of sassy Gloria the Hippo and hypochondriac Melman the Giraffe the gang realised the importance of friendship and decided that the ‘wild’ is not so bad as long as they had each other.

The vivacious King Julien was played brilliantly, he tirelessly kept control of his pack of lemurs and led the catchy song ‘I like to move it’ with so much enthusiasm that the whole audience was clapping along.

Not forgetting the sneaky penguins trying to make their way to the wide, open spaces of Antarctica. Their quippy one-liners had the audience in fits of laughter after they decided that the South Pole was a little chilly and maybe sunbathing on the white sand beaches of Madagascar would be a better fit for them.

There was such a wide range of characters in the play, such as zookeepers, intelligent monkeys, scary fosses, animal control, journalists, zoo guests, police officers and lionesses. All of the children from Year 5 played each character confidently and we were so impressed by their acting talents.

Backstage had a lot of work to do - from bright pink wigs to long, thick Giraffe eyelashes to scary Fossa costumes; the make-up and costume creations really brought the whole production together.

Edward Thompson, Head of Year 5, said: “The Year 5 pupils have worked tirelessly to put on this impressive production and should all be highly commended for their participation. A big thank you to my Year 5 team and in particular Sam Morgan and Lucy Fewkes for their dedication to all aspects of the play. Thanks also to those teachers who have supported back stage and the group of parent helpers for giving up their time to help with make-up and costumes.”

Bunny’s art was exhibited in Leamington Spa where she was recently presented with a silver salver be displayed in the Preparatory School until next year’s competition.

Headmaster of the Preparatory School John Milne said: "I'm delighted that Bunny has achieved such a wonderful accolade given the outstanding quality of the other candidates. Bunny has worked immensely hard to craft her portfolio and it represents several years of hard work and creativity, of which I'm extremely pleased for her."

26th August 2016 — Congratulations to Clifton College Preparatory School pupil Jude Young for winning a competition to design an MP3 player on a Raspberry Astro Pi computer. The competition, open to any school-age student living in the UK, was to code an MP3 player for astronaut Tim Peake in the International Space Station. As a winner, Jude's code was uploaded and run on Tim’s Astro Pis in space

"One of the goals of the Astro Pi mission was to enable school-age students to gain inexpensive access to the same computer used by the crew of the ISS. This is made possible by the low-cost Raspberry Pi."

Jude’s player has all the standard features you would expect in an MP3 player, with buttons for play, pause, skip next previous, and volume up/down. It has a number of fun patterns on the LED matrix that can play in time to the music, and it also displays the name of the track currently being played.

Well done Jude, it's a great achievement and we hope Tim Peake enjoyed your MP3 player in space!

Pupils at Clifton College Preparatory School were given the opportunity to see a rare beast in flight.

8th October 2015 — Pupils at Clifton College Preparatory School were given the opportunity to see a rare beast in flight.

An amazing 6 tonnes of Royal Navy Rescue helicopter landed in New Field, and the children were treated to a short talk by Warrant Officer Ian Thompson before being allowed the chance to climb inside the helicopter.

The helicopter operates mostly round the coast of Cornwall, and can travel up to 200 miles out to sea, as well as rescue people in distress on or near the shoreline.