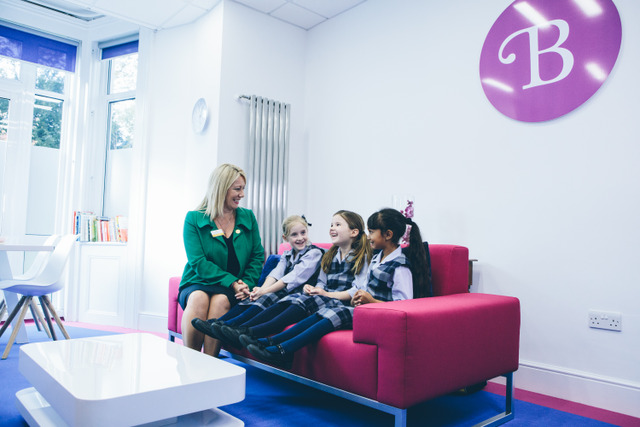 Burgess Hill Girls Pre-Prep and Prep is a leading independent school in Sussex for girls aged 4 to 11 years. The school is part of Burgess Hill Girls which has a Nursery, Prep School, Senior School and Sixth Form.

Burgess Hill Girls Pre-Prep & Prep School is a happy, supportive community where girls feel at home and quickly develop the self-belief to achieve in every aspect of their education.

The social and emotional development of your daughter is just as important as her academic achievements. We work hard to make sure she is happy, healthy and brimming with self-esteem. 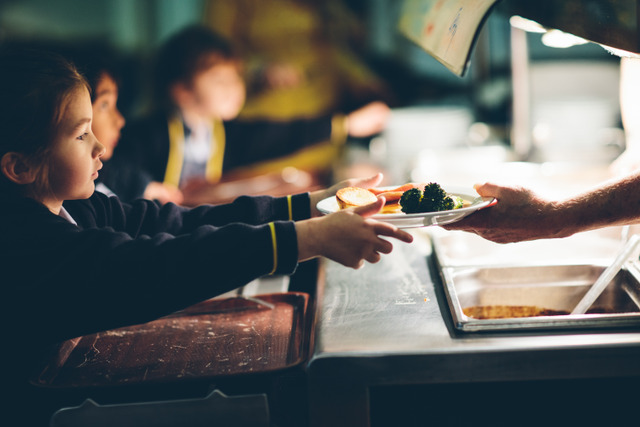 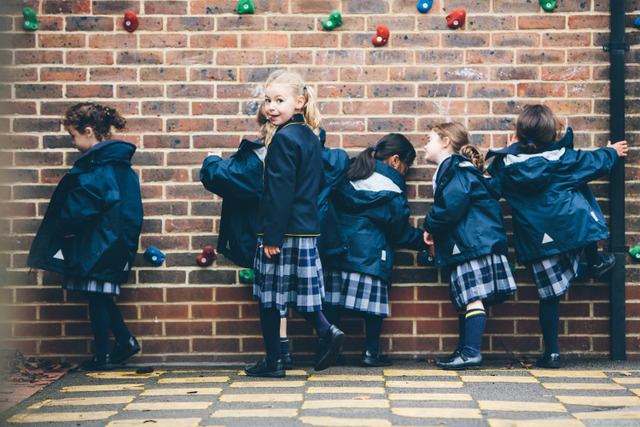 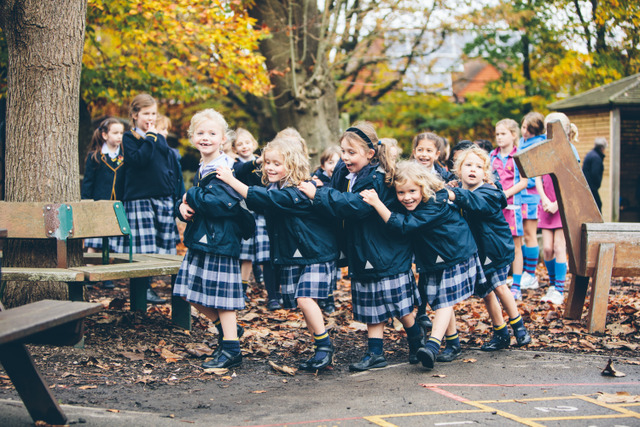 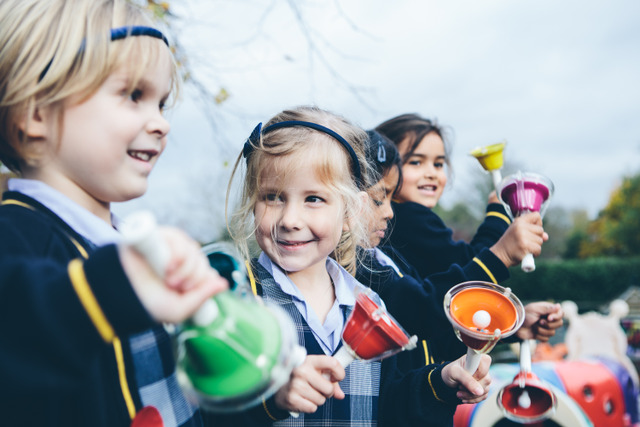 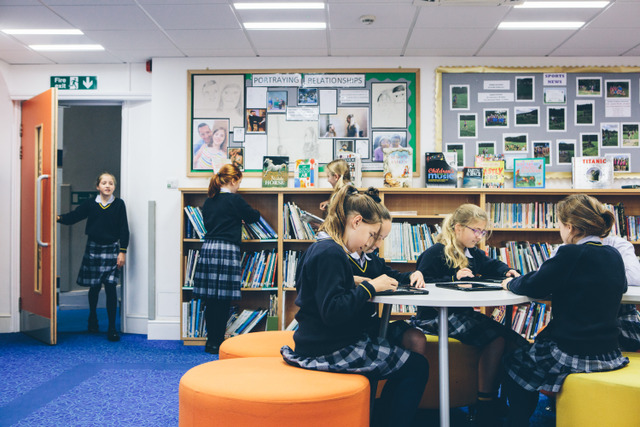 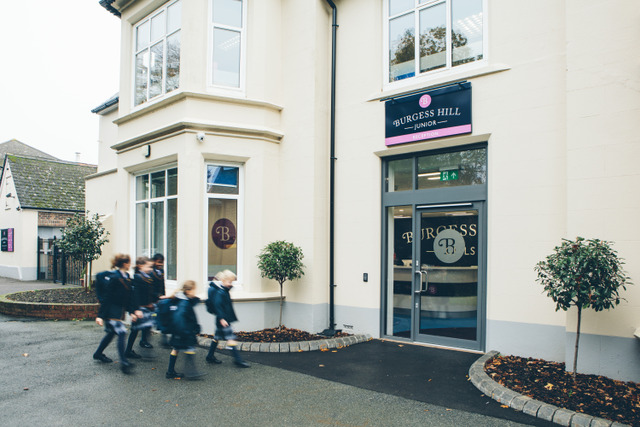 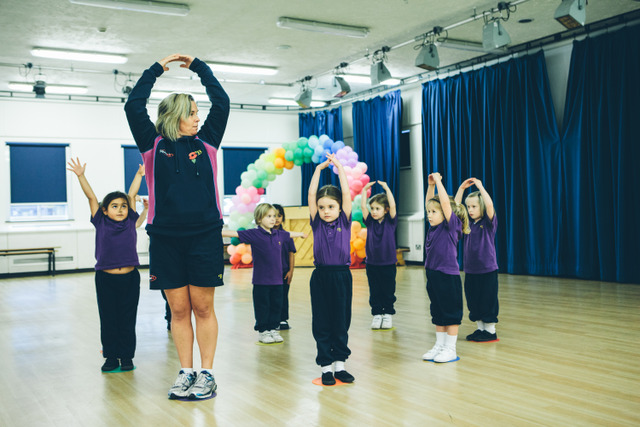 Please see our website for more information on scholarships and bursaries: http://burgesshillgirls.com/admissions

Please see our website for more information on fees: http://burgesshillgirls.com/admissions/fees

Both Amber’s parents are deaf, so she has been signing since she was six months old, British Sign Language (BSL) is her first and home language. As she is a hearing person, she is also able to converse with hearing people, giving her access to both cultures. She uses both skills in her COVID-19 news broadcast, so hearing and deaf children can watch it and learn how to stay safe during the pandemic.

Although Amber’s father, BSL presenter and actor Clive Mason, helped her make the COVID-19 film, she wrote the script, presented the film and made all the editing decisions. In the film Amber encourages viewers to stay at home and gives guidance on how to cough and sneeze as well as wash their hands. The COVID-19 special took two days to make and was filmed in her garden using a green screen.

Amber really enjoyed making the film: “Making this news broadcast has helped me learn more about COVID-19, I hope it helps other children learn more too.”

Mum, Clare Chilton, is very proud: “I couldn’t think of a better way to spend family time during the lockdown. Clive is a wonderful role model for Amber and it is great that he has been able to use the time to pass on his skills.”

The COVID-19 broadcast is Amber’s second film using BSL, her first was a homework project on her favourite thing about her school, Burgess Hill Girls.

1st August 2019 — After competing in the Sussex qualifiers in June, ten athletes from Burgess Hill Girls were selected to represent Sussex in the National Prep Schools’ Athletic Meeting at the Alexander International Athletics Stadium in Birmingham on the 2nd July.

Three of the girls competed in throwing events, Tiajoy Joseph in the Javelin, Tilly Rowark and Bronwen Llewellyn in the Discus, with Bronwen taking Silver.

Head Liz Laybourn commented: “I couldn’t be prouder of the girls and the PE staff behind them. Never before have we had so many athletes making it through to the Nationals. It was an amazing opportunity for them to compete at the Alexander Stadium.”

11th February 2019 — Making a moving robotic hand would be a tough challenge for sixth-formers, but at Burgess Hill Girls it is all part of a term’s work for Year Five girls aged nine and ten.

Working in pairs, the girls made hands of card, with straw fingers. Then they did the necessary coding and wired it to the sensor-equipped glove which they could then use to move the robotic hand.

Working in the school’s new Design Technology suite, the girls had to learn lots of new skills in order wire up their sensors and put the boards together. They were finally able to move the hand with the glove in the final session of the project, which has been running since the start of term.

Burgess Hill Girls Head Liz Laybourn said: ‘This would be a challenging project for any age group, so these Year Fives did exceptionally well. They also spent time evaluating the project and discussing what its applications might be, including use by disabled people who have lost the use of a hand. Robotics is becoming an increasingly important part of technology, and it’s vital our girls acquire the necessary skills.’

She continued: ‘It was fascinating to read this week that inspirational Jo Dunkley, UK-educated Professor of Physics and Astrophysical Sciences at Princeton University, believes that a single-sex learning environment can support girls in their scientific ambitions. She said: “At an all-girls school, all subjects get an equal footing, but in a co-ed environment girls receive messages — from boys and teachers — that this [science] is not a thing girls do.”’

Mrs Laybourn said: ‘Robotics projects like this remind us that science holds no fears for our girls.’

22nd November 2018 — There were no signs of nerves among budding broadcasters at Burgess Hill Girls Junior School when stars from More Radio paid a visit to find out more about the school and its pupils.

Nick Osborne and Izzy Bishop, who host the station’s Breakfast Show, interviewed pupils, played games and answered questions. Much fun was had by all.

Discussion of favourite teachers and the quality of school lunches (spoiler: surprisingly good!) was followed by the Breakfast Show’s version of TV’s ‘Would I Lie to You?’ where pupils had to decide if a news item was true or false.

The girls took the opportunity to tell Nick and Izzy about all the activities they take part in to raise money for charities and the local community. These include donations to food bank collections and fun days to raise money for charities such as Children in Need and Lewes-based Chailey Heritage Foundation, which works with children and young people with complex disabilities. There is also a gift giving-assembly in association with the Salvation Army at which each child donates a Christmas gift for a child who may otherwise not receive one.

The pupils made quite an impression on the presenters. Izzy said: The pupils are so well behaved and polite. All of the teachers are super fun and I wish that they were my teachers at my school when I was younger. They all had a really good sense of humour and it was a pleasure to be here.”

Nick added: ‘They got a really good score on our Articulate game [identifying as many objects as possible from their descriptions in one minute]. I think maybe we’ve met some superstars of the future, because when they were introducing the songs they sounded better than us!’

The visit was part of the More Radio School Tour, which offers a prize of £500 worth of computer equipment to the school whose pupils amass most points in the games they play with Izzy and Nick. Burgess Hill Girls Junior School Head Heather Cavanagh said: ‘The girls were thrilled to have a visit from real-life radio megastars and were fascinated to find out what goes into recording a programme for broadcast. We can’t wait to hear it.’

Find out more about the More Radio Schools Tour at http://moreradio.online/2018/08/31/more-radios-school-tour-2/

Burgess Hill Girls has produced a ground-breaking infographic to show that a place in a top independent school for a four-year-old can cost as little as £37 a week.

27th September 2018 — As soaring nursery fees take their toll on working families, Burgess Hill Girls has produced a ground-breaking infographic to show that a place in a top independent school for a four-year-old can cost as little as £37 a week.

A recent TUC analysis showed that working parents with children under five have seen nursery fees rise three times faster than their wages over the past decade, with childcare costs rocketing by 52% per week since 2008.

With this in mind, Burgess Hill Girls is reaching out to parents to publicise the underestimated financial benefits of private education. The school’s infographic, which details potential costs and savings, demonstrates how a premier education is actually within reach for thousands of families.

It shows that the extended school day can reduce childcare cost by £2,800 per year, while free after-school activities at independent schools represent a saving of £350 a year (based on two after-school clubs per week at £5 per club). And with a free breakfast and dinner factored in, on top of a hot lunch, many families may also save a further £437 per year.

And now, thanks to the Government’s free childcare scheme for three- to four-year-olds, the £81-per-week actual cost to parents of a Reception place at Burgess Hill Girls can be reduced even further by a maximum of £44 to only £37 a week, or £1,924 a year, as the infographic shows.

Burgess Hill Girls Head Liz Laybourn said: ‘So many families assume that the cost of an independent school education is beyond their means, but we’re showing in one handy infographic that there are a number of significant savings that should be factored in before they make a decision.’

Mrs Laybourn added: ‘Of course, the decision to educate your child in the independent sector is about far more than money. For example, the pupil-teacher ratio in independent schools is, typically, almost half that of state schools, meaning more one-to-one time with your four-year-old and more effective teaching from day one.’
She added: ‘We really hope the infographic gives parents all the information they need to make an informed decision about choosing the right school for their four-year-old. It’s one of the most important decisions they will ever make.’

‘We are all about letting children manage their own risks,’ says Head

6th March 2018 — The ‘Beast from the East’ is creating havoc across Sussex, but pupils from Burgess Hill Girls have made the most of the opportunities presented by the deluge of snow falling on the county over the last few days. And the school has remained open despite the extreme weather conditions.

Junior School Head Heather Cavanagh said: 'With appropriate clothing, our children are able to immerse themselves in the sensory experience of falling and settling snow. We are all about letting children manage their own risks, and what better time to let them explore and manage the risk of snow and ice? Our aim is to create magical memories for our children in the early years at Burgess Hill Girls. We have had such fun in the snow with sledges and snowman-building.

Mrs Cavanagh said the snow also provides a fantastic sensory experience for younger pupils who have not yet experienced an English snowfall.

'And with World Book Day falling today [Thursday], it’s an ideal opportunity to introduce the children to stories about cold weather.'

[Personal, Social and Health Education] lessons can be used to flag up the importance of supporting elderly people in the community, for whom the extreme cold can present major problems.'

Please see our website for more information on the admissions process: http://burgesshillgirls.com/admissions/junior-school