Blackheath Prep School is a selective co-educational day school for pupils aged 3 to 11 years. It occupies a five-acre site close to Blackheath Village, overlooking Blackheath. The school aspires to be a beacon of excellence providing an exceptional education. It promotes the highest levels of academic performance giving parents the widest possible choice of senior school at the age of 11. It has been described as a happy, purposeful and energetic environment where pupils "thrive in a whirlwind of opportunity and excellence." 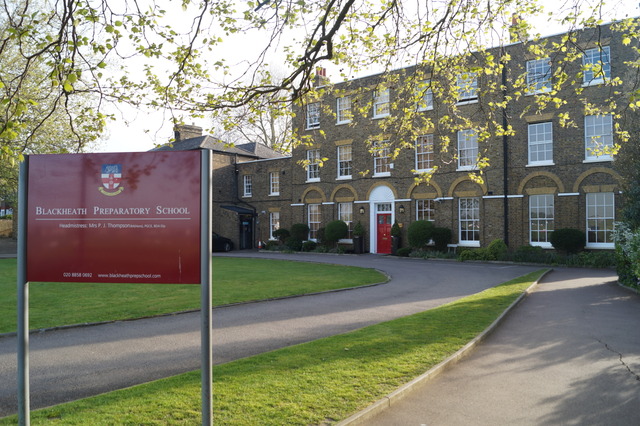 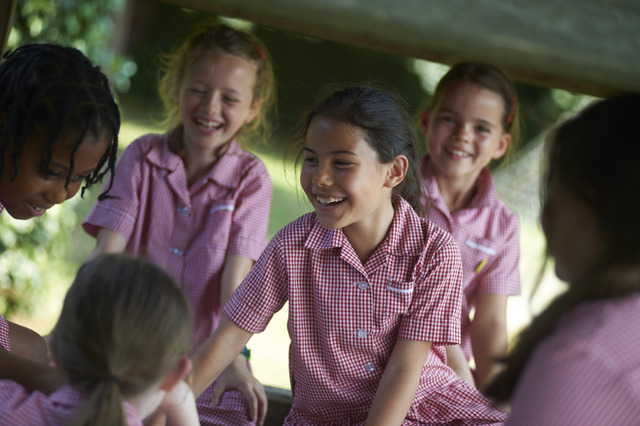 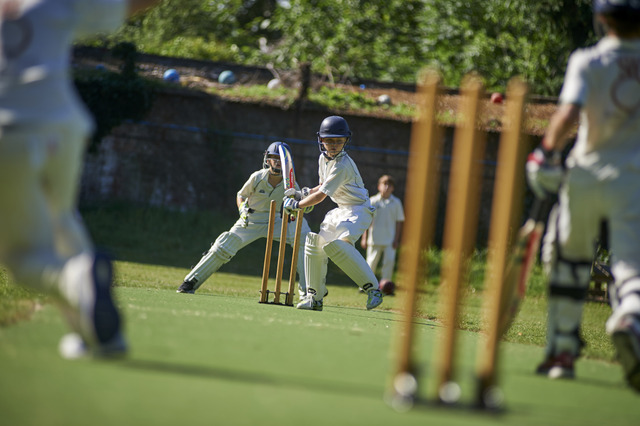 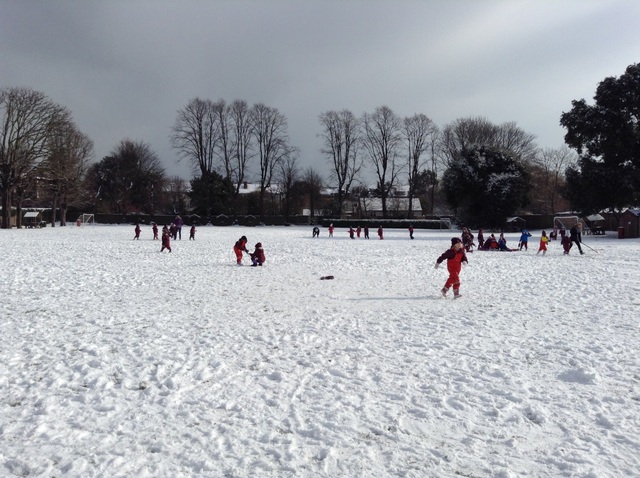 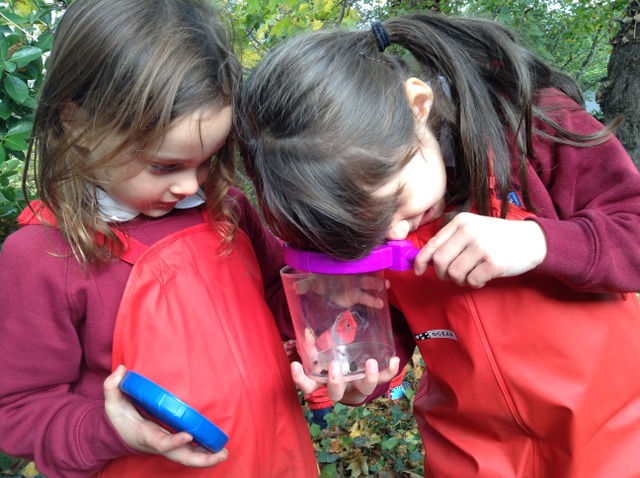 The Girls Football Club has been enjoying great success this year and their progress has been amazing. However, we still did not predict the girl's outstanding performance at Ardingly College for the ISFA Nationals South East on 11th May.

11th May 2018 — The tournament involved 12 schools with the winners and runners-up qualifying for the National Finals at England’s headquarters – St George’s Park on Tuesday 26th June.

First opponents were Farringtons and despite a dominant performance, Blackheath Prep could not find the back of the net as they started the tournament with a 0-0 draw. The girls were slow to get going in their second game but eventually got the goal needed to beat Ardingly College Bs for a 1-0 win. Portsmouth Grammar School were next and Blackheath Prep knew a draw would guarantee them a place in the semi-finals.

In this match Blackheath Prep were on top from the start and some fantastic attacking football saw them win 3-0 and top the group on goal difference. The girls were through to the semi-finals and our supporters could not contain their excitement as the team faced a very strong side from the tournament hosts, Ardingly College. Ardingly played some impressive football but the girls showed just how strong they are defensively to keep their opponents at bay. Just when it looked like the game was heading for penalties it was Blackheath Prep who found themselves in on goal and a shot in off the post saw wild celebrations on (and off!) the pitch. The girls conceded their first goal of the day in the final, as they went down 1-0 to Royal Russell (last year’s National Champions), but the aim of qualifying for the finals had already been achieved.

Children today are surrounded by a plethora of digital devices from a young age, an issue which is hotly debated.

19th April 2018 — At Blackheath Prep we aim to balance the positive influence technology has in our daily lives against the ever growing landscape of negative online experiences. Each year the school supports the global Safer Internet Day with our own Technology Awareness Week. We challenge the whole school community to address their own experiences and perceptions of how digital tools influence their lives.  Previous Technology weeks have explored screen addiction, online abuse and social media tools and this year we held a Digital Detox which supported the school’s Pastoral systems on resilience, Growth Mindset and emotional well-being. The school unplugged for 48hours. Wifi, projectors, Smartboards, PCs and tablets throughout the school were all disconnected. This encouraged more verbal interaction and developed the children’s kinaesthetic and communication skills. It was a great success and the school now plans to roll out a Digital Detox every half term to enable everyone to step away from the screen and be seen and heard.

Out of 25,200 poems entered into the Premier League Writing Stars national competition, Amelie in Year 1 was chosen as the National Winner of Key Stage 1.

21st March 2018 — The Writing Stars judging panel was made up of Frank Lampard OBE, children’s laureate Lauren Child and Everton footballer Yannick Bolasie. They selected Amelie’s poem ‘Monkey Bars’ which described her progression in swinging on the Monkey Bars and the resilience shown in learning to do so.

On Wednesday morning, a very special assembly was held to acknowledge Amelie’s achievement. Several media outlets and news crews attended the assembly which was hosted by CBBC’s Ben Shires who many of you may know as the host of the Guinness World Record themed show “Officially Amazing”. There were two congratulatory video clips aired from the judges who explained why they had chosen her poem. Ben presented Amelie with a framed copy of her winning poem and she has been invited to a gala dinner to celebrate next month.

Many congratulations to Amelie and a thank you to all the pupils and staff who supported this event.

With much anticipation for an exciting day ahead the Chamber Choir set off for Cambridge on Thursday 8th March and arrived to find some typical Fenland weather of cold, misty drizzle.

8th March 2018 — The children were immediately impressed by the view of King’s College chapel and ‘the backs’ and set off on a walk which encompassed the Wren Library, the chapel and courts of Magdalene College and a view of the Pepys Library which contains his original diaries of the Great Fire of London. Some of the children were heard to say that they would like to study at such a university in the future.

Lunch in Clare College Cellars set the choir up for a quick rehearsal in the chapel. They were then joined by a large number of parents and friends who had made the journey up to Cambridge for the day. The sky had now cleared and the sun was streaming in through the plain glass windows of the chapel.

The choir sang pieces ranging from gospel through inspirational hymns to a haunting appeal for the plight of refugees. These were interspersed with contributions from four talented instrumentalists on flute, clarinet, piano and violin. The singing and playing were of a very high quality and members of the audience were moved by the ability of such young musicians to perform to such high standards. The choir and instrumentalists all commented on the privilege of being able to perform in such a beautiful venue which also has excellent acoustics.

Graham Ross, the Director of Music at Clare and conductor of the college’s world-renowned choir, gave the children a brief history of the chapel and the choir before a short tour of some of the highlights of the college, including the Great Hall where portraits of many former Masters are hung and where celebratory dinners are held.

A brisk walk down King’s Parade found the choir outside Fitzbillies, the famous Cambridge tearooms where hot chocolate and Chelsea buns were consumed enthusiastically. All then returned to Clare chapel to listen to the college choir during their regular rehearsal for Evensong. Having been introduced as students studying a wide range of subjects from Medicine to History to Law and Modern Languages, the choir started work on their pieces. This gave the children an opportunity to listen to singing at the highest level but also to understand the infinitessimal changes that are necessary to perfect the final performance.

We would like to thank Graham Ross and Clare College for allowing the choir to sing in their chapel and the parents and other supporters who joined us in Cambridge on the day.

We wanted to utilise our Garden of Imagination to its full potential and this led to the appointment of a full-time Forest School Leader. The children in Early Years will now have outdoor learning at their fingertips whatever the weather.

29th September 2017 — From the beginning of the Autumn term children in Nursery and Reception have been attending weekly Forest School sessions with our new Forest School Leader, Laura Smith. During these sessions the children have become explorers in the Garden of Imagination, built dens for woodland creatures, had fun with bark rubbing, made nature paint brushes and made mud paint with their own secret ingredients. Some of them were even brave enough to get their hands dirty for muddy hand print pictures! The children have been very enthusiastic and excited about their Forest School sessions, learning about how important it is to protect and look after plants and creatures, but most of all they have had lots of fun.

Year 5 at Blackheath Prep were absolutely delighted to have their Art and Poetry exhibition shortlisted for the final of the prestigious David Shepherd Wildlife Foundation Global Canvas Award.

12th April 2017 — The final round and prize-giving ceremony were hosted in the beautiful surroundings of The Natural History Museum on Thursday 23rd March.  A small group from Year 5 were chosen to represent Blackheath Prep and once inside the museum they excitedly helped to put together the amazing artwork for the exhibition along with 14 other schools.

The children then had the opportunity to view the other entries for the prize. The standard of work on offer was extremely high and our competition came from both primary and secondary-aged children. It was fascinating to observe how the other schools had interpreted the brief and Year 5 were inspired by the creativity and wide range of artistic techniques on display.

Even though Blackheath Prep were not lucky enough to win a prize in the final stage of the competition, the children were thrilled to meet two famous wildlife artists, David Shepherd and Jonathon Truss.  A truly inspirational and educational experience.