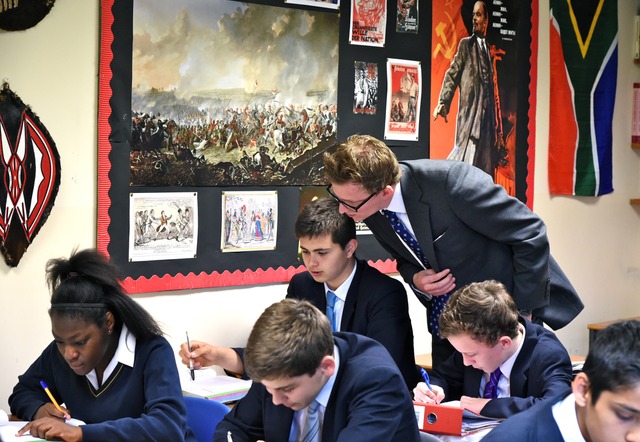 Bishop’s Stortford College is, in the words of ISI inspectors, ‘an exceptional learning community’ - a place where children, as they enter the teenage years, have wonderful opportunities to become confident, well-rounded and interesting young men and women who take with them the qualifications, skills, adaptability and respect for others to thrive in the world beyond school.

Ensuring this process of all round growth – academically, morally, spiritually, athletically and creatively – is our aim. Every pupil is encouraged, taught and challenged to fulfil his or her true potential by being immersed in an environment of discovery and wholehearted participation.

Senior School pupils enjoy increasing freedom in choosing how they spend their time, with our highly regarded and extensive activity programme, in addition to outstanding sport, music, visual art and drama opportunities, the Duke of Edinburgh Scheme and numerous clubs and societies. The breadth of opportunity is simply stunning even by independent boarding school standards.

The College Houses are a central part of life for all Senior School day pupils and boarders. The strong sense of belonging and level of care between pupils across the year groups, and between pupils and staff, make Bishop's Stortford College a very special place to be. 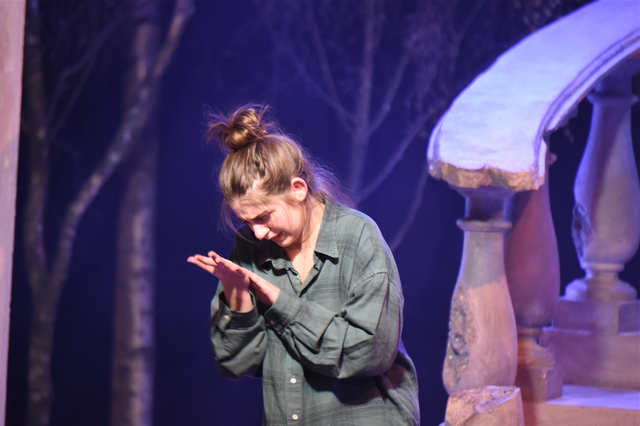 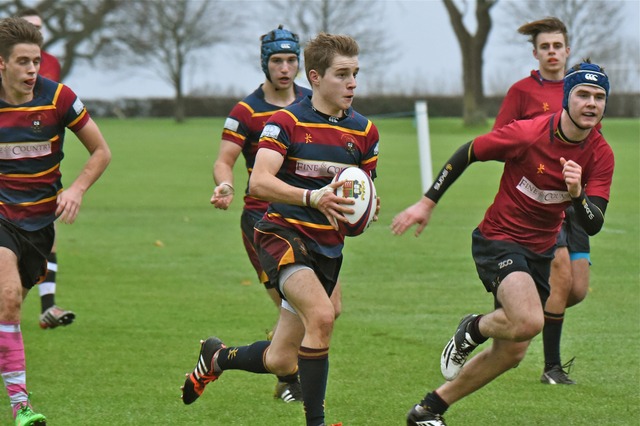 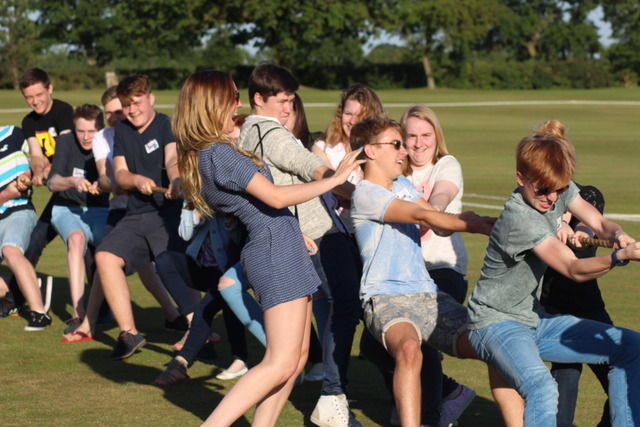 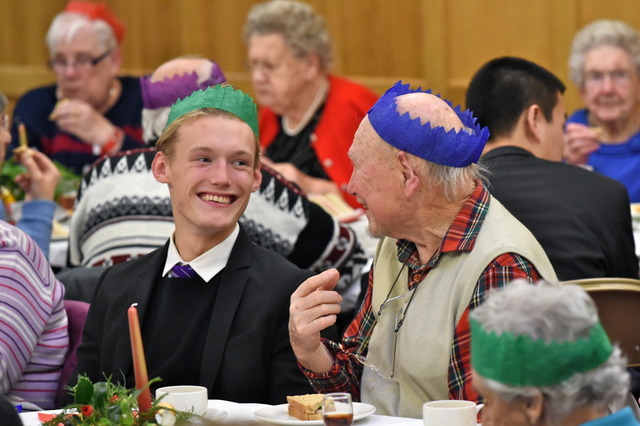 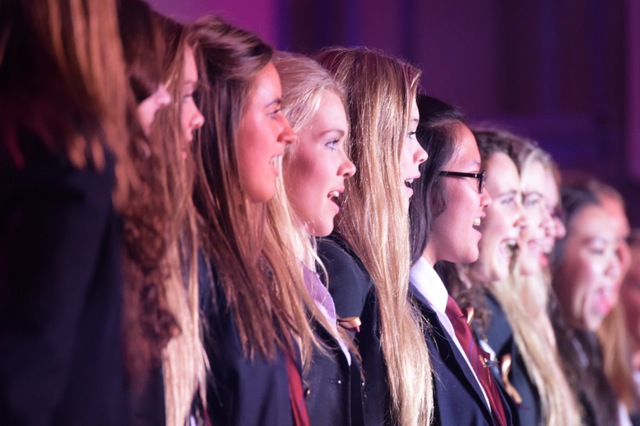 Please see the website for full information on fees https://www.bishopsstortfordcollege.org/194/fees-and-financial-matters.

Due to the current pandemic, Bishop’s Stortford College Prep School are taking a different approach to their open morning and are asking all interested families to register their attendance in advance. Registrations will close at 9am on the morning of 7th November.

Families can register to attend the Bishop’s Stortford College Prep School Open Morning by visiting the ‘Admissions and Open Mornings’ page on the College website, or registering at https://bishopsstortfordcollege.openapply.com/.

The College looks forward to giving a warm welcome to all interested families.

Zara Leads the Way in Eventing

Zara Leads the Way in Eventing

Zara, who first started jumping in 2017 and began to participate in One Day Events just one year later, scored a total of 29 (penalty) points with Rickamore Royal in the dressage, jumped clear in the show jumping and also the 100cm Cross country course inside the time limit. This was Zara’s first time out on Rickamore Royal, who stands at 16.2 hands. A win, so early in their partnership, should not be underestimated yet Zara also rode in the same competition section on her other horse, Arthurian Legend, on whom she placed 6th with after scoring a total of 33 points.

The win means Zara and Rickamore Royal have now qualified for the U18 Regional Championships due to be held next Spring. Last year, Zara qualified for the Badminton Grassroots 2020 competition on Arthurian Legend which was cancelled due to Covid but she hopes will be rescheduled soon.

Prior to One Day Eventing, Zara competed in ‘Showing’, an equestrian discipline that does not involve jumping. As well as riding 4 times a week, weather and light permitting, Zara receives additional tuition from specialist trainers and attends training camps during the holidays. She is inspired by reigning Badminton Horse Trials Champion and one of Britain’s leading event riders, Piggy French. Zara’s long-term ambitions include selection onto the Junior GB Team but for now, is aiming to get onto the Frickley U18 team.

The College would like to congratulate Zara on her recent achievements and wishes her the best of luck for all future competitions.

5-year-old Climbs for the Community

5-year-old Climbs for the Community

By embarking upon a sponsored climb, Pre-Prep pupil, Ben H has raised over £1,000 for charity.

22nd September 2020 — Bishop’s Stortford College Pre-Prep pupil, Ben H, who is registered legally blind, has raised over £1,000 for local charities by embarking upon a sponsored climb.

5-year-old Ben was diagnosed with Nance-Horan Syndrome, an extremely rare genetic disease, at just 2 weeks old. As a blue badge holder and formally registered as severely visually impaired in both eyes, Ben has undergone multiple eye operations in his lifetime at Addenbrookes Hospital, Cambridge. Ben and his parents are incredibly grateful for all the medical care they have received from many specialists over the last 5 years at not only Addenbrooke’s but Moorfields, Hertfordshire, Lister and Great Ormond Street Hospitals.

Ben wears special contact lenses to give him a focus range of approximately 70cm; without them he can only see light. Having received specialist care and support throughout his lifetime, Ben’s older sisters, 8 year-old Alice and 10 year-old Jessica who attend Bishop’s Stortford College Prep School, are dedicated to helping their brother and have supported him every step of the way.

At the start of each new academic year, Pre-Prep pupils were given the opportunity to choose a charity to support for the year as part of their School Voice initiative. Pupils were keen to show their support for the local community, especially the Bishop’s Stortford Food Bank and think of ways in which they could help.

Inspired by his sisters, Ben decided to take on a climbing challenge in aid of the Bishop’s Stortford Food Bank to kickstart the Pre-Prep fundraising. Over the weekend Ben visited Clip’n’Climb, Cambridge, and completed his sponsored climb with his sisters; the first climb he has ever done. Encouraged by his sisters and family, Ben climbed to the top of 10 different walls a total of 30 times. Ben’s visual impairment means that a lot of this was done through touch alone.

To date Ben has raised over £1,000 with the support of his family, neighbours and friends. Miss Callow, Head of Pre-Prep, commented, “Ben has been an inspiration for us this term in completing the climbing challenge and has made a significant start towards our fundraising for this year. He responded so quickly to the plight of others that we had been talking about, and gave himself a real challenge to show his support and raise money. We are extremely proud of his achievements and look forward to an important year of raising money to support our chosen charities.”

For anyone wishing to donate to Ben’s fundraising efforts, the link to his JustGiving page can be found here, https://www.justgiving.com/fundraising/liz-hardy3.

Due to the current pandemic, this year, Bishop’s Stortford College will be taking a different approach to their open mornings and are asking all interested families to register their attendance in advance.

Designed for those considering entry to the Sixth Form in 2021, this year’s Sixth Form Virtual Open Morning will take place on Saturday 10th October from 10.15am. In addition to introductory talks and live presentations, there will be the opportunity to watch a virtual tour, hear from current Sixth Form students, the Sixth Form Management Team and Heads of Department.

The Prep School Virtual Open Morning, for 7+ to 11+ entry in 2021, will take place on Saturday 7th November from 9.45am. As well as a live presentation from the Head of the Prep School, Bill Toleman, including a Q&A session, interested families will have the opportunity to hear from current parents, watch a virtual tour of the Prep School and meet key members of Prep School staff through pre-recorded content.

Families can register to attend one of the Open Mornings by visiting the ‘Admissions and Open Mornings’ page on the College website, or follow the link here, https://www.bishopsstortfordcollege.org/187/admissions-and-open-mornings. The College looks forward to welcoming you.

49 pupils have been awarded the College’s coveted Ten Club tie for achieving 10 or more grades at 9 -7 with a total of 612 grade 9s and 8s between them.

College Head, Kathy Crewe-Read commented, “This is an excellent set of exam results and I am so pleased to be joining the College at this time. I look forward to seeing these very talented pupils progress through the Sixth Form as they set their sights on university and the next stage of their academic career.”

An unprecedented year for Upper Sixth students but Bishop's Stortford College is delighted to report that the vast majority of their Upper Sixth have gained places at a university of their choice.

13th August 2020 — In a year when the global pandemic caused the cancellation of public examinations for GCSE and A Level students, Bishop’s Stortford College is delighted to report that the vast majority of their Upper Sixth have gained places at a university of their choice. Almost 50% of grades awarded were A*-A and just under 80% were awarded A*-B, with a 100% pass rate in spite of a large number of grades being lower than the College had predicted. All the College Oxbridge candidates have confirmed their places.

This year, 34 students also took an Extended Project Qualification**, the highest number to undertake the additional qualification to date with 35% of grades being awards A*, 76% A*-A and 88% A*-B.

These students, instead of preparing for and sitting their A Levels spent the Summer Term undertaking an intensive preparation course for university. They attended university style seminars on undergraduate material, upskilled their research, IT and presentation skills and completed in-depth research investigations on a topic studied in their course. They engaged in a style of learning more usually found in higher education and will be well equipped to make the most of their first terms at University come the autumn. A leading Cambridge University professor was extremely impressed with the programme provided and suggested that the research skills gained by Bishop’s Stortford College students were ideal preparation for University.

Of those going onto University, many will be going to top ranked universities including Oxbridge, Cardiff, Durham, York, Warwick, Edinburgh, Bristol, UCL, Imperial College and Exeter to undertake courses as diverse as Law, Medicine, Civil Engineering, Fine Art and Business with Marketing.