Welcome to Brighton Girls Prep, a vibrant community where girls are at the centre of everything we do.

Throughout each girl’s journey with us, we aim to provide a purposeful and stimulating environment, where each individual is given the confidence and opportunity to flourish in a supportive community.  Girls go on to our senior school with an awareness of personal achievement, possessing the independence, confidence and self-reliance needed to embrace the challenges ahead.

Here at Brighton Girls we are passionate about creating a spark in our girls so that they develop their natural curiosity into a lifelong love of learning. As specialists in girls’ education we encourage our girls to participate in a wide range of opportunities all designed to bolster their confidence and give them a can-do attitude. Our main entry points after Nursery are Reception and then Year 2. There are opportunities to join the other year groups, up to and including Year 6, when occasional places become available.

Brighton Girls Prep School is located in the heart of Hove, on a purpose-built site with state-of-the-art facilities for Sport, Science, IT, Art and Music. The bright and airy spaces and the amazing artwork on display by the girls make it a welcoming and energising place. Our broad, balanced curriculum means we encourage every girl’s interests. We’re committed to providing students with the skills they need to thrive in the modern world, and that means ensuring they play to their strengths. We see pupils very much as individuals and make sure they develop their own confidence through the right opportunities, constructive feedback and an appreciation of being part of a strong school community. 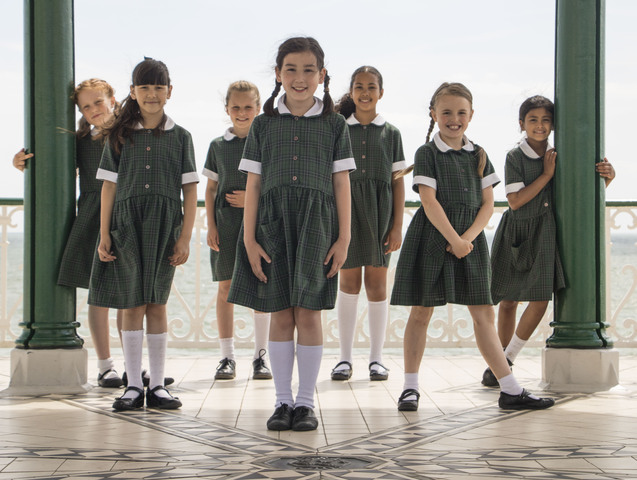 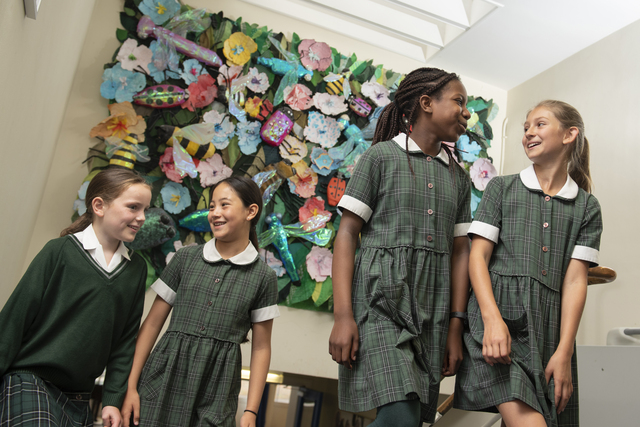 Scholarships are available from Year 7 at our Senior School.

1st May 2018 — Pupils in Nursery through to Year 2 participate in beach school on a rotation throughout the year, enabling them to explore the coastline with varying tides, temperatures and weathers. This visit, the tide levels were perfect for rock pooling, allowing the girls to explore with nets and buckets. Pupils enjoyed searching for all sorts of sea creatures, which they could then look at properly in tanks. Year two particularly enjoyed looking at the crabs up close as they could see all their features, before carefully returning them back to their homes in the rock pools.

Springboard success for LAMDA students at Brighton and Hove Prep

Springboard success for LAMDA students at Brighton and Hove Prep

27th March 2018 — LAMDA students at Brighton & Hove Prep have been working tremendously hard over the past few months in their speech and drama sessions in preparation for the Springboard Brighton & Hove Performing Arts Festival. The girls achieved astounding results, with all pupils achieving merit in their solo, duet and group categories and many also achieving distinctions as well. Our BHP pupils achieved six 1st places, eight 2nd places and fifteen 3rd places, amongst some very tough competition.

21st March 2018 — On Tuesday 20th March, 130 pupils from 16 different schools in Brighton and Hove attended a girls six-a-side Football Festival for 10 and 11 year olds, hosted by Russell Martin Foundation at Brighton and Hove Prep School. This massive event was organised by RMF’s Women and Girl’s Development Officer, with participants from across the city. Matches took place back-to-back, with support from Brighton and Hove High year 10 Sports Leaders helping to organise and run the matches smoothly throughout the day. There was tough competition all round but in the end, Fairlight, Coldean, Cottesmore and Balfour came out on top as the winners on the day.

Pupils in Year 1 turned their hand at weather presenting with ITV Meridian's Holly Green. The girls had their classroom turned into a studio and presented their own weather forecasts in front of a green screen.

21st March 2018 — Pupils in Year 1 at Brighton and Hove Prep saw their classroom transformed into a television studio last week. As part of this term's learning topic on the weather, ITV Meridian's weather presenter, Holly Green, came to talk to the class about her job and lead a weather presenting workshop. An ITV television crew accompanied Holly and they documented the day, to feature it in their news programme.  Year 1 interviewed Holly, with questions they had prepared with the biggest questions being 'How do you know where to point when there is just a green screen behind you and what are you holding in your hand when present the weather?'  The class found out for themselves as they took turns to have a go presenting in front of the cameras while others went outside to the satellite van where they could watch the action live in the 'studio' upstairs and see how the graphics are added and changed as it happens.  Naturals in front of the cameras, confidently using newly acquired, specific vocabulary, here is the link to their presenting debut: http://www.itv.com/news/meridian/2018-03-21/the-weather-girls-have-learned-from-holly/

A team of Year 6 linguists battled it out at the Sussex Wordsmith Challenge and came away with the winner's trophy!

In just one week our U8-U11 netballers played a total of 32 games of netball with 22 wins and 6 draws!

6th March 2018 — Our tenacious players in Years 3-6 took part in tournaments and matches throughout the week, competing against a variety of teams from both inside and outside of Sussex. The girls played amazingly, coming away with wins and medals as a result of their superb teamwork, winning a total of 22 games and 6 draws.