Creativity is a concept which is hard to define yet its value to future employers cannot be overstated. The challenge for all our schools is to provide enough opportunities for pupils to be able to grow and nurture their creative talents. Education expert, Sir Ken Robinson, defines creativity as 'the process of having original ideas that have value'. In a now famous TED talk, he argues that 'schools kill creativity' and the challenge for our sector is to ensure this doesn't happen.

Creativity and imagination can set you apart in a world where technology and artificial intelligence are taking over a multitude of roles. The iterative process involved in studying creative subjects leads pupils to constantly question their work and want to improve or add and try new approaches; a valuable skill in the workplace – and for later in life. Yet, in many schools, art and related subjects such as design technology are thought of as being less important than courses perceived to be more 'academic' such as history, English and the sciences.

Whilst the recent focus on STEM (science, technology, engineering and maths) has undoubtedly been very useful in promoting these subjects, it has been to the detriment of Arts subjects. One reaction to this problem has been the rise of the STEAM movement, spearheaded by academics and students at the Rhode Island School of Design, which has sought to bring the STEM subjects together with the addition of art. Their goal is to educate the world of academia about the importance of incorporating creative thinking and visual learning into the classroom.

Whilst this is a new approach, art and science have been brought together many times in history and resulted in significant achievements. Leonardo da Vinci, for example, was a master not only of art but also scientific invention. And the Industrial Revolution in Britain saw art, science and engineering as close and very successful companions. The STEAM movement is growing in popularity both in the US and here in the UK, but a lingering perception remains that the arts are 'soft' subjects with less value than the core subjects on the curriculum.

"It is vital that schools fully embrace creativity and visual communication and encourage pupils to mix art and design with academia."

It is vital that schools fully embrace creativity and visual communication and encourage pupils to mix art and design with academia. At our own school, we recently introduced photography to join fine art, history of art and design technology as an A Level subject. This has encouraged creative and conceptually able students who shied away from fine art and the need to develop technical manual skills. It has attracted students who would otherwise have abandoned a creative path. We also believe in taking the Bauhaus approach, in which all artistic disciplines are equal. Pupils should be encouraged to use their other subjects as inspiration. This enables them to theme their personal investigations around physics, history or biology. It is fascinating to see this cross-fertilisation between subjects – it is very much STEAM in action.

This notion that creative subjects are 'soft' is wrong. In design technology there is an academic element to understanding new technologies that is often underestimated. For example, 15 per cent of both the GCSE and the A Level is context-based maths and half of each course's marks come from exams. The Extended Project Qualification (EPQ) is a very popular choice at Sixth Form and can offer an excellent route to explore creativity. As an example, one pupil wanted to explore how wood affects guitar acoustics. As he investigated his topic further, combining creativity, physics and maths, he ended up actually making a guitar. The final result was outstanding but the lessons learned along the way were just as important, and equally rewarding.

Art is never just a classroom activity, with exhibitions, trips, life drawing sessions, workshops and creative clubs to encourage creative engagement. Art enables pupils to relax or to try their hand at something different. It's a creative hub where they can feel safe and they can experiment. Often the greatest mistakes lead to the greatest victories. Art students learn not to be satisfied with the norm but to search for new ways of seeing, questioning and making choices. Design technology students see their work rooms as a bit of a haven. They can come whenever they have some free time for one-to-one tutorials, to work out a problem and get feedback or advice. Those sessions are invaluable to their success and drive the projects forward. For us, it is vital to just keep asking the question, 'What if…?' and we're always challenging them to move to the next stage.

And when it comes to careers, mixing the creative with the mathematical and scientific is vital for many lines of work. For example, pupils who want to study architecture often take art, physics and maths. Architecture requires problem solvers, innovative thinkers and a highly creative outlook, which an art training provides. Given the impact of artificial intelligence and technology on many of the jobs people do today – and will be doing in the future – creativity can be the crucial ingredient that provides a competitive edge for our pupils in the employment marketplace.

The United Kingdom has a world-class reputation for art and design, reaching back centuries. One of this country's most famous industrial designers is Sir Jonathan Ive, who rose to prominence with his iconic work on the Apple iMac. Prior to this ground-breaking design, computers were essentially beige and rather dull. And then along came a brightly coloured all-in-one computer which shifted Apple from being seen as principally an engineering company and into the realm of developing aspirational products. The iPod, iPhone and iPad extended this further and made Apple into the multi-billion dollar business it is today.

A recent report, The Durham Commission on Creativity and Education, agrees that 'creativity is the driver of economic growth and innovation', stating that the economy of this country has benefited considerably in the last ten years by the success of the creative industries. 'Such success will only continue', the report states, 'so long as we can ensure that young people are given the opportunity to experience and develop the skills in art, drama, music, design, craft and digital awareness that are the foundation of the creative industries.' The report concludes that 'creativity is now one of the most sought-after clusters of skills for all employers.'

There needs to be much greater understanding and investment in creativity. No longer should art or design technology be seen as an easy option. Creative subjects develop amazing skills for life, not just for a degree course at university. 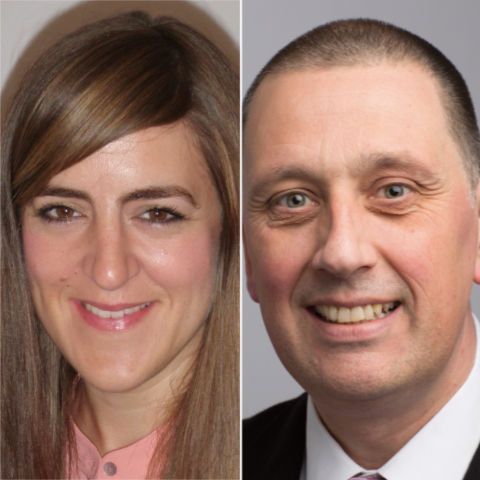 Victoria Rose is Head of Art and Alun Pickford is Head of Design Technology at Dauntsey’s, a fully co-educational school with a Christian ethos. Dauntsey's provides a friendly and supportive atmosphere where staff and pupils have every opportunity to fulfil their potential and to achieve their aspirations, both academically and otherwise.

5 min read HMC asked 800 educators for their views on both the current curriculum and models of assessment. Dr Simon Hyde, General Secretary of HMC, looks at the findings of this survey and why the majority of respondents want to see reform happen urgently.