As adults, we should all take our responsibility as role models very seriously. Julie Robinson of ISC explores the challenges of being a role model and why teaching good manners is vital.

Back in July, the media reported that Prince Harry had found inspiration through the birth of his son to be the best possible role model. He was speaking at an event to mentors and highlighted the power of 'the invisible role model' and how you can inspire others '...to be kinder, better, greater, more successful' and have more of an impact.

As adults, we should take our responsibility as role models very seriously because we can see the effect that cultural norms have on the young and impressionable. Which parent hasn't experienced a sudden realisation that their toddler is mirroring back their own behaviours (in my case, pacing back and forth with a plastic phone pressed to her ear)? We all know that the moment a parent lets slip an expletive within a five mile radius of a child, that child will absorb it. They will then relish the chance to repeat it in polite company at an embarrassing moment, forcing us to create a narrative explaining the unfortunate vocabulary.

Mimicking the behaviours of our family and friends is a move towards acceptance into the tribe and one assumes that habits of speech, behaviour and habits of mind are all absorbed in the increasingly socially-aware youngster. Those of us with teenagers know only too well that as puberty kicks in, peer behaviour becomes the priority-influence, so the prep school years are therefore the time to inculcate good manners. This way, our children can follow in wholesome footsteps and at the very least know how they should behave, even if, for a few lost teenage years, they feel the need to experiment with rebellion.

When I was a prep school head, my argument to the reluctant congregational practice-goers was that they were likely at some time to find themselves in church for a christening or a wedding and would need to know how to behave. They would, indeed, perhaps need to choose some of these hymns at their own wedding one day. If they had no background in proper behaviour, they would be at an embarrassing disadvantage at formal occasions. I sincerely feel that the broad all-round education offered by prep schools provides the cultural grounding for the development of crucial life skills. These include making polite conversation, respecting another's space, showing dignity in defeat, respectful handshakes and knowing how to ask politely, queue, apologise and thank others..

"My grandmother used to say 'good manners cost nothing' and it's an expression just as valid today. Polite behaviour should not be the preserve of others, it falls to all of us to empathise with everyone and communicate effectively without increasing the heat or stress of a situation."

My grandmother used to say 'good manners cost nothing' and it's an expression just as valid today. Polite behaviour should not be the preserve of others, it falls to all of us to empathise with everyone and communicate effectively without increasing the heat or stress of a situation. Our children should want to be that individual who offers up a seat on a train rather than the person who barges in, pressing his or her rucksack against everyone else, playing music that reverberates around the carriage.

The headmaster of a school where I am a governor insists on standard rather than colloquial English because he knows that articulate youngsters come across better and do better in life. This is an overt expectation in his, and many other schools, because our tone, the way we speak, is usually more important than the words we use. Coming across as tetchy or aggressive tends not to help matters but charm and openness does, as we perhaps saw in the self-effacing style of Rory Stewart's Conservative leadership campaign earlier in the year: here was a privately-educated individual (an old Etonian) who listened respectfully and seemed open to alternative views.

The deputy head at one of the prep schools where I was head was a stickler for table manners (something that is too easily missed) and would famously call a halt to lunchtime in order to remind pupils that 'what differentiates humans from the beasts of the field is that we lift our food up deftly to our lips rather than lowering our heads towards the trough'! To get on in the workplace, we are so often told, mirror and match your colleagues; you need to find common ground, because 'people like people who are like them'. Even given the wide cultural diversity of today's society, simple respect seems to smooth the wheels of all interaction. So how do we inculcate good manners in our children so they treat their neighbours as they themselves would want to be treated?

I happen to know one person who has attended a Swiss finishing school. She is an immaculate professional with impeccable manners and is a delight to do business with. I am not advocating for specialist finishing schools but readers of this magazine will know that prep school prepares our children for life in many ways beyond the academic. That includes good sportsmanship, gracious acceptance of success, experience of – and even practise in – giving speeches of gratitude, plus the occasional formal meal. These extra-curricular life skills are delivered as part of the prep school package, so they turn out polite and socially aware citizens who understand their civic duty and embrace their social responsibility.

As Prince Harry reminded us, we should never forget the part we all play as adults: our duties as role models, whether we are parents, carers or teachers. 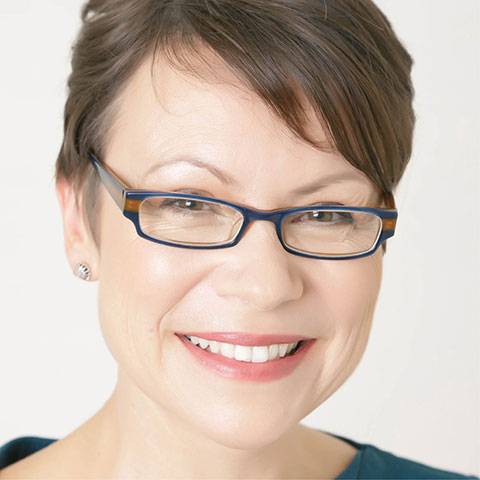