'Development': it's a strange term, and in some ways not a very helpful one. In fact it's something of a euphemism, steering clear as it does of any unpleasant or unfortunate references to money, and focusing on the effect (moving the relevant organisation forward) rather than the act of giving itself.

It's interesting that, although we often think of Americans as being candid and down to earth, they invented the term 'Development' and it still has transatlantic connotations for some. Although I've worked in education in the UK for well over two decades, I'm originally from the USA myself and, only a few years ago, it was fairly typical for me to be told that the whole idea would never catch on here – more often, I must say, by my colleagues and fellow Heads than by parents and alumnae. The US tax system, they said, was set up to encourage it: ours wasn't. The truth is that Development is a sensitive subject – and not one that many UK educationalists feel comfortable with or able to tackle with confidence.

Part of the issue, I think, is the sense that with fees already high, schools should be able to manage without needing any further support. And there can be an air of suspicion – are Heads and leadership teams really getting the most out of what parents are already paying? Or are they, to use a memorable image that was once quoted to me from someone who had been approached by the Development Director of a major US university, 'gold-plating the taps in the faculty washroom'?

To be more serious, with affordability being an increasing challenge for many of those who send, or would send, their children to independent schools, the need for confidence in the financial management of schools is only going to become all the more important. Far from being a sign of financial mismanagement or profligacy, to my mind, Development is and should be right at the heart of the debate about affordability.

Schools need a critical mass of pupils to remain viable – not simply in the financial sense, but also in the sense of being able to offer a wide range of opportunities to students, inside and out of the classroom. Many schools that have pupils from across the country and around the world also have a strong local tradition and form an important part of their community. This connection can be particularly threatened by fees that are beyond the reach of families who have long been part of the tradition of the institution. It's critically important that these associations are not lost if the culture and values of a school (which also help attract the wider audience to it) are to be maintained.

"...Development is and should be right at the heart of the debate about affordability."

And, make no mistake, traditions are already under threat – and being lost – across the country. Even long-established institutions with historical endowments are finding it tough. Assets that have been in schools' possession since Elizabethan times are being sold off – just to keep heads above water. At my own school, like most girls' schools, we don't have a significant endowment – the school was founded in the nineteenth century to educate the daughters of the clergy in the area, so was never intended to be a wealthy institution. But we have been focused on our Development work in recent years, and been highly successful, thanks to the generosity of the parent body. We've been doing this not because we are currently under any financial threat but because we need to make sure we are in a position to withstand any financial threat that comes our way in the future, by delivering the best possible opportunities and outcomes for the girls who come to us.

It's not all been done through Development, however: we have built two new boarding houses and significantly refurbished others out of fee income in effect, and we are currently in a strong financial position – so parents and our other stakeholders can see that we are managing the school prudently and effectively. But, like other independent schools, we also need to continue to build on our success and to ensure our longer term viability by putting in place arrangements to help us sustain our community and to continue to widen access. It's important that those parents and alumnae – past, present and future – who can afford to do so, support these efforts. Schools can then maintain their critical mass and sustain their educational offerings.

Many schools already operate a differential fee model, through means testing – so, in effect, those who can afford to pay more do so. An emphasis on Development is another way of achieving a similar goal. If those who can (sometimes easily) afford a private education want to continue to have that choice, it makes perfect sense for them to contribute to allowing others to come to their chosen school too.

We live in unpredictable times and if the status of the independent sector starts to change, Development and other innovative ways of supporting ourselves will become all the more important. The signs that change is possible – maybe even probable – are there, in political proposals coming from across the parties in recent years, north and south of the border. We do not need to lose our charitable status in order – potentially – to lose our relief from business rates, for instance. And, if independent schools were stripped of their charitable status (which is likely to be more easily said than done), then there would, amongst other things, be VAT on some or all of our services – exacerbating the issue of affordability yet further.

This is not the place to get into the rights and wrongs of such proposals. If you're reading this magazine it's an indication that, whatever your political views, you have exercised (or are considering exercising) your right to choose the best available education for your child that is within your means today. What we want to do is to make sure that those choices remain available to you and others in the future, while also ensuring that those choices don't simply rest on whether you can afford the full fees.

'Public' schools in the UK originated from exactly this kind of motivation. The original historic schools, all of them 'independent', educated the sons (and only the sons – that at least has changed…) of the wealthy inhabitants of a town. But as part of their foundation, they also made provision to educate boys from the poorer classes who were capable of taking the opportunities provided – hence their original charitable status.

So, I think what we really need now is for the independent sector to return to its roots – the roots that saw the establishment of so many of today's independent schools all those years ago. We should be less mealy-mouthed about what we do – maybe even to move away from some of the euphemistic language of Development. We often don't like to say it, but it is a privilege to attend an excellent school, independent or not, and if it requires charitable giving from those who can afford it to ensure that access to that privilege is as widely available as possible, then it's our duty to encourage and enable it. 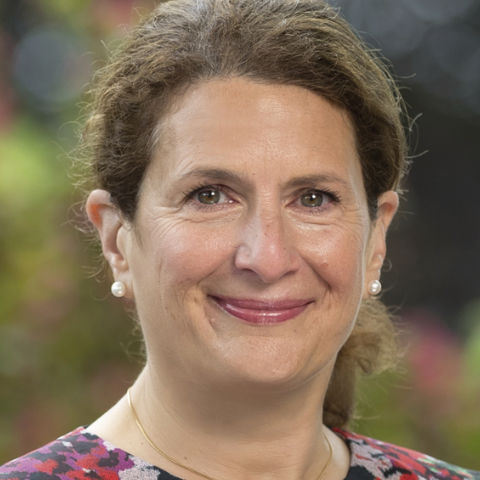 Dr Felicia Kirk is Headmistress of St Mary’s Calne, Wiltshire. Founded in 1873, St Mary’s Calne has been providing an outstanding education for girls for 145 years. Located amidst the Wiltshire Downs, girls benefit from a huge range of curriculum-enhancing opportunities as well as extra-curricular ones.

5 min read Ensuring the governing body of a school is diverse, inclusive and reflective of pupils is increasingly important for schools. Ceri Jones, Headmaster of Caterham School, outlines why his school has created a Shadow Board of ten alumni, aged under 30.

5 min read A bursary can completely change a disadvantaged young person's life. John Towers, Headmaster of Homefield Preparatory School in Sutton, explains how his school set up a programme to help children in care – and how other schools can do the same.