Creating opportunity for all

Social mobility has stagnated for far too long, says James Turner of the Sutton Trust. It’s time for the Government to enable independent schools to be within reach of bright pupils from all backgrounds.

Back in the early summer, the news headlines carried the claim that the number of pupils from independent schools getting places at Oxbridge had been 'driven down' as part of efforts to boost diversity. This was an attack on 'contextual admissions' – a policy advocated for many years by the Sutton Trust – which sees universities take a young person's background into account, alongside academic achievement, when judging whether they should be admitted. Around the same time, Oxford University announced two bold new programmes to increase its numbers of low-income students through a foundation year and a transition programme for those needing extra support.

None of this is without controversy. There is a largely unspoken worry amongst independent schools and parents who fear it is their students and children who will lose out in the rallying cry for more social mobility. Whilst universities should not be expected to make up for 18 years of inequality they are one of the most important levers for social mobility. It is right therefore they recognise that teenagers come to the point of application with very different educational and cultural experiences. And they are right to adjust their admissions processes to identify brilliant students with potential as well as strong prior attainment. If anything, we should encourage universities to be bolder and braver still.

But the seeds of inequality are, of course, sown much earlier than the point of entry to higher education. Over two decades, our work has consistently shown that if your child is fortunate enough to be in the 7% educated in the independent sector, his or her chances of doing well in life are significantly magnified. He or she is more likely to do well in exams, to build important life skills and contacts, and to get a place at the most selective universities, which are super highways to well-paying and influential jobs.

This is at the heart of why parents are willing to pay, on average, £15,000 a year to educate their children privately. But at the same time, the average annual pre-tax household income in the UK is just £28,000 a year. After housing costs, utility bills, transport and food have been paid, a place at an independent school is far out of the reach of most families.

"So the stark reality is that a private education – and all the advantages it brings – remains out of reach to all but a very small group in our society. And while no one would argue with parents doing the very best for their children, few would disagree that poorer children should have the chance to enjoy the same opportunities to do well in life as their better-off peers".

The sector is rightly proud of the fact that one third of pupils in independent schools have their fees reduced in one way or another. But scratch beneath the surface, and only about 8% of all pupils receive bursaries or scholarships based on their parents' income. Just 4% of all pupils receive more than a 50% discount, and just 1% get all their fees paid. So the stark reality is that a private education – and all the advantages it brings – remains out of reach to all but a very small group in our society. And while no one would argue with parents doing the very best for their children, few would disagree that poorer children should have the chance to enjoy the same opportunities to do well in life as their better-off peers.

We are pragmatic about what the response to this should be. We will unashamedly do all we can to promote better opportunities for those who currently lose out in our system – whether that be through supporting university access programmes for low income students, or by encouraging universities to give poorer students a break in the admissions process. But we cannot, and should not, ignore the sector's role in the social mobility equation, as many people do.

Partnerships with state schools are an important way that independent schools are spreading opportunity beyond their own school gates. The best we have seen focus on the strengths of the independent sector: for example, in supporting teaching in an area where there is a shortage of specialists – such as further maths or physics – or in helping students at schools with little experience of navigating elite university admissions. Crucially, the partnerships are forged from mutual respect and a recognition that the experience is positive for all sides. Several independent school heads report, for instance, that the opportunity for their students to work alongside children in local state schools is a win-win. And it is for this reason that partnership work is something which all independent school parents should welcome.

Partnerships between the sectors can be incredibly effective – and we should not underestimate their impact in breaking down misconceptions of private schools in the community too. But they are in themselves not enough: we must also pay attention to how more young people from poorer homes can actually attend the best independent schools and directly benefit from the first class education they offer. Bursaries are a good start, but they are always going to be limited in scale across the sector as a whole, since they are reliant on donations or income from endowments which few schools have. To fling wide the doors of independent schools, we need a state-backed system to address social mobility on a big scale.

"We are now calling on the Government to back a pilot of Open Access at ten schools. There is no shortage of contenders as 100 independent day schools have said that they would be willing to adopt Open Access. This would place outstanding schools within reach of bright pupils from all backgrounds."

Under the Sutton Trust's Open Access scheme, entry to 100 top independent day schools would be based on merit alone. Once a student is selected, parents would pay a sliding scale of fees according to their means. The wealthiest pay full fees, middle earners pay partial fees and the poorest pay nothing. When we trialled this at the Belvedere School in Liverpool, the school's intake was transformed. 30% of pupils were on free places, 40% paid partial fees and 30% full fees. Academic achievement was the highest on record, the school was a happy place and genuinely socially mixed. The combination of fees and subsidies meant that each place could be delivered for‎roughly the same cost as a place in a state school.

We are now calling on the Government to back a pilot of Open Access at ten schools. There is no shortage of contenders as 100 independent day schools have said that they would be willing to adopt Open Access. This would place outstanding schools within reach of bright pupils from all backgrounds.

We fully recognise this is a radical policy – but improving social mobility will take radical action. The UK has stagnated near the bottom of international measures of opportunity for far too long. The independent sector – admired around the world and with a history of helping the poorest – has an important role to play. The direction of travel, with more bursaries and more partnerships – is the right one, but it is only with help from Government that things can really change. This is not something which should worry parents, as improving social mobility benefits everyone. It boosts our economy, fosters social cohesion and helps to create a society where everyone can make good choices about their future. 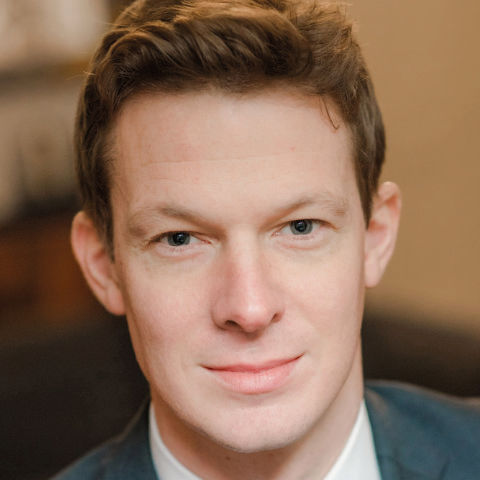 James Turner is Chief Executive of the Sutton Trust. The Trust aims to champion social mobility from birth to the workplace so that all young people have the chance to succeed in life. They do this through evidence-led programmes, agenda-setting research and policy influence.

5 min read Ensuring the governing body of a school is diverse, inclusive and reflective of pupils is increasingly important for schools. Ceri Jones, Headmaster of Caterham School, outlines why his school has created a Shadow Board of ten alumni, aged under 30.

5 min read A bursary can completely change a disadvantaged young person's life. John Towers, Headmaster of Homefield Preparatory School in Sutton, explains how his school set up a programme to help children in care – and how other schools can do the same.