A voice in society

Pupils have long sought to express their views through a school council but as Sue Hincks, Head of Bolton School Girls' Division discovers, the debates today are firmly focussed on big global issues.

Back in February, an estimated 15,000 school children from across the UK joined a demonstration organised by Youth Strike 4 Climate, and walked-out of lessons for the day. It was part of a global campaign for action on climate change. The response from adults was understandably mixed. Members of the Government both lauded the young people for their political activism whilst warning them against time away from school. The BBC reported that a Downing Street spokeswoman said that 'while it was important for young people to engage with issues like climate change, the disruption to planned lesson time was damaging for pupils.' But Energy Minister Claire Perry said she was 'incredibly proud' of them and told the BBC: 'I suspect if this was happening 40 years ago, I would be out there too.'

Whatever your views on the climate change debate, the strike is surely also symptomatic of children having – or wanting to have – a greater voice in society. Yet how does this sit within the context of day-to-day school life? Schools are highly structured and organised institutions, where rules and established routines are the order of the day. Yet with an ever louder 'student voice', how important is it for schools – and parents – to listen?

Most schools have had some form of pupil council for generations. They typically consist of democratically elected representatives who discuss, debate and agree on proposals about day to day school life. Sometimes, they respond to topics on which the school has sought their opinion or just offer a sounding board for policies and developments which affect them. For example, in my own school, we asked the junior pupils what they felt about school lunches. Members of the School Council met with the Catering Manager to discuss changes to the menus and, as a result, he has taken on board some of their suggestions. It's a common theme in many schools, prep and senior.

But what is particularly interesting was the discussion went beyond just food. The pupils also discussed single-use plastic at lunchtimes because they were about to present an assembly to their peers about plastic pollution and what needs to change in school. Far from being just an inward-looking discussion about the pros and cons of certain foods, it became a much more outward-looking debate on the environmental impact of the school.

"It's not so long ago that successive school councils would be obsessed with school uniform – skirt lengths, ear-rings, and what constitutes a 'plain' coat or a 'logo' on a shoe. Today, it's the big issues like plastics, climate change, the fashion industry, mental health, body image, inequality, cyberbullying and, let's not forget, Brexit."

Indeed, it's interesting to note the changing tone of many issues. It's not so long ago that successive school councils would be obsessed with school uniform – skirt lengths, ear-rings, and what constitutes a 'plain' coat or a 'logo' on a shoe. Today, it's the big issues like plastics, climate change, the fashion industry, mental health, body image, inequality, cyberbullying and, let's not forget, Brexit. Young people are becoming attuned to the major issues at increasingly younger ages. In our senior school, we have recently completed a mental health audit because sixth formers on the School Council felt we needed to draw more attention to this area of school life. They wanted us to come up with ways in which we could be more supportive of those young people in our midst who might be feeling anxious and distressed.

The changing face of the internet and our now wholly-digital world is undoubtedly a contributory factor. In my own youth, those 'big issues' would only enter our consciousness after we had watched a television news bulletin or read the daily newspaper. Today, children – and their parents – are forced to consider these issues as often as they care to look at a screen. More than that, the binary code behind everything we do online is fed into complex algorithms which provide us with an unvarying diet of 'more of the same'. If we only view information which supports our existing world view, it is not surprising that a seed of curiosity soon blooms into a belief which, without the sunlight of debate and discussion, may develop into highly polarised ways of thinking.

Whilst it's good that children are engaging with the issues of the day, it is also the role of schools and school leaders to enable children to consider all aspects, opinions and facts respectfully and logically. We all recognise that it's essential that pupils have a voice within the environment in which they spend so much time – their school – and that decisions are not always seen as top-down impositions. But at the same time, we need to help them to develop their critical thinking skills so that they are able to evaluate the information which they receive. They need the ability to decide what is worth their attention and support – and what is merely sensationalist or even just 'fake news'. We do not want to do anything to dampen their spirit nor attempt to change their opinions, but we must help them to be critical in their thinking.

"Whilst it's good that children are engaging with the issues of the day, it is also the role of schools and school leaders to enable children to consider all aspects, opinions and facts respectfully and logically."

Once pupils have formed their opinions, they also need the tools to express them. There are many opportunities in school to tune these skills. The ability to discuss calmly those topics which arouse passionate opinions is the hallmark of school debating and one which school forums strive to achieve. Many senior schools are also involved in MUNs (Model United Nations) where pupils from different schools come together to debate world issues. Taking on the role (and views) of member states, the pupils need to reach informed consensus on polarising issues, react quickly to respond to an imagined crisis scenario and look for imaginative solutions. The skills they learn are those most sought-after from future employers and the experience is, therefore, invaluable.

To the more cynical, they saw something ironic about school children going on strike over climate change the day before a proportion of them might do contradictory things, such as flying on highly polluting aircraft for a half term skiing holiday. There is always the danger of people jumping on bandwagons without making the personal sacrifice required (or understanding the consequences) to make their wishes a reality. But surely we should be proud that the younger generation feels passionate about something so vital for the good of mankind? Many headteachers sought to channel the feelings expressed into a concrete change within their school which would have a beneficial impact on the world around them.

At its heart, this is all about how our schools can help pupils to develop their own independent beliefs and opinions. Our role as schools is to empower pupils to express these views both appropriately and effectively whilst, in the process, becoming a powerful voice for the future. 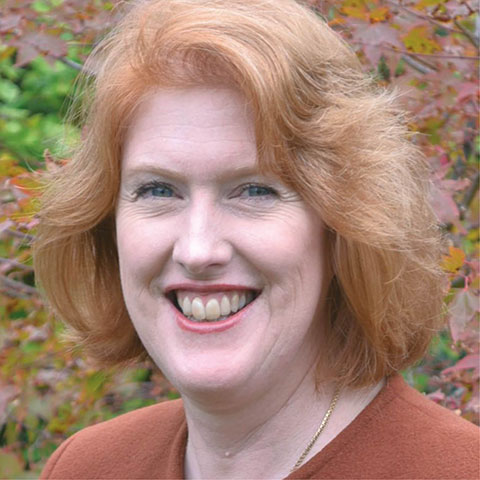 Sue Hincks is Headmistress of Bolton School Girls' Division, a day school for girls from nursery to Sixth Form. As one of the North's pre-eminent schools, it helps every girl discover her unique talents and strengths. Sue was the 2019 President of the Girls' Schools Association (GSA).

5 min read The real abilities of pupils can be overlooked due to the standardised hoops they need to jump through to gain entry to senior school. Simon Larter-Evans of St Paul's Cathedral School takes a deliberately provocative look at Cognitive Ability Tests.

Returning in a new spirit

5 min read The return to school will be harder for children than after the last lockdown, foresees Colin Baty, Head of Bedales Prep, Dunhurst. But it is also the time to take a fresh approach to how children learn.

Reassuring values from the past

5 min read The new normal is bringing myriad challenges for schools and pupils – especially those at boarding schools. Tim Hands of Winchester College explores what our future educational provision might learn from the past.