St Joseph's In The Park

St Joseph's in The Park is an IAPS for Girls and Boys aged 3 to 11years in Hertfordshire.

St Joseph's In The Park has a total of 152 pupils. 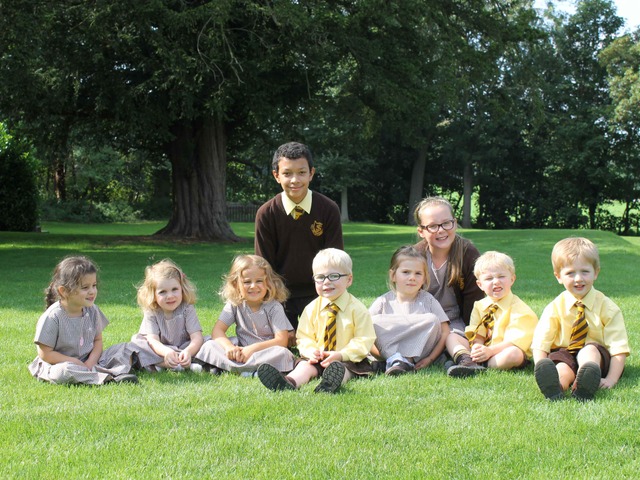 About St Joseph's In The Park

St Joseph’s In The Park is set in beautiful parkland in the village of Hertingfordbury near Hertford. It is independent and co-educational for children between the ages of 3 and 11. It is a special school.  It is special because of the relationships between the people that make up the community: children, parents, past pupils, staff and governors.  Our recent ISI inspection report bears out this belief and judged us to be Excellent in all areas. As a consequence, the links within the community are strong and unique. All agree on the one certainty at the heart of primary education: confidence and self-esteem bring about success. St Joseph’s In The Park looks after the children through all of their social, academic and physical experiences and builds steadily in the course of the child’s life at school, developing knowledge and skills for future growth. Support for learning permeates the teaching culture across the school whether for specific learning difficulties or for able and talented children. Staff encourage, praise, and are honest. St Joseph’s In The Park is proud of all the children’s achievements.

News from St Joseph's In The Park

Baroness Floella Benjamin made Prize Giving extra special for the pupils of St Joseph's In The Park this summer.

The children of St Joseph’s In The Park enjoyed a heart-warming and inspiring Prize Giving ceremony with a twist thanks to Baroness Floella Benjamin OBE. Floella used her acting skills, singing talent and natural warmth and generosity to make the event a very special day for pupils and parents. Each child who received a prize also received a ‘Floella hug’ – an uplifting change from the traditional handshake.

Baroness Benjamin told the children about her life lesson 3Cs - Consideration, Contentment and Confidence. If they can be considerate to others, content with life and have confidence in themselves and their abilities this will help them throughout their lives.

She explained how she had experienced bullying and discrimination in her early life and how the 3Cs had helped her to overcome difficulties and to achieve success and happiness. She used her considerable acting skills to tell the story of The Three Little Pigs. “Never do things by half and always do the best you can just as the clever bricklaying pig did.” She finished with a moving performance of the song ‘Smile’, composed by Charlie Chaplin, which also had a powerful message for children and parents.

Baroness Benjamin is Trinidadian-British and well known as the presenter of Play School and Play Away. She is an actress, author, broadcaster and parliamentarian who was made a life peer in 2010, has a strong interest in primary education and supports many charities. Headmaster Douglas Brown thanked Floella and said that it had been a truly memorable and inspiring day for the whole school.

A group from St Joseph’s In The Park were delighted when celebrity actor Simon Pegg chose them to win the Readers’ Theatre Competition at the recent STAHS Children’s Book Festival and presented their prizes.

The girls faced stiff competition from several school teams who were invited to act out a children’s book with no props, only limited movement on the stage and good use of their voices. Simon Pegg complemented them for working well as a team, with good expression, performing creatively and really bringing the story alive for the audience.

Isla, Maisie, Sophia, Alice and Grace chose ‘Bumble Bear’ as their story and devised the performance as a group in the week leading up to the Festival. All recently took LAMDA exams and this helped their teamwork and imagination.

The girls were excited to meet the superstar actor, writer and comedian and famous authors including David Baddiel, Robin Stevens, Jonathan Stroud and James Mayhew who all took part in workshops and readings at the inaugural Book Festival.

Year 6 pupils celebrated their recent scholarship and secondary school success with a week of activities and trips outside the classroom. The school's wide and varied curriculum with interesting trips and activities brings education to life.

Headmaster Douglas Brown congratulated all the pupils. “The staff are very proud of the children’s achievements and recognise all the hard work they have put in this year.”

Year 6 celebrated with ‘Opportunities Week’ – a chance to experience life outside the classroom with visits to the Houses of Parliament; a day behind the scenes at Stansted Airport; Indoor Skydiving at Milton Keynes; Crossfit training in St Albans and a day out at The Edge where they tackled one of the largest high ropes courses in Hertfordshire.

“It is important for the school to provide a great deal more than just exam success, we offer a wide and varied curriculum, enhanced by a diverse and complementary extra-curricular programme which is designed to equip children for the modern and changing world. Pupils are encouraged to develop learning habits; such as curiosity, persistence and independence which will stand them in good stead for future careers. The focus of any curriculum should not simply be on attainment, but on producing confident, well-rounded children who can contribute and have a value in society,” said Douglas Brown.

Local MP, Mark Prisk recently visited St Joseph’s In The Park to hold a ‘question and answer’ session with its pupils.

Mr Prisk outlined the duties of an MP in Parliament and in the local constituency before answering a series of questions which the children had prepared earlier in their PSHE lessons. The thoughtful questions included asking Mr Prisk how he became interested in politics, the path to becoming an MP and his proudest moment as well as the inevitable questions about Brexit.

Headmaster Douglas Brown said ‘As a school, we are very grateful to Mr Prisk for giving up his valuable time and for explaining the role of an MP, especially with all that is happening in Parliament at this time'.

'Tomorrow's World' was the theme of the Big Bang @ St Joseph's In The Park STEM event. The school invited 150 children from local schools for a series of interactive workshops run by experts in the field including QMUL, GSK, Airbus and Setpoint

St Joseph's In the Park, the independent prep school in Hertingfordbury, Hertfordshire literally doubled in size this month when it hosted its biennial STEM festival. The Big Bang @ St Joseph's In the Park had 'Tomorrow's World' as its theme and the hands-on, minds-on learning of the 150 children, who visited from local state schools, was firmly focused on acknowledging, understanding and tackling the issues of the future.

Workshops were presented by Setpoint, Airbus Defence and Space, GlaxoSmithKline, Queen Mary University of London, local independent secondary schools and STEM ambassadors, who enhanced the STEM curriculum by providing fun and interesting activities, including acid rain and its cause and effects, avoiding plastic, asthma and respiratory problems, 'from mouthwash to saving babies' lives', air pollution and its effects on the unborn child, 3D printing for spacecraft, the use of optics to transmit sound, structures, space, mathematics, rocket launching and team problem-solving.

St Joseph's In The Park welcomed the Marquess of Salisbury as Guest of Honour to Prize Giving at the end of the summer term. The school celebrated its 120th Anniversary with the official opening of the new Parklands building.

Lord Salisbury unveiled a plaque to mark the opening of Parklands and extensive new facilities throughout the school including a new Science Room, Library, Classrooms, Cloakrooms, Staffroom and Offices.  The choir sang and the Archdeacon of Hertford read out a prayer of dedication to mark an exciting new chapter in the school's history.

Lord Salisbury addressed the audience a Prize Giving and joined Headmaster Douglas Brown in stressing the importance of education and encouraging the children to embrace change and the advances in technology.

The Discovery CREST awards are a nationwide Science scheme run by the British Association for the advancement of Science and is supported by GlaxoSmithKline.

Primary aged children have to carry out practical investigations to achieve their Star, Super Star and then MegaStar award.

St Joseph’s became involved through the Science Ambassador scheme where working Scientists support schools to carry out real science. The Year 5 children visited the GSK “Science show” and saw a range of exciting experiments. They were then invited along with other schools to take part in the MegaStar investigation called Plastic Milk. With the support of an Ambassador (Dr Lowe, GSK) the children found out how to make plastic out of milk, this was quite a common process in the 1900’s to make buttons and jewellery.

To achieve their MegaStar award the children had to find the best recipe for making plastic milk by altering temperature, acid and milk type. The children worked in groups and carried out different investigations before finally concluding which combination gave them the best product.

The children then produced posters to show their results and conclusions - See photos attached.

Mr Brown, Headmaster, commented “This is a remarkable achievement by our Year 5 pupils especially when you consider that the Discovery CREST Award is aimed for secondary school aged pupils (Year 7+). It is a magnificent testament to St Joseph’s STEM (Science, Technology, Engineering and Maths) prowess”.

Notes to Editors:
St Joseph’s in The Park, founded in 1898, is an independent co-educational preparatory school for pupils aged 3 to 11. The school is located in the beautiful and tranquil grounds of Hertingfordbury Park and was found to be excellent in all areas in the 2014 ISI inspection.

Since 2013 the Independent Association of Prep Schools (IAPS) has been running an annual art competition, the IAPS Art Competition (or iART Competition). This is an opportunity for IAPS schools, like St Joseph’s In The Park, to focus on the innovative and inspiring artwork produced by their pupils.

Alice will be presented with her prize at an awards ceremony and celebration evening at the Slate Gallery in Leamington Spa on Monday 25th June 2018.

St Joseph’s In The Park Headteacher, Mr Brown, commented “Alice’s achievement is much deserved and is a testament to her natural artistic talent. The whole of the school are so proud of Alice”.