Bede's Prep is a coeducational independent Day and Boarding school.

Our Prep School pupils, aged 4-13, work towards common entrance before they successfully move up to their next school.

Bede's Prep School is based in Eastbourne, nestled on a cliff top above Beachy Head, with stunning views of the sea.

Life is very busy here, with children enjoying a full and balanced programme of learning, where belief in the individual and our holistic educational philosophy focuses on the needs of each and every child.

Bede's Preparatory School has a total of 373 pupils. 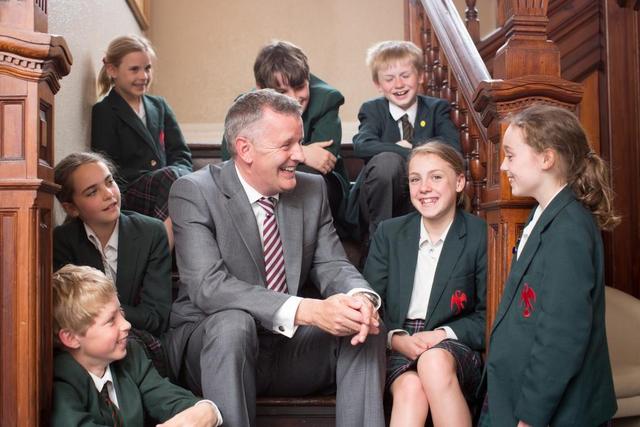 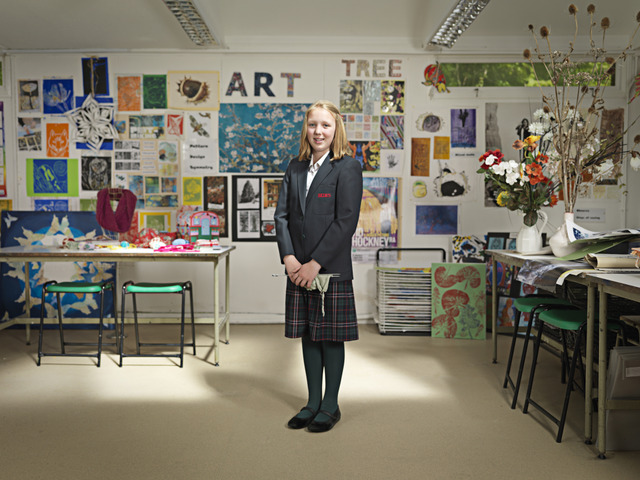 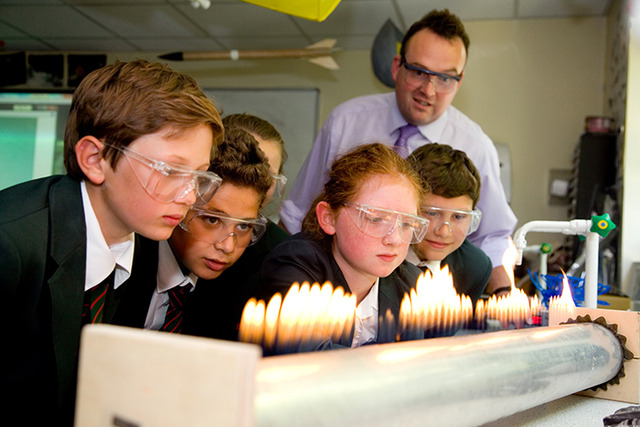 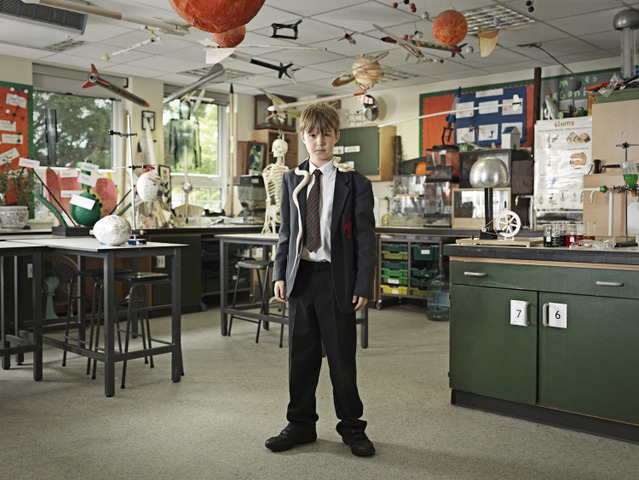 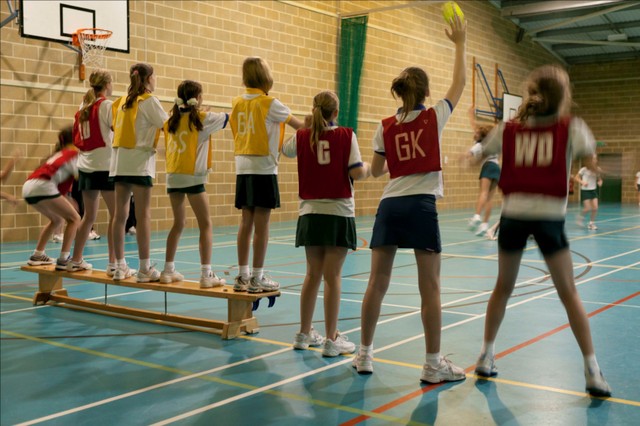 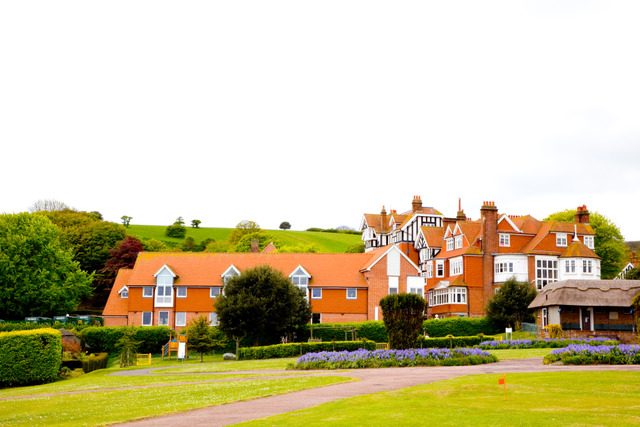 Bede's Prep School has a reputation for offering innovation in the classroom, expansive opportunities outside of it and outstanding care in every aspect of school life - both in the boarding house and for our many day pupils.

Based in Eastbourne and with easy travel links to Gatwick, our site borders South Downs National Park and is nestled on a cliff top above Beachy Head with stunning views of the sea.

Ours is an holistic educational philosophy, meaning that we develop every aspect of a young person. We believe in providing children with rich learning opportunities that stimulate and broaden their knowledge, skills and understanding, engaging them in practical experiences which bring learning to life.

Children at all of the Bede's schools make independent choices and decisions about their participation in school life, become involved in the organisation, management and leadership of activities and take part in our expansive Co-Curricular Programme for myriad reasons - recreational, competitive or educational.

More than anything however, pupils feel empowered at Bede's.

This is because we are a school which enriches young people in the round so that they may lead full, worthwhile lives as confident, balanced members of their communities.

Children at Bede’s Prep in Eastbourne have been busy collecting tins of food for the School’s annual Harvest Festival collection, which will be given to the local foodbank to help local families in need during Half Term.

Miriam McDonell, Charities Coordinator at Bede’s Prep, comments, “Historically, school summer holidays were designated to allow children in rural areas of the country the time to assist their families with bringing in the harvest. Although things have changed a great deal over the years, staff and pupils at Bede's Prep always gather together as a community each harvest time to celebrate and give thanks for the food we eat. We are delighted to donate food to help people in our local community.”

All Bede's Prep pupils in Years 3 to 8 joined together for a whole-school walk across the South Downs in aid of the Raystede Centre for Animal Welfare, raising £4,000 for the charity.

The walk, which took place over the summer, started in the picturesque village of Alfriston and finished in Eastbourne. As in previous years, the children wore bright t-shirts to signify their year groups, and created a sea of colour as they made their way across the Downs.

Bede’s Prep and Nursery in Eastbourne is hosting an Open Morning on Saturday 28 September from 9.30am to 12noon. To register, please contact Rachel Lewis by telephone on 01323 734222, by email via prep.admissions@bedes.org, or by visiting bedes.org.

On Friday 21 June, 140 Bede’s Prep pupils from Years 2 to 6 travelled to the Devonshire Park, Eastbourne for The Nature Valley International Tennis tournament.

Jane Nash, Head of Tennis at Bede’s Prep, says, “It was fantastic to watch the world-class tennis players in their warm up tournament before Wimbledon. Blessed with a beautiful weather, all the children enjoyed ice creams while they watched the best players in the world compete on their doorstep!”

Friends of Bede’s Prep in Eastbourne has raised £17,000 for the Ronald McDonald House in Brighton.

The funds were raised throughout the year with a number of charity events for parents and pupils, including quiz nights, fairs and the Friends’ successful Spring Ball.

Samantha Williams, Chair of the Friends of Bede’s Prep, says, “We would like to pass on our thanks to Sally and Abi from Ronald McDonald House Charities, who have supported us throughout the year. This huge amount of money simply couldn't have been raised without the committed and enthusiastic Friends of Bede's Prep and support from the school community, and so a huge thank you to everyone involved.”

Giles Entwisle, Headmaster at Bede’s Prep, adds, “The Friends are a very dedicated group of individuals, who do so much vital work for the School and local charities. They are there for everybody; whether you are a parent in our Nursery, Pre-School, Pre-Prep or Prep School, the Friends encourage all of us to become as involved as we feel able. They are a friendly and welcoming group, and we are incredibly lucky to have them.”

Four talented writers from Bede’s Prep School in Eastbourne have reached the finals of the national Wicked Young Writer Awards 2019.

Sherry Wilson, Head of English at Bede’s Prep, says, “This year is one of the most highly contested awards since it began in 2010, with nearly 5,000 entries submitted in the national competition. The Wicked Young Writer Awards have reported that the quality of the entries this year is excellent, so for our pupils to be selected as one of the 20 finalists in their category is a huge achievement.”

The judges, including bestselling authors Cressida Cowell and Michael Morpurgo, will join the Bede’s Prep finalists at the Awards ceremony in London on Thursday 20 June, when they will announce the winner of each age category.

It has been an exciting a couple of weeks for Bede’s Prep’s cricket and tennis teams who triumphed in two high-profile tournaments.

On Wednesday 22 May, Bede’s Senior School in Upper Dicker hosted the annual IAPS U11 Girls Cricket Tournament, with the Bede’s Prep A team declared the winners at the end of the afternoon.

Kellie Larkin, Coach at Bede’s Prep School, says, “Each game was very exciting, with outstanding batting, bowling and fielding shown by all players. The teams conducted themselves in a wonderfully sporting manner and demonstrated excellent sportsmanship. It was a lovely afternoon of cricket played in the sunshine and it was fantastic to see so many girls taking part in the sport. I look forward to next year!”

On Friday 24 May, Bede’s Senior School welcomed 30 teams from across the county for the U12 and U13 Sussex County Tennis Championships, with the Bede’s Prep Girls team once again lifting the trophy.

Jane Nash, Head of Tennis at Bede’s Prep, says, “Emily, Sofia, Ella and Romilly played some world-class tennis all the way though the rounds and shone in a brilliant final against Burgess Hill School for Girls. In the Boys event, the Bede's team – Jack, Miguel, Archie and Reha – played extremely well making it to the semi-finals, but missed a place in the final by just one point! Congratulations also to Rosie, who won the Individual Fair Play award.”

Bede’s Prep Triumphs at U13 and U11 Tennis Tournaments

Bede’s Prep Triumphs at U13 and U11 Tennis Tournaments

On Saturday 11 May, Bede’s Prep were declared the winners at the annual U13 Tennis Tournament at Mayfield School for Girls, which saw 20 teams compete from across Sussex and Kent in an exciting afternoon of tennis.

Bede’s Prep lifted the trophy following their win in the final against Benenden.

On Friday 17 May, it was Bede’s turn to host the U11 County Tennis Championships at the Senior School in Upper Dicker. Twenty teams from across Sussex battled for the title, and after an exciting final match against Brighton College Prep, the Bede’s Prep U11 Girls team lifted the trophy as Sussex County Champions 2019.

The event was attended by the LTA, who determined the Fair Play awards. Bede’s girl Bea won the Individual U11 Girl prize, while the Bede’s U11 Boys team took home the Team Fair Play award.

Jane Nash, Head of Tennis at Bede’s Prep, says, “It was a joy to take part in both tournaments, both of which saw some fantastic competitive tennis – despite the very British Summer weather! We are incredibly proud of all of our pupils for their brilliant game play and sportsmanship – they are thoroughly deserving of all of their accomplishments. We can’t wait to get back on the court for more training and competitions!”

On Friday 10 May, over 200 pupils from Bede’s Prep and Senior Schools volunteered their time to litter pick at local public spaces for Eastbourne’s Great Park Clean, which was organised by Oliver Sterno of the Plastic Free Eastbourne campaign.

Bede’s Prep pupils in Years 3 to 8 volunteered in groups to clean park spaces in the nearby Meads End area, while pupils from the Lower Fifth to Upper Sixth at Bede’s Senior School in Upper Dicker were assigned Five Acres Field.

Mr Giles Entwisle, Headmaster at Bede’s Prep, says, “Having anticipated collecting a fairly small amount of waste, I was surprised by the amount of litter that the pupils managed to uncover and clear away from a relatively small area. Members of the public were forthcoming with positive feedback and the pupils really enjoyed doing something practical to take care of their local environment. Well done to all those who took part.”

Mrs Mary Leggett, Head of Partnerships and Social Responsibility, led the Bede’s Senior School group. She adds, “It was a wonderful morning, and all pupils felt it was such a great and worthwhile event – with many wanting to take part in environmental clean-up events on a regular basis. Members of the public approached the pupils to say thank you and were so appreciative of the pupils’ efforts. It was a very successful day.”

The event followed a Plastic Free Eastbourne workshop at Bede’s Senior School with Sixth Form pupils, focussing on how they could contribute to caring for the environment at the beginning of May.