Hoe Bridge School is set in a perfect location on the outskirts of Woking, Surrey surrounded by 22 acres of beautiful grounds and woodland and is only 20 minutes from London. It is an IAPS for boys & girls aged between 2 1/2 and 13. It has an extremely good reputation and is constantly striving to preserve the atmosphere, improve results and explore all possibilities for enriching both the School and the children. 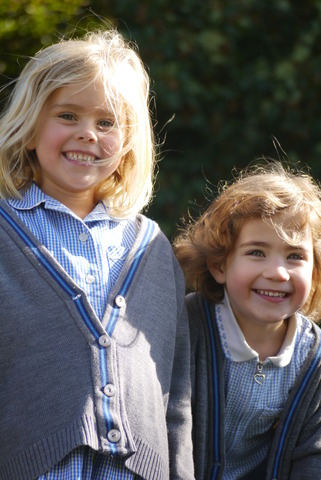 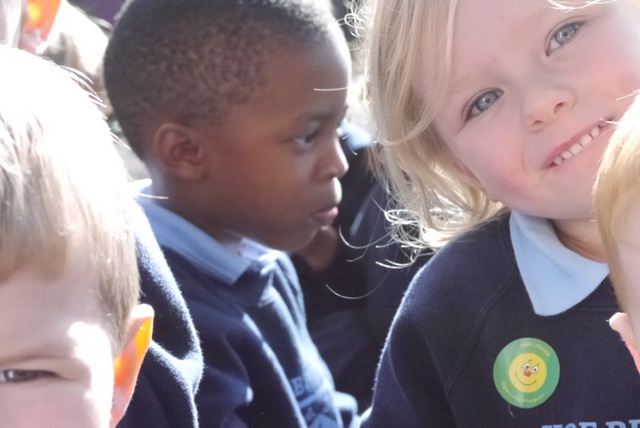 Hoe Bridge School is set in a perfect location on the outskirts of Woking surrounded by 22 acres of beautiful grounds and woodland and is only 20 minutes from London. At the heart of Hoe Bridge stands the stunning 17th century mansion, Hoe Place. Hoe Place is steeped in history and was once the favourite retreat for Lady Castlemaine, one of the mistresses of King Charles II. Major development has taken place over the past few years and the school now boasts outstanding and 21st century facilities. These facilities are second to none and we are immensely proud of the successes and achievements of our children as they take full advantage of all that is available to them here, the children are equally proud to call Hoe Bridge their school. The Pre-Prep department is located in its own purpose built building and achieved “Outstanding” throughout at our last inspection. From Nursery to Year 2 the creative curriculum followed at the Pre-Prep enables the children to learn through play, adventure, discovery and experience. Transition to the Prep Department is seamless and as children mature they become increasingly independent learners in preparation for the move to senior school. The results achieved by the children across the ability range are outstanding leading to success at some of the country’s leading schools. The pupils are inspired by dedicated staff, lessons are rigorous and interactive and achievement is excellent. Alongside the academics sport, music, art and drama play a major part throughout the school and children excel in many areas; end of year productions; sporting excellence achieving national success in netball and hockey, county success in cricket and football; individual musical success in national youth orchestras and choirs and a spectacular annual art exhibition. Scholarships in all these areas are won every year to a variety of schools across the country. “The pupils’ successes in academic work, sport and music, both individually and in groups, are due to their excellent attitudes to learning.” Latest ISI Inspection Report. Senior pupils in Years 7 and 8 take part in regular extra-curricular activities such as Bush Craft weekends, French trips, cricket and netball tours and are challenged by preparing and presenting a gourmet meal to their parents. It is at this stage of their time at Hoe Bridge that they take on extra responsibility becoming prefects and role models to the younger children. The atmosphere of every school is unique and we consider the strength and attraction of Hoe Bridge to lie in the atmosphere here. Created by the staff and children it combines warmth, care, good relations and pride in achievement. The children spend ten years at Hoe Bridge. These are formative years and they should be ten happy and rewarding ones and aim is to do the very best for each child. Standards and targets are realistic, though set as high as possible, the bright are challenged and the less able supported; we endeavour to instil confidence in all our children. Visitors are amazed how happy the children are, how determined they are to succeed and how much they care about each other. The School has an extremely good reputation and we are constantly striving to preserve the atmosphere, improve our results and explore all possibilities for enriching both the School and the children.

Pupils and staff in the Pre-Prep Department at Hoe Bridge School celebrated Children In Need last week by going 'dotty' for the day and raising money for this super cause.

The children and staff in the Pre-Prep Department of Hoe Bridge School went 'dotty' for Children In Need by dressing up in polka dots and holding a Polka Dot Picnic for lunch which included delicious Pudsey Bear biscuits. Activities were held throughout the day which the children took part in including collecting as much loose change in envelopes as possible, guessing the weight or how many polka dot smarties there were on top of the cake which was hand made by one of their Teaching Assistants, Sally. There were 415 smarties on top which unfortunately no one guessed correctly but a pupil in Year 2 guessed the weight exactly at 2.8 kg, she and her little sister were delighted! An astonishing £601 was raised in just one day!

The Head of Pre-Prep at Hoe Bridge School has been awarded an Outstanding Service Award at the annual Independent Association of Prep Schools Heads’ conference.

Linda Renfrew, Head of Pre-Prep at the school in Old Woking has been honored by the Independent Association of Prep Schools with an Outstanding Service Award whilst attending the annual IAPS Heads’ conference in Edinburgh. After being piped in to the spectacular atrium setting of the city’s museum and before an audience of 650 heads and guests, Mr David Hanson, CEO of IAPS, praised Linda for her dedication to Pre-Preps over many years as he presented her with the award.

Linda first worked with IAPS in 1985 and has continued since then to support the association and promote Pre-Prep education. She became a member of IAPS in 2003 when membership was widened to include Pre-Prep heads and has run conferences, courses and been an invited member of the Education and Strategy Committee; represented Pre-Preps at IAPS Council and been an active member of the Pre-Prep Advisory Group.

"This award is so special to me," Linda said during her thank you speech, "to be given this in my home town where I started my teaching career almost 40 years ago to the day and in front of so many respected heads and colleagues is over whelming."

In a recent chat with Nursery children at her school someone described her as ‘The Boss’, not a term she likes to use about herself, to which a three year old little girl burst out laughing and said ‘She’s not the boss!’ "You can always trust a three year old to put you in your place!" remarked Linda.

Once back in Surrey, she showed off her award to the children at assembly and told them why she had been given it. Once the applause and cheering had finished it was back to work as normal.

What a fantastic day we had at our Dingle Dangle Scarecrow Day! Sun, hay and lots of children getting the chance to stroke, brush & cuddle the animals!

On Friday 5 May Hoe Bridge School hosted a Farm Day in the meadow just next to the Pre-Prep Department. It was a fantastic day with sun, hay and lots of children getting the chance to stroke, brush & cuddle the animals! The mobile farm from Mill Cottage Farm came for the day and local Nursery schools visited with their parents and entered scarecrows into a competition held at the same time. A truly wonderful experience!

Year 2 children from Hoe Bridge Pre-Prep were delighted to represent their school at Greenfield School’s Maths Challenge and 5 a side Football Tournament last week.

Year 2 children from Hoe Bridge School Pre-Prep were delighted to represent their school at Greenfield School’s Maths Challenge and 5 a side Football Tournament last week. In the maths challenge they had to solve all sorts of mathematical problems under pressure of time and they were thrilled when one of their pairs was announced as winners. Meanwhile the football team drew one match and won 5 and they too were declared the tournament champions! A very good week for Hoe Bridge Pre-Prep pupils - well done Year 2!

Thursday 24 September was a day of celebration for Hoe Bridge School. After a year long building project the newly refurbished and enlarged Pre-Prep Department was officially declared 'Open!' The school now boasts one of the largest Nursery units in the county.

Thursday 24 September was a day of celebration for Hoe Bridge School. After a year long building project the newly refurbished and enlarged Pre-Prep Department was officially declared 'Open!' The school now boasts one of the largest Nursery units in the county and has state of the art facilities in its ICT, Library and Music rooms.

The day itself began with a visit to the school by Curtis Jobling, author, illustrator and creator of Bob the Builder and RaRa the Lion to name but a few of his characters. He enthralled the children in a series of workshops bringing his characters to life in an animated presentation which included the teaching staff taking on the roles of animals in a zoo! All the children went home with their own drawings of 'Bob'!

In the evening an invited guest list of governors, head teachers, architects, staff and parents witnessed Her Majesty's Lord-Lieutenant of Surrey, Mr Michael More-Molyneux unveil a commemorative plaque. This was his first duty in his official capacity as Her Majesty's Representative in Surrey. Head of Pre-Prep Linda Renfrew said that the building project was like having children, months in the planning, waiting and expectation. She said... 'It all got a bit fraught and somewhat painful towards the end but the finished result was so worth waiting for that all the pain and anguish was quickly forgotten!'

Election fever gripped Hoe Bridge School last week and on Election Day, the Pre-Prep children at the Old Woking school had an important decision to make - which of the Year 8 parties should run their department for a day?

Election fever gripped Hoe Bridge School last week and on Election Day, the Pre-Prep children at the Old Woking school had an important decision to make - which of the Year 8 parties should run their department for a day?

The Green Party was offering a non-uniform day and a visit from a wildlife expert with choc ices at lunch, the Orange Party would allow the children to bring their own toys to school, including bikes and scooters and then have a picnic for lunch and the Blue Party promised no homework or tests and the pupils’ favourite lunch. This last offer proved too tempting and the Blue Party won the election with 124 votes. The Orange Party received 63 votes the Green Party 41. After a week of furious campaigning the children cast their votes in the Polling Station, carefully filling in their ballot papers and posting them in the ballot box. One four year old who was off sick was very worried that he would miss the opportunity to vote, however, Head of Pre-Prep Mrs Linda Renfrew sent a ballot paper home and allowed him a postal vote.

Mrs Renfrew said…. “This was a really worthwhile and fun exercise and teaches even the very young children the basics of a democratic society. Some of our girls and boys, who are aged between three and seven, asked what would happen if there was a draw. I turned the question back to them and they came up with the following options - re-voting for the winning two parties, joining together and ‘muddling up their ideas’, tossing a coin or playing ‘rock, paper, scissors’!”

The pupils are now looking forward to Friday 15 May when the Year 8 pupils will take over and deliver a fun filled day – that is if they keep their promises!’