Cranmore is one of Surrey’s leading prep schools, with a long history of achievement, breadth and excellence, all provided within our fabulous 25-acre site at West Horsley.

Following the recent merger with St Teresa’s we will be offering a diamond-model all-through education from Nursery to A Levels, with a fully integrated curriculum and a smooth path through the two schools. Cranmore will host the Early Years for both schools, then there will be single-sex prep and senior schools at West Horsley and Effingham. From 2025 the Sixth Form at St Teresa’s will become co-educational, completing the pathway.

Particularly exciting for Cranmore is that there will be substantial investment in opening our new senior school for boys, starting in September 2020. State-of-the-art classrooms and highly qualified specialist teaching will give boys aged 11 to 16 an exceptional education to GCSE and beyond, without the stress of 11+ and 13+ transfer examinations.

Cranmore has a total of 361 pupils. 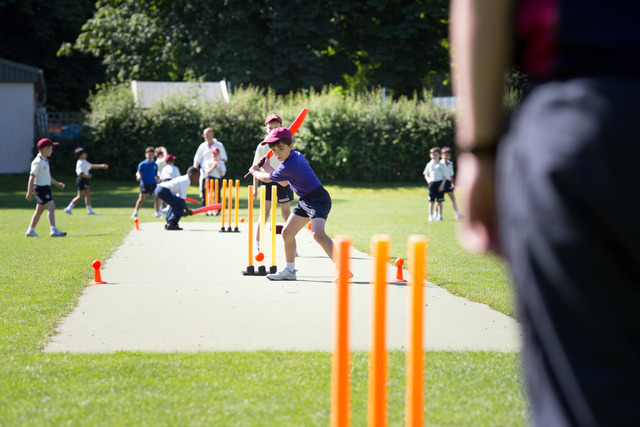 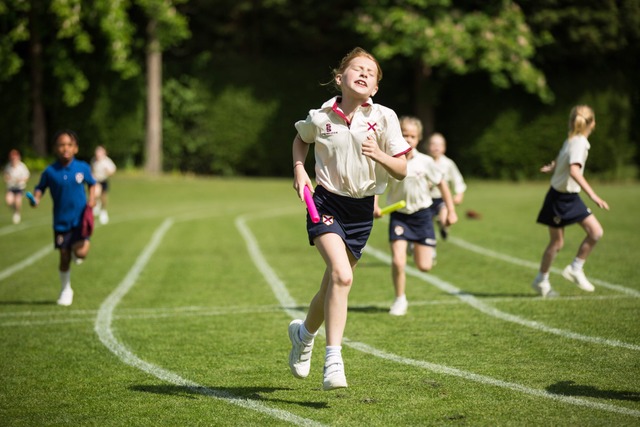 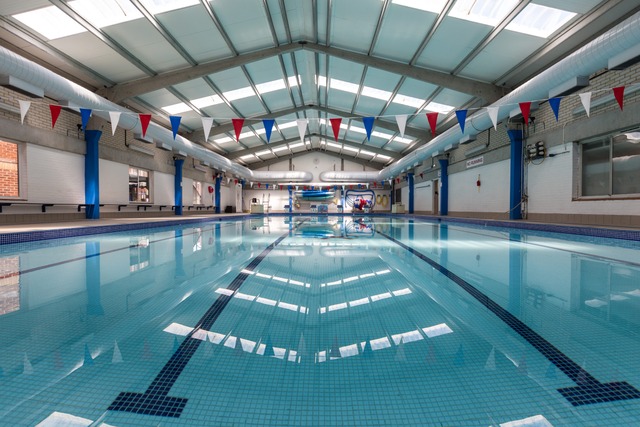 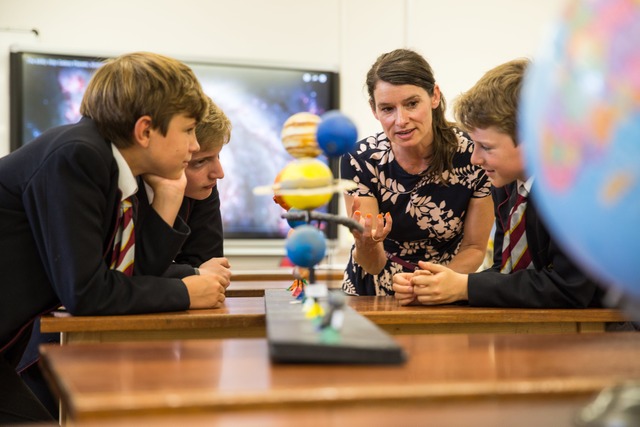 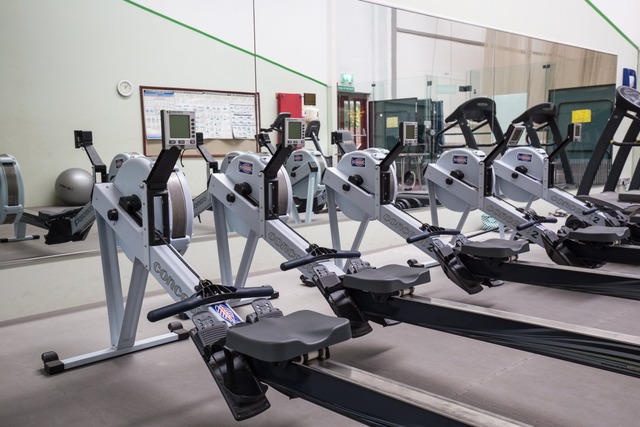 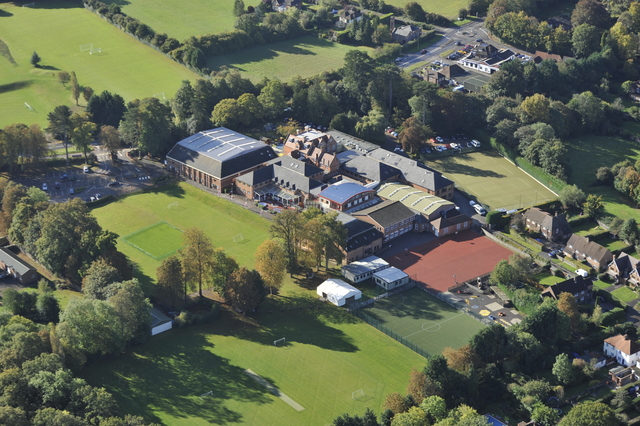 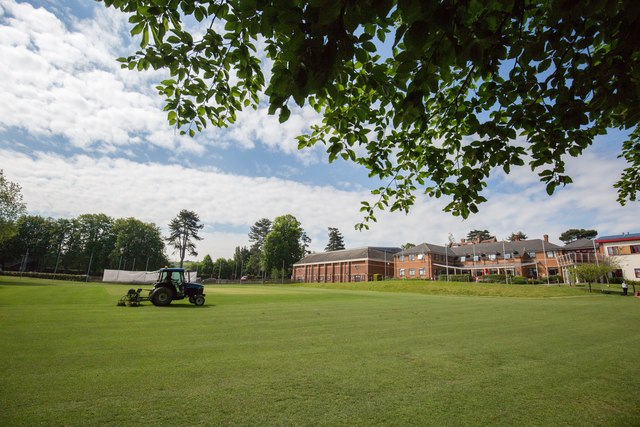 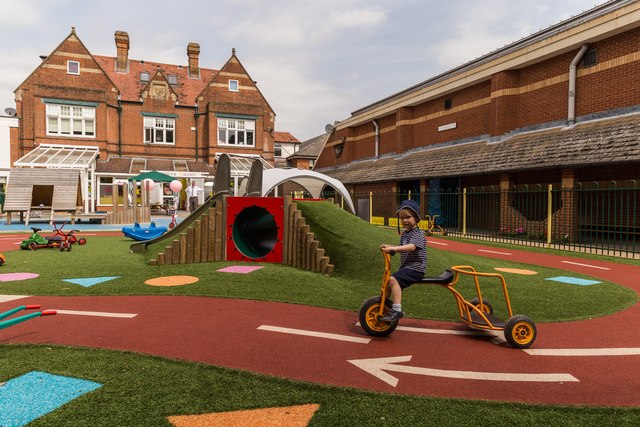 Cranmore has exceptional facilities based on the leafy 25-acre site and achieves excellent academic, sporting and musical results. Dedicated staff offer strong pastoral care based on Christian values and encourage every child to reach their full potential. The sport and music-for-all ethos shines through the entire school, plus the wide range of activities and extra-curricular clubs provide every child with the chance to achieve and increase their sense of self-worth. Main entry points are Nursery, Reception, Year 3, Year 7 (academic, sport and music scholarships are available) plus other year groups subject to space. Cranmore Nursery (from 2 years and rated ‘Outstanding’) is the school’s nursery providing term-time care.

The admissions process normally begins at least a year prior to entry, with prospective parents and students attending an Open Morning and / or having an individual tour of the school and a meeting with the Headmaster.

Parents who would like their son or daughter to be considered for a place complete a registration form and are asked to pay a non-refundable registration fee. Formal entry examinations to the Senior School for boys at age 11 take place in early January (prior to entry the following September).

For the Prep School, there are taster sessions for Nursery and Reception entry and assessment mornings for entry into Years 1, 2, 4, 5 and 6. For entry into Year 3 there is an assessment day for all candidates in early November in the year prior to entry.

News from our link school in Uganda

News from our link school in Uganda

Children from our link school, St Kizito, in Uganda, are delighted to receive gifts from our harvest service held a few weeks ago. The children are totally absorbed with their new books, reading confidently out loud.

Children from our link school, St Kizito, in Uganda, are delighted to receive gifts from our harvest service held a few weeks ago. The children are totally absorbed with their new books, reading confidently out loud.

Thank you to the Cranmore community for such generous gifts.

Year 5 put on a polished performance of ‘Bah Humbug’, an adaption of Dickens’ ‘Christmas Carol’ for their parents and friends.

Year 5 put on a polished performance of ‘Bah Humbug’, an adaption of Dickens’ ‘Christmas Carol’ for their parents and friends.

Director of Sport, Paul Hodgson, writes: Our girls sports teams are on a great run at the moment.

Our girls sports teams are on a great run at the moment. On Thursday, the U8s netball team entered the Cranleigh tournament managing to win all four matches and being presented with the accolade ‘Team of the Tournament’. Monday saw the U8s and U9s hockey teams play against St George’s which turned out to be a great afternoon of hockey despite the damp conditions. There were some excellent skills on show which resulted in two wins and a draw for Cranmore.

The U13s entered the Worth tournament last Wednesday and the afternoon started with a thumping victory in which the squad looked very promising. While they played well to remain unbeaten in their group, injuries and fatigue began to set in which left the squad depleted for the knock out stages. A semi-final exit cut the afternoon short but lots of lessons learnt for the rest of the season. The U11s in the same tournament had a fantastic outing of rugby for the squad. There was plenty of enthusiasm and team spirit which allowed the team to progress to the final. Well done to both squads.

Many other rugby fixtures have taken place across the different age groups against Cranleigh, Danes Hill, Feltonfleet and Trinity school.

On Tuesday, the U11s & U13s squash teams travelled to Lancing to compete in their annual tournament. Both teams played some superb squash to reach the main competition. Unfortunately, the U13s lost in the semi final but the U11 won theirs to reach the final just falling short at the last hurdle. Well done to all those who took part.

Finally, we are very honoured again to be included in the top 50 prep schools by the highly regarded and prestigious ‘The Cricketer’ magazine. Well done to all players, parents and staff.

As part of our charity outreach, we generously donated 135 shoe-boxes to an appeal and all of these will head off to Romania next week to make a lot of children happy at Christmas

As part of our charity outreach, we generously donated 135 shoe-boxes to an appeal and all of these will head off to Romania next week to make a lot of children happy at Christmas

A big thank you to our Chaplaincy Team for helping with this and for the generous donations from our Cranmore families.

Opera highlights from the Theatre in the Woods

Opera highlights from the Theatre in the Woods

A new opera house built across the fields from Cranmore School is too good an opportunity to miss and several of our pupils have performed, since the opening in 2017,in productions of Tosca in 2017, Oklahoma in 2108 and this year, Don Carlo and Porgy & Bess.

Opening night of this year's season in a four-tiered horseshoe auditorium based on La Scala, Milan crouched in the walled grounds of West Horsley Place, Surrey was a night to remember for our lucky musicians with marvellous performances by a star cast including Leonardo Capalbo, Brett Polegato, Ruxandra Donose and Marina Costa Jackson.

Rowing News - Out On the River

Rowing News - Out On the River

Cranmore Rowing Club join forces with Walton Rowing Club sending 6 crews to Bath for the Head of the Avon, a 1000 metre race on the river.

Cranmore Rowing Club joined forces with Walton Rowing Club sending 6 crews to Bath for the Head of the Avon, a 1000 metre race on the river.

It was wonderful to see so many of our rowers competing and a huge thank you to all the parents for all their support on the river bank and help getting the crews out on the water. Training has already started for our next big event at Ghent International Junior Regatta in Belgium.

Deputy Head, Barry Everitt, joined his team-mates to play for Irish Legends in the 30th Anniversary World Rugby Classic in Bermuda recently alongside the Classic Lions, Argentina, Canada, France, Italy, South Africa and the United States. One of the most enjoyable rugby events in the world, the Classic combines high class rugby action with getting “up close and personal” with some of the recently retired stars of international rugby.

Securing victories against France and Canada, the Irish Legends made it through to the final. However, Argentina successfully defended the Bermuda World Rugby Classic title following a 25 – 0 win over Ireland.

Our 'Action Day' is eagerly anticipated each year. Every pupil in the senior dept. (age 8 - 11) puts on a short performance in front of the rest of the school which is sponsored by family and friends. We have sketches, magic tricks, joke telling, dancing, singing, ensemble playing........the list is endless. This is a most enjoyable event whilst the children raise funds for the several charities we support.