Badminton Junior School is an IAPS for girls aged 3 to 11 in Bristol. We aim to educate the girls in our care, rather than simply teach them. Our main purpose is to encourage the girls to develop a love and passion for learning – an easy task when they are taught by such highly motivated, inspirational and genuinely interested teachers. 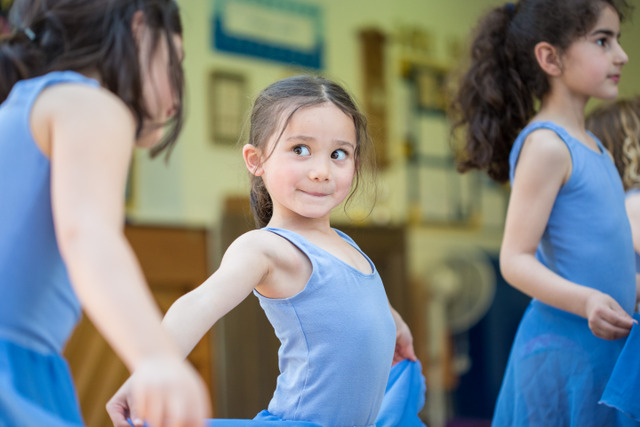 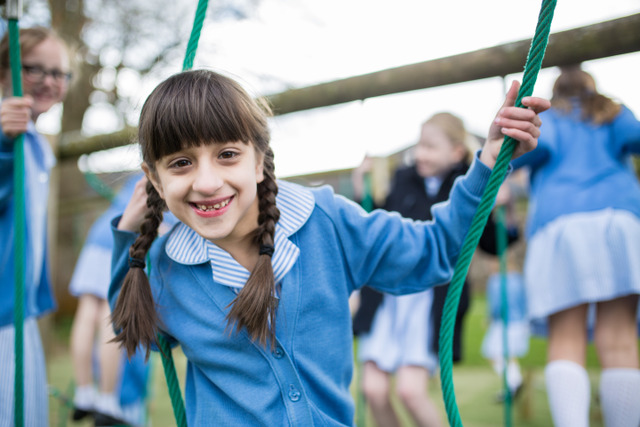 We have high expectations of both pupils and staff but this is tempered by an extremely supportive ethos which encompasses the whole school community; visitors to the school frequently comment about the friendliness of the Junior School.

Our small class sizes and excellent pastoral care ensure that every child reaches her true potential. The teaching staff carefully monitor each pupil’s progress and set achievable targets for the girls to attain. We encourage the girls to make the most of the many opportunities that the Junior School offers so that they can explore and develop their talents and interests. Our extra-curricular activities are many and varied and we consider them to be an integral part of the learning experience.

There is so much that I would like to share with you about the Junior School.  If you would like to find out more it would be my pleasure to meet you in person and to show you around our wonderful school.

Parents are advised to register as early as possible as girls are normally assessed in the 12 months prior to entry. However, we are aware that this is not always possible and we would be happy to accept registration closer to the start date if necessary.

We encourage prospective parents and pupils to visit the school individually or on one of our open mornings, the dates of which can be found on our website, www.badmintonschool.co.uk. Please contact the Admissions Department to make an appointment to visit the School and meet the Headmistress.

The usual entry procedure into the Junior School is as follows:

• Your daughter will be invited to attend a Taster Day where she can ‘experience’ the School and meet girls in her year group, participate in lessons and get a feel for the Badminton community.

• Your daughter will then be assessed during an assessment day, where we will look at every aspect of her abilities in a relaxed environment. Little Acorns attend an informal assessment for one hour, Reception attend for a morning and Juniors attend for a day.

• Where appropriate, we will request a reference from her present school

• A place will be offered or declined

The Year 5 class at Badminton School have been investigating their local geography as part of their Geography lesson. They completed a traffic survey and looked at the various uses of buildings in their local area, drawing a map.

The Year 5 class at Badminton School have been investigating their local geography as part of their Geography lesson. They completed a traffic survey and looked at the various uses of buildings in their local area, drawing a map.

Chloe, chose Henleaze High Street and after talking about new urban designs and pollution, the next task was for her to write a (fictional) letter to a local newspaper with ideas of changes to the local high street. Chloe suggested pedestrianisation which could turn out to be quite a talking point locally…

“Dear Editor, I think that the Henleaze High Street should be closed to cars. This is because an innocent child could die! Would you want that to happen? What about all the air pollution going to the school nearby? Safety first, right? Today lots more people use bikes and no cars on the road would mean it would be safer and even more people might cycle. The local shops in the area could benefit as more people could walk past the shops. You could even have a Farmers’ Market in the middle of the road.

Badminton School is holding its Whole School Open Morning on Monday 6th May 2019, from 9.00am.

Badminton School is holding its Senior & Sixth Form Open Morning on Friday 1st March 2019, from 9.00am. Book your place on EventBrite:

We look forward to seeing you there! https://bit.ly/2za8PzR

The Fashion industry is currently one of the most wasteful and polluting and has very limited policies to protect its workers; with many consumers completely unaware of how detrimental, the ‘wear it once’ concept is for the environment.

Badminton is trying to buck this trend and make everyone more aware of the implications the Fashion industry is having on the environment. On Wednesday 7th November, over 40 models took part in the Badminton School catwalk to show off the amazing outfits that have been created over this past term. Our Green Catwalk Fashion Show was organised by Phoebe, A Sixth Form Pupil, studying Art, Geography and Biology, in order to raise awareness of the need for increased sustainability in Fashion. All of the six collections displayed on the catwalk were made from either second hand clothes or clothes that were on sale and risked being sent to landfill, thus supporting a circular economy and reducing waste. Thank you to everyone who took part and helped make this an event to remember. Various teachers highlighted how this was a great opportunity for all year groups to be involved in and for us to come together as a School community due to its cross-curricular nature. Congratulations to Phoebe and all those involved for using their talents and skills in such a positive way.

On Saturday, 10th November, thirty pupils from of Badminton Junior School were honoured take part in The Bristol Festival of Remembrance in Bristol Cathedral.

Joining The Royal British Legion for a special festival of remembrance 100 years after the end of the First World War. The girls laid poppies as they joined a procession through the cathedral during which a list of the British Commonwealth countries was read out. Our girls were honoured to represent many of those allies from around the world. After the procession, they sang ‘Something Inside So Strong’ with Kizzy Morell. It was a poignant service and the girls sounded beautiful in the acoustically pitch perfect Cathedral. They received a long lasting and enthusiastic ovation from the audience. Badminton School was proud to partake in the South West Commemorations on the eve of Armistice 2018 and support the Poppy Appeal.

After spending a year engaging in an in-depth assessment of their Early Years provision, learning environment, strategic aims and partnerships as well as receiving a number of visits from an appointed mentor, Badminton Junior School have been awarded ‘The Bristol Standard’.

After spending a year engaging in an in-depth assessment of their Early Years provision, learning environment, strategic aims and partnerships as well as receiving a number of visits from an appointed mentor, Badminton Junior School have been awarded ‘The Bristol Standard’.

The Bristol Standard is nationally recognised as an outstanding self-evaluation framework that helps Early Years settings and practitioners to develop and improve the quality and effectiveness of their provision through an annual cycle of reflection. The process puts children at the heart of the assessment as organisations are asked to consider how every aspect of their provision benefits them and their development. The framework has been organised into ten dimensions allowing establishments to carefully evaluate each area.

The process provided Badminton Junior School with an opportunity to reflect on the true value of their work and the impact it has on girls in their care and their families. To achieve the award, the School were encouraged to ask themselves why they do what they do, what makes Badminton a great place to learn, what they are proud of and their future aspirations. Every aspect of School life was assessed and documented, from leadership down to the physical environment, with clear targets set. A comprehensive portfolio of evidence and commentary arising from the assessment was then submitted to an independent panel.

Mrs Jones, Early Years Foundation Stage Coordinator at Badminton Junior School commented; “We are delighted to have achieved ‘The Bristol Standard’ again this year. At Badminton Junior School, we are committed to continually improving our Early Years provision through active and on-going self-assessment and it truly is wonderful to receive the recognition which reflects the hard work of all of our staff”.

Badminton Junior School have recently welcomed a new four–legged member to their community; a school dog named Monty. Monty is a black miniature Labradoodle, a breed that is well known for being child friendly, calm and gentle natured, as well as highly intelligent.

Specially trained dogs, like Monty, are frequently used to provide love, comfort and companionship to people in hospitals, retirement homes, schools, and also to people with learning difficulties. Dogs can in addition help to release calming endorphins and improve tactile stimulation.

Ms Davies, Head of the Junior School at Badminton, commented: “We are a small School and pride ourselves on our close-knit, family-like community; the girls and staff are thrilled to welcome Monty to the fold, perfectly completing our family unit. As well as being a lovely companion for the girls, he has encouraged communication, developed the girls’ confidence and provided a calming influence, further adding to and improving the wellbeing of all those in his presence. He regularly joins the Little Acorns for Forest School and the girls love taking him for walks during their breaks".

The Arctic Cabin offers girls at Badminton the space to learn outside of a typical classroom environment, an area to escape the modern world of technology, reflect or simply just spend time with their friends.

Mr Cotterell reinforced the importance of reading to the girls and spoke of how reading is an excellent method to widen ones imagination. He explained how the girls can benefit from their new Arctic Cabin as it provides them with a space to read and write in a peaceful and calm environment. He told the girls that “writing gives you a tremendous sense of freedom” and explained to them that “to be a good writer you must be a good reader, and to be a good reader you must make frequent time in your schedule to read daily”.

Ms Davies, Head of Junior School commented: “We were really pleased to welcome Archie Cotterell to Badminton to open our new Arctic Cabin today. The girls are already looking forward to some of their lessons moving outdoors to this fantastic new space and following Archie’s visit, using the Cabin as a tranquil area to lose themselves in the world of literature”.

Former Badminton School pupil Charlotte Leslie MP found time in the last weeks of Parliament to meet up with 24 girls from her former school during their visit to the Houses of Parliament.

The party of girls aged 10 and 11 were taken on a guided tour of Westminster, which included seeing the Speaker's Procession in the Central Lobby and listening to a foreign affairs debate in the Commons. Pupils from the school in Westbury-on-Trym were impressed to learn that Henry VIII had played real tennis in Westminster Hall and they took part in a tutorial and debate at Portcullis House on law-making.

Ms Leslie, who was elected Conservative MP for Bristol North West in 2010 and is defending the seat at the May 2015 general election, spoke to the girls and urged them to work hard at what they enjoyed. She told them she had known from a young age that she wanted to change things she believed to be wrong.

Year 6 girl Ellie Powell said: "Meeting Charlotte Leslie was inspiring because she showed that she could make a difference."

The London trip continued with a visit to the Cabinet War Rooms, Downing Street, Horse Guards Parade and the National Portrait Gallery.

Mrs Cotterell, deputy head of the junior school, said: “The trip to London and to Parliament in particular was excellent; the girls absorbed the history of the Palace of Westminster and thought carefully about the importance of laws.”